It's December, y'all! How'd that happen?! Once again, my week has been busier than I prefer it to be. It has been so good, though! It started off with a doctor appointment for Mister Christopher. No real news...He's CF at face again, the pressure is up a little, and the tumor is almost gone. We knew it was dead, though. So that bit is good but not exciting, if that makes sense! Other than that & work...I helped decorate the church foyer for Christmas, had a little gathering with my MOPS table (more on that later), and y'all are already aware of the fact that my baby brother is home!!

Dad, Christina, & I went to a wedding today! If you can believe this, I don't usually cry at weddings. But I teared up today, because this couple has waited a long time to become husband and wife. They knew each other in high school, and she began visiting him after he got locked up (around 20 years ago). They fell in love, and she has faithfully visited him all these years. He was in Aaron's group in the IFI Program, and they became great friends. He has been a Christian for almost 10 years and has been a huge encouragement to my baby brother (both as a friend and as a brother in Christ). Aaron was supposed to be in the wedding today, but the only time he's allowed to leave the house on the weekends is for church. Since Dad & I have come to know and love Trey & Sarah, we were honored to have been invited to be a part of their special day! 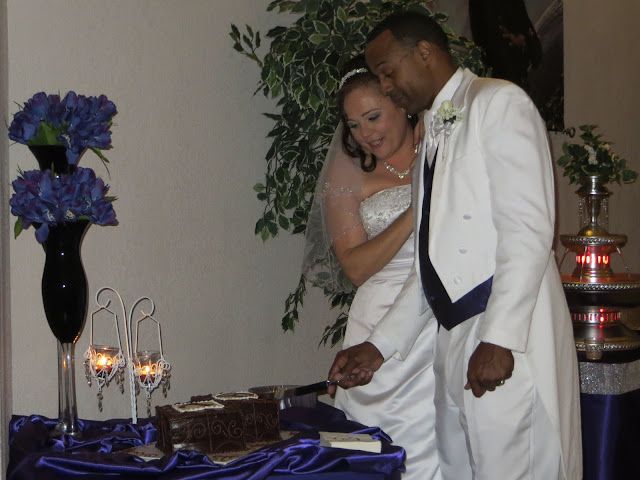 We also got to see Robbie!! He was in our small group for the Alpha Course. {I mentioned him earlier this year when I talked about Bible study starting up again} I hadn't seen him since he got out a few months ago, so it was great to see him & hear how things are going. During the reception he hollered down at me from a balcony, and we took pictures of each other taking pictures of each other! ;) 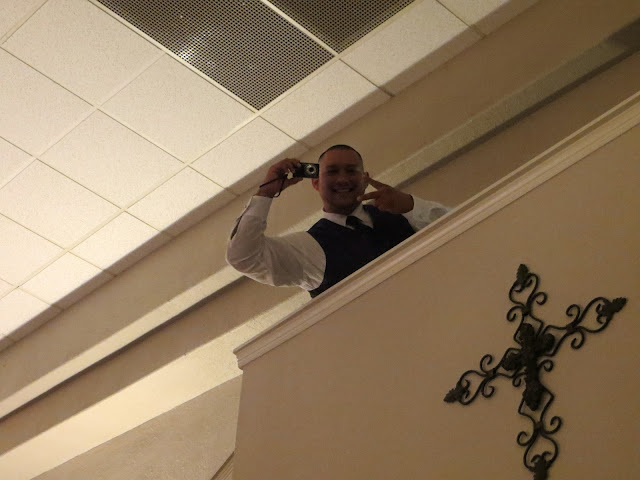 I'm not entirely sure of the accuracy of today's song, because baby girl has my iPod with her on a youth retreat this weekend. But this song is what last.fm says I've listened to the most this week. And I like it, so I'm going with it. If I had to pick a favorite part, it'd be the pre-chorus: