"The Ballad of Davy Crockett"

(by Asleep at the Wheel)

We had our community group Christmas party last Sunday night! In addition to eating yummy food & opening gifts, we played a little game where I instructed them to draw certain things on a paper plate on top of their heads {for more on this game, you can read the instructions where I originally found them} 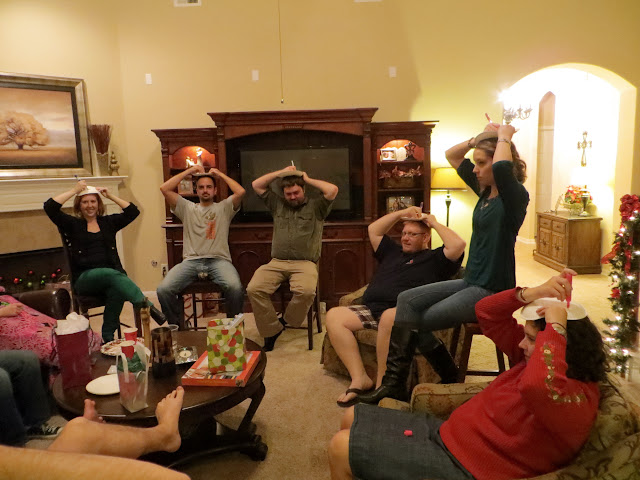 Here are a few of the finished masterpieces: 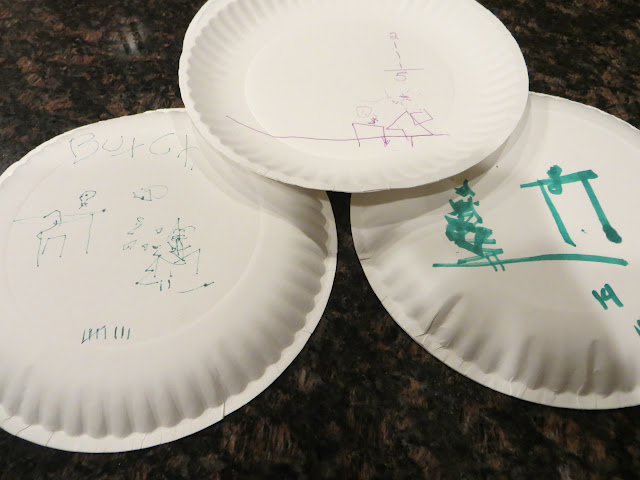 As we've done every year, the girls brought real gifts & the guys brought White Elephant gifts. But before I get to the gift part, I need to share a little background information...the morning before the party, Chris looked at me with mock offense and said, "Where is Davy Crockett?" {He was referring to his gift from last year's party. All year I have been hiding Davy, and Chris kept finding him...& proudly displaying him on our entertainment center, mantel, piano, etc.} Anyways, I replied, "I was hoping you'd give it away at the Christmas party tomorrow night." To which he said, "You should put your hope in Jesus." :/

He did end up wrapping Davy for the gift exchange, and Brian happened to open it first thing! Chris stole it as soon as he got the chance, and nobody had the guts (or desire) to steal it from him. He promptly displayed him on the piano again, and Clyde later sang a love song to him: 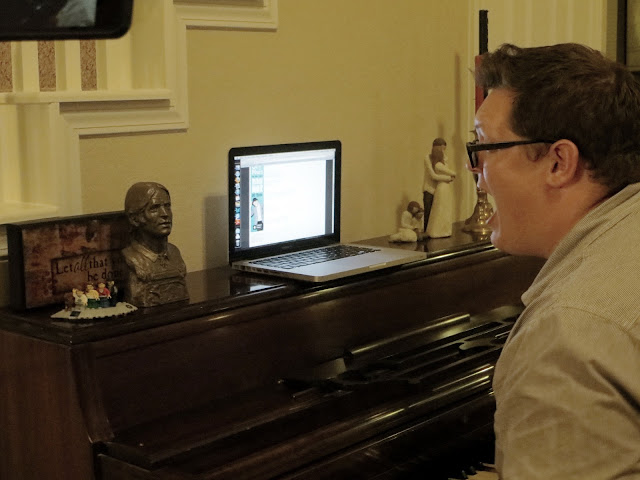 Later on, Chris realized that Davy had disappeared... 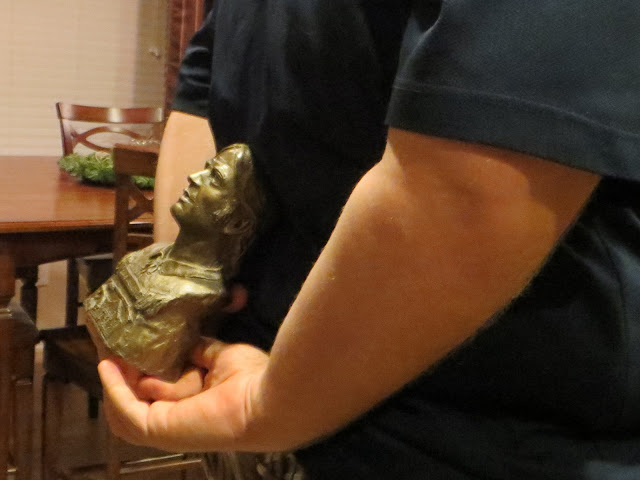 When he was unable to find him, he showed everyone that he was serious business about getting him back! ;) 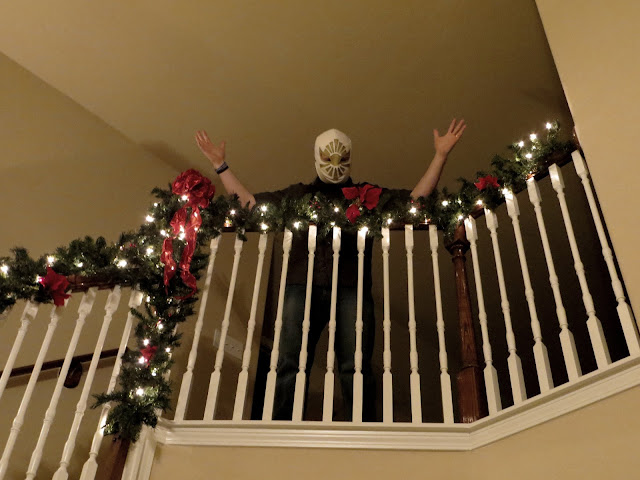 So someone opened the microwave door to reveal where Davy had been stashed! 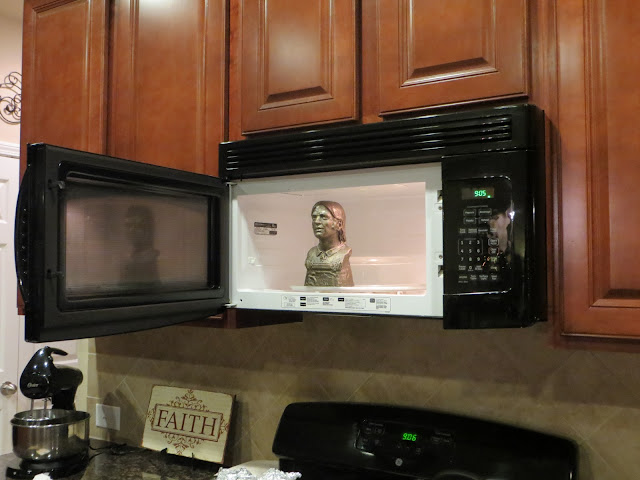 & I've been warned by Wheeler that if I get rid of Davy he'll replace him. :/

Amanda said…
LOL!!! "You should put your hope in Jesus" CLASSIC!!!