I picked today's song because it has been going through my head since I read an email from our pastor regarding yesterday's tragedy. There's really nothing I can say that hasn't already been said. But the following lyrics are good to remember in times like this:

It's getting pretty late, and I can't really remember what I did at the beginning of the week. So I'll just tell y'all about the past couple of days so I can get to bed! Is that OK? {& please forgive any typos!}

We experienced a bit of a Christmas miracle this week! You may recall the little Pre-Authorization Game I've mentioned a time or two...well, scans were scheduled for the 27th, but I really didn't think they were going to happen this time. At least, I was pretty certain that they wouldn't happen on the day they were originally scheduled. Dr L's nurse hoped we could get them in before the end of the year since our deductible had already been met. It'd be super, because that'd keep us from having to come up with $2,500 at the first of the year. But that puts the scans about 5 1/2 months after the ones in July, so I didn't have high hopes of insurance approving them...especially since we have such a difficult time getting them to approve the scans when it has been the full 6 months! If you can believe this, they authorized the scans the first time without having to appeal or anything! And they're actually the right scans, and they're going to happen on the originally scheduled day. Seriously, people, this is a miracle. I'm still in shock, and we found out the news from Dr L's office on Thursday. I'll be honest & admit that I wouldn't really believe it until I got the letter....look what came in the mail on Friday! 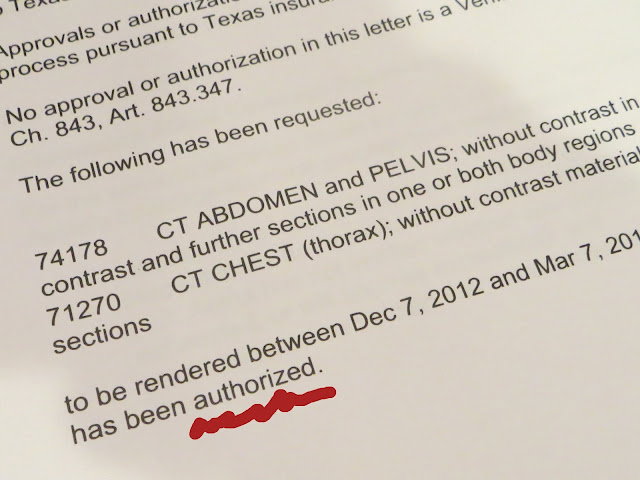 At MOPS on Friday, we had a table decorating contest. And my table won!! Our themes were based on Christmas movies, and my table had How the Grinch Stole Christmas: 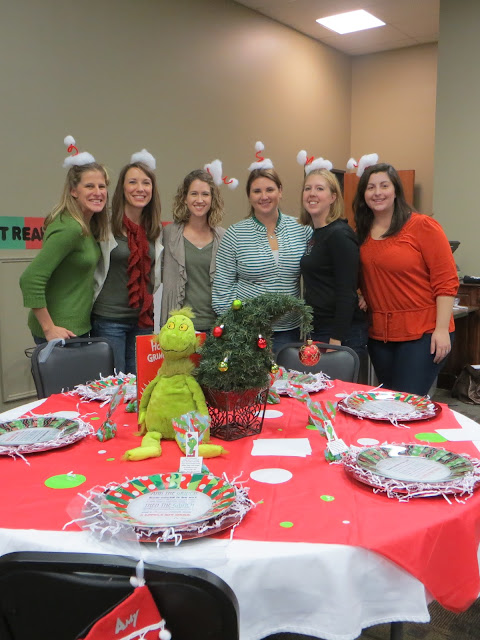 {Wow, I should totally wear my cowboy boots more often ~ I'm a few inches taller in them!}

We had another Tacky Christmas Sweater Party at The Warehouse last night! 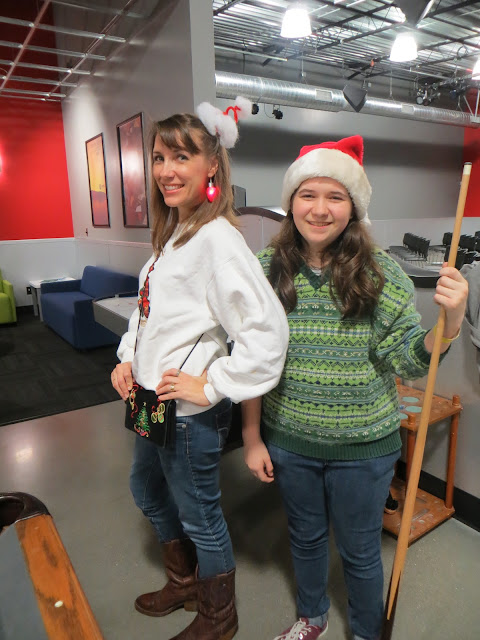 I made a bunch of yummy goodness today! From left to right in the picture below, there's some Hello Dolly Candy, Pretzel Bark, Peppermint Bark, and Amy's toffee {sorry I don't have a link for that...which makes me think that Amy & I need to make it together again and take pictures so we can blog about it! hint hint!} 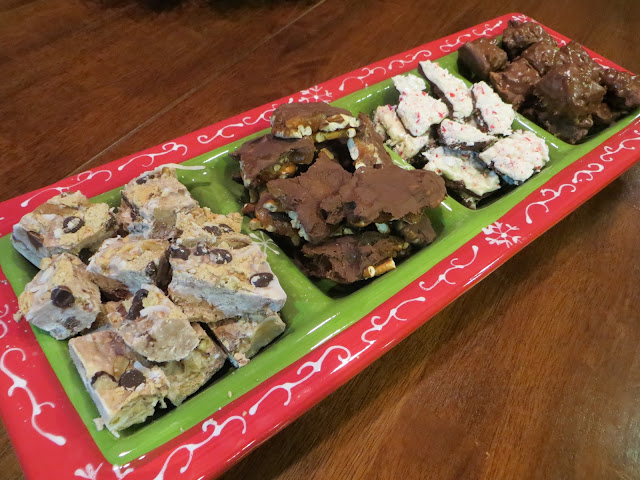 {Get excited, Jana, it's for our Community Group Christmas party tomorrow night!}

We went to my friend Laurien's graduation party this evening and had dinner with the elders & their wives tonight. It was a super great day!

Jennifer {Studio JRU} said…
So, so happy to hear about your Christmas miracle! Awesome!! A Christmas movie theme based table decorating contest... now how fun is that?! :) Love your table! Cute 'tacky' sweater photo of you two!
December 16, 2012 at 8:03 PM