All four of my dad's kids were under one roof yesterday! That means that I got to be with all three of my brothers at one time!! Two or three of us have been together throughout the years, but this was the first time in 14 or 15 years that all four of us were together. And at Christmas!! Dad was quite happy, as you'd expect! :)

And if you can believe this, I didn't have to twist anybody's arm to get pictures! Kerry {the one voted "Most likely to avoid the camera at all costs"} brought it up and actually said that we needed more than one picture! {shock!} It has been around 21 years since the four of us have taken a picture together, so I guess he figured it was time! I had also secretly hoped to replicate an old picture that I remember coming across at Dad's recently, but I figured they wouldn't go for it. Little did I know that Aaron & Ivar had gone through some pictures before Kerry & I got there, and they discovered a couple of old ones that they wanted to replicate! Seriously, I was ecstatic! They didn't find the picture I had in mind (where I was holding Aaron), but they found these two: 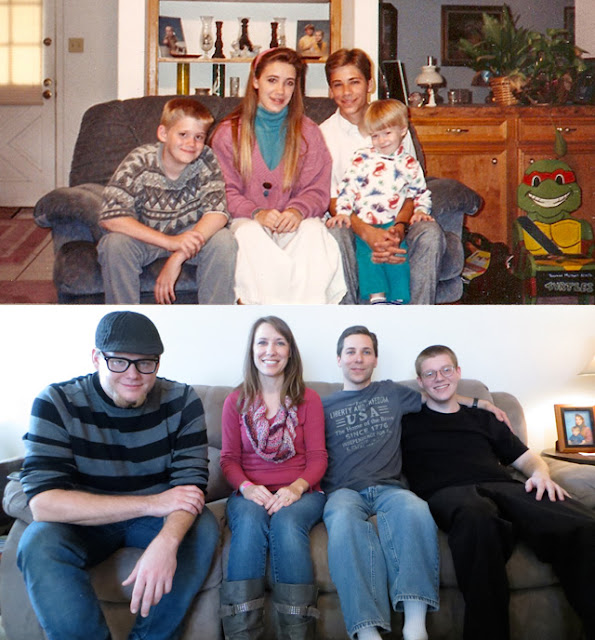 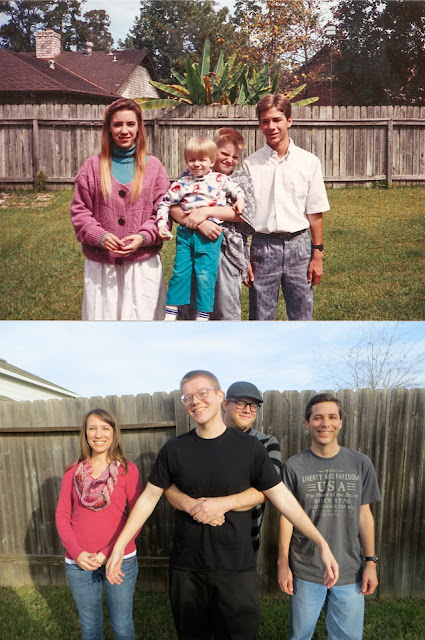 We took some "normal" pictures, too... 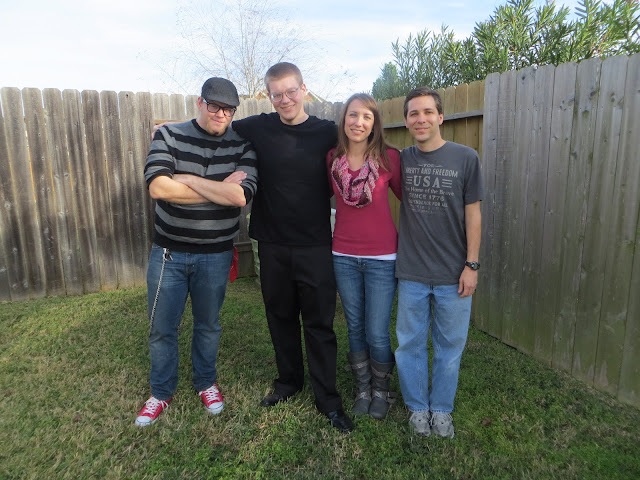 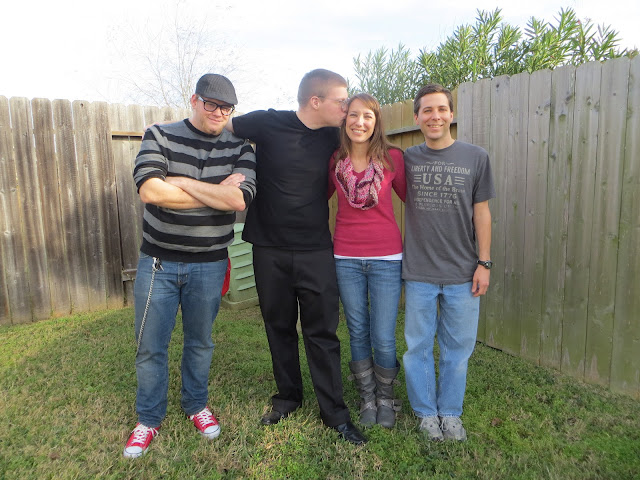 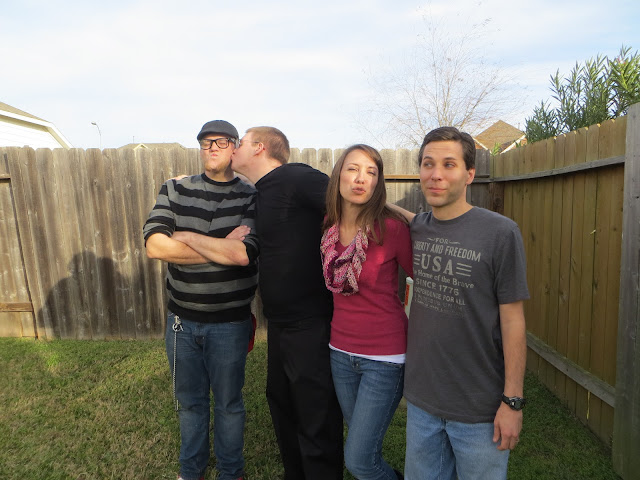 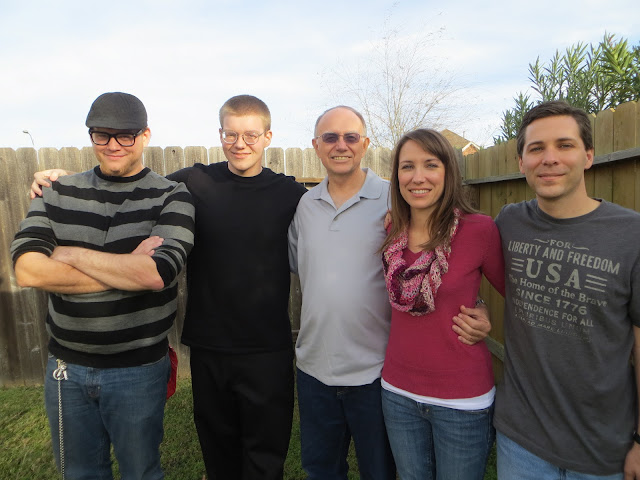 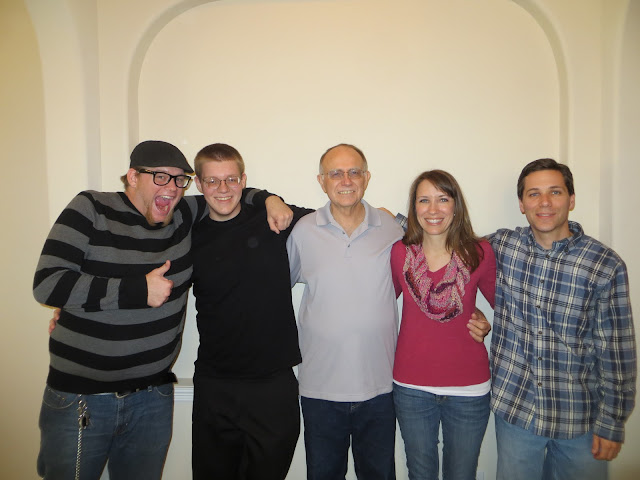 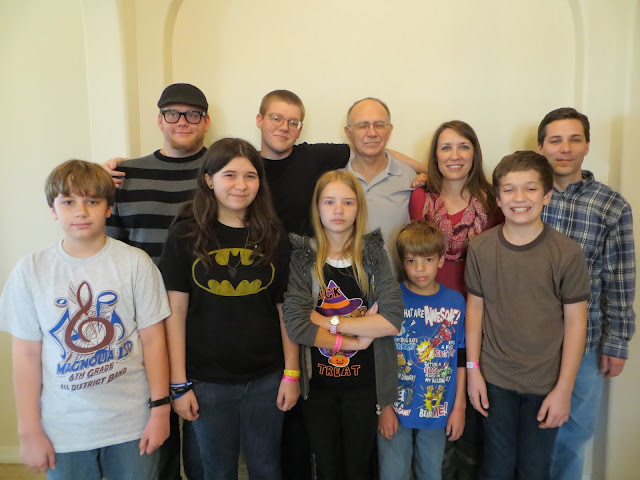 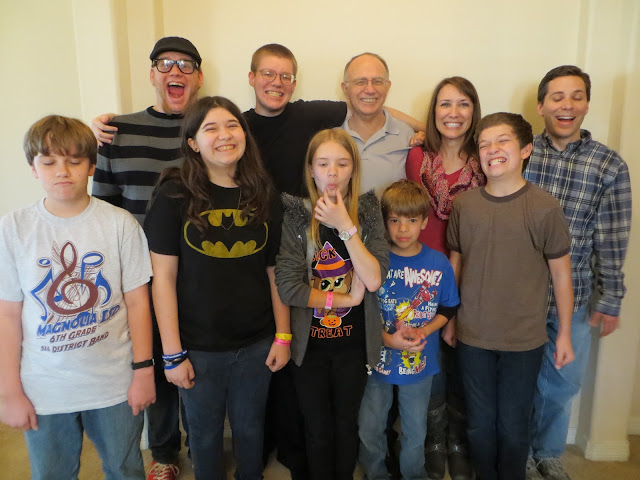 We totally forgot to get the spouses in there. Fail. We did manage to get the "twins", though: 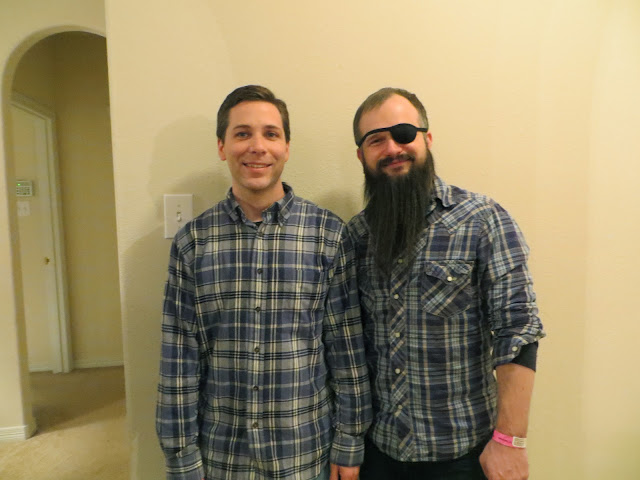 {Y'all have no idea how big of a deal this is...Kerry refuses to match someone, yet he allowed this picture to be taken! One time years ago, he & Wendy were both wearing t-shirts from their honeymoon. They were different shirts, but they said the same thing. When I pointed it out, he changed. He's funny like that! ü We'll just consider this another Christmas miracle!}

And if you'd like to see even more pictures {most of which I posted on fb, so you may have already seen them!} feel free to watch this little slide show:

{there are even more, but I figured nobody but me would care to see them!}

Do you get together with your siblings very often? Do you take pictures with them when you do? If so, do you pose as strangely as these siblings? {you should seriously click that link & watch the slideshow... Odd, I tell ya!} Do you have some sort of photo tradition, sibling or otherwise? I'd love to hear about it!

Jennifer {Studio JRU} said…
I love how you replicated the old photo, Amy! What a fun idea! Such a special Christmas to have all of you together. I can imagine how joyed your dad was! I have to laugh... when someone tries to take photos in our house... everyone's hand (or nearest object) goes up to block the camera! I guess we don't like our photos taken much. :)
December 28, 2012 at 6:00 PM