Oh.my.goodness! I know I've said this before, but I am EXHAUSTED! I'd say that this post will be quick, but I know better...I won't bore you with all of the details of my week, though. I really can't even remember anything prior to Thursday right now anyways! I have only sat down about four times since then...during a meeting Thursday night, MOPS Friday morning, and dinner & a movie on Friday night. Once again, all of my crazy busyness is my own fault. I'm really not complaining, but I will say that my only plan for Monday is to get up as little as possible.

The dinner & movie last night were to celebrate Amy's birthday with her & Kyla! We finally saw October Baby! Ya'll may remember when I talked about it a few weeks ago. I had hoped to see it opening weekend, but it didn't happen. Anyways, I'm glad we got to see it! It was an emotional movie, as we knew it would be. So rather than talk about that part of it, I'll tell you about a funny part! {It was funny to me, at least. Maybe because it made me think of myself?} The main character was trying to explain that she's not a Christian freak, and she says, "I have a wild side. You've seen me play Scrabble!" :D

Jana & I have been talking about getting stone to landscape our front yards for over a year now, and we finally did it this weekend!! It was SO much work, though! I feel bad even saying that, because I did nothing but pick out stone yesterday. Then I went to Amy's birthday celebration while Jana, our husbands, & the kids did the most of her yard last night. I did a lot of work today, though. And I am so sore! I can't even imagine how sore the rest of them are. I'm really happy with how both of our yards turned out! I'd love to show you pictures, but I didn't take any yet. I'll show you pics once I've gotten new mulch & stuff, though.

Tonight, Elly & I made a few desserts for the student ministry's dessert auction after church tomorrow! It's a fundraiser that helps the kids earn money towards summer events (like camp). They help with food prep, auction stuff, clean up, & all sorts of other stuff. We have some very generous people in our church, and it's always a huge help for the students/parents. I usually make a few things, but Elly has done a lot the past couple of years. It's so nice that she's old enough to really be of assistance. And I think we made a great team! :)

She made these Party Balls: 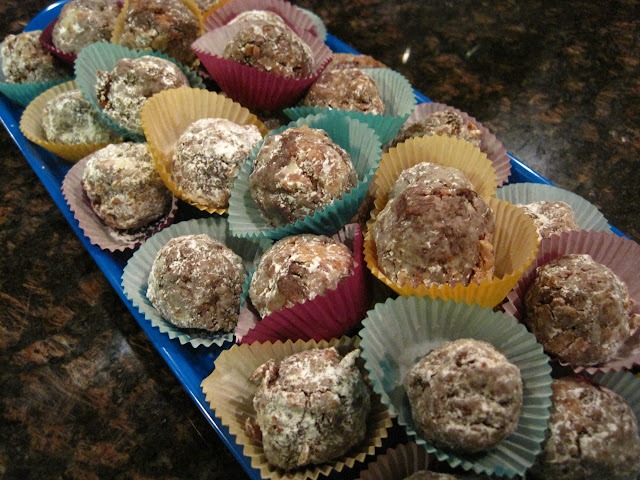 {They aren't pretty, but I promise they're delicious! They're sorta like Seven Layer Bars ~ only shaped into a ball & rolled in powdered sugar}

I made a Dr Pepper Cake: 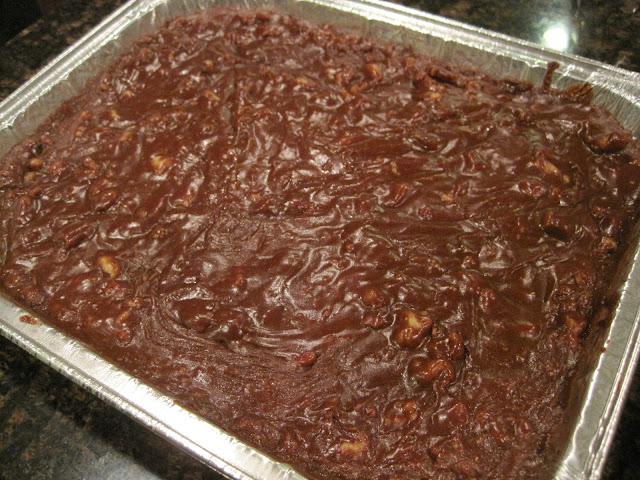 {again, not pretty but delicious!}

& we both made these Cherry Pie Pops {thanks to Pinterest for the great idea!}: 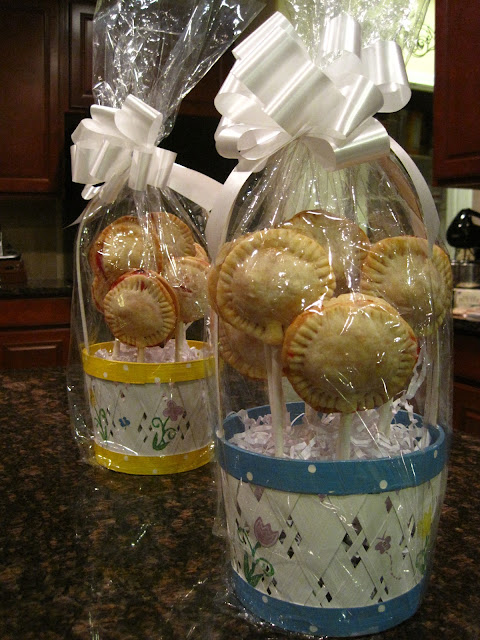 {& no, ours look nowhere near as cute as the inspiration...}

Elly really was a huge help with everything! 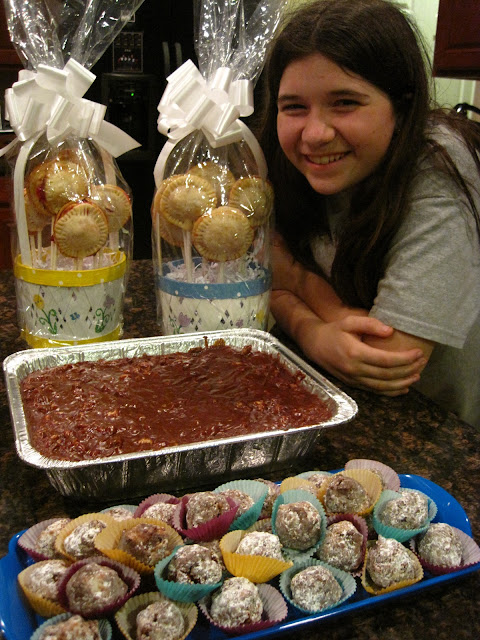 {plus she's a cutie, so I thought I'd post another picture!} ü

I have one last food picture for y'all! This one is of the fruit that I took to MOPS on Friday morning. Since I'm apparently an incurable self-imposed busyness addict, I couldn't just cut up some fruit & put it in a bowl...This was yet another Pinterest idea (& again, not as cute as the original): 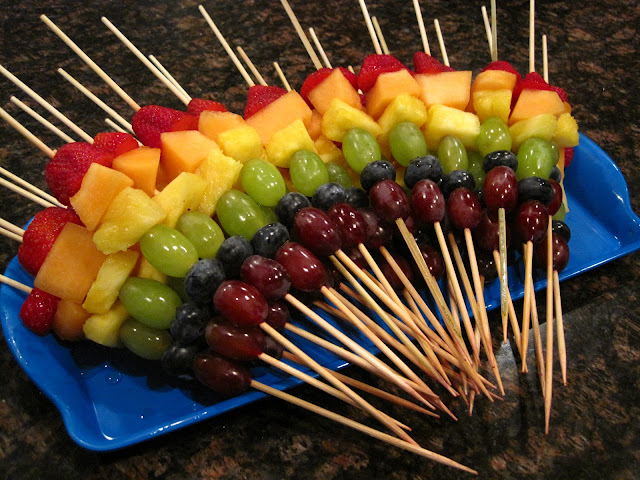 As for today's song, I really haven't listened to it the most. {I don't know why I always feel the need to tell y'all, because you'd really have no way of knowing the truth! I guess I feel like I'm being deceitful if I don't 'fess up! I'm such a nerd...} Anyways, I've heard the song a few times lately, and it was playing in my head all day. It's one of my baby girl's favorites. Plus, it is the name of a little knitting project that was an epic fail. I started it mid-February for Jana's birthday in mid-March. It was supposed to be a lace twirly scarf, but it ended up barely longer than a cowl. I knitted it on circular needles, and I never could tell how long it was. I kept doubting that it was long enough, but I just wasn't sure. Throughout the process, I kept saying that it would take a thousand years to finish it. There were over a thousand stitches on the needles, and it seriously would've taken a thousand more to make it long enough! Therefore, "A Thousand Years" seemed like the perfect name for it! :) When Jana & I were getting stone this morning, today's song came on. I decided to go ahead & tell her about her fail of a birthday present. I would still wear it, but I didn't really want to give it as a gift.

OK, I seriously have to try and get some sleep! Please forgive any typos, but I'm simply too tired to proof-read it this time. I hope y'all are having a super great weekend!! ♥

Amanda said…
It all looks so delicious! I'm hungry just looking at it! :)