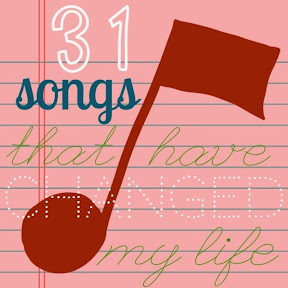 
Ross posted this lyric video-ish for today's song earlier this week, so I thought I'd post it for y'all! :) As for the scrobbled part of this post, I really don't know what song I listened to the most. But this has to be near the top since I've pretty much only listed to Ross King and Ellie Holcomb. Plus I have two copies of this song for some reason, so I probably heard it twice each time I listened to the album. And for the life-changing part, it's more the message and the truth in the song (rather than the song itself) that has changed my life.

And now for my little adventure last night...For the second time in a week, I ended up stranded due to Silvie's front driver's side tire. The second time was way crazier than the first, though, and I was quite a bit farther from home. My high school class was having our 20-year reunion this weekend, but the festivities weren't really my cup of tea. Plus Cody had been invited to a birthday party for a friend who is moving, and I really wanted him to be able to go. I also really wanted to see my classmates, though, so Elly & I decided (very last minute) that we would head to my hometown after dropping Cody at his friend's house. We would then have four hours to make the trip, which would give me about an hour or so with my classmates. It would at least give me the chance to see them & possibly a little bit of our Homecoming game. Sadly, I never made it.

About 25 miles out, while going about 80mph in the fast lane down the interstate, my tire blew. I maintained control and turned on my hazard lights, but nobody would let me over to the right side of the road. I suddenly lost all power (including power steering), and I barely made it off the road before poor Silvie completely died. Her bumper was aligned with the yellow stripe on the road, and I was afraid she'd get hit. Fortunately she didn't, but I lost count of the number of cars who honked at her as if she wanted to be sticking out like that!

I called Aunt Faye, who just so happened to be in Columbus (only 6 miles away). She had to finish up some work, but was coming to pick us up as soon as she could. I also called roadside assistance, who encouraged me to get to a safer location than the median of an interstate. {For the record, I had thought about crossing the highway, but the cars were going so fast! We were a good distance behind my van, so we wouldn't get hit if someone were to run into her, though.} We found a break in the traffic and ran across the highway to the feeder road (where we almost got hit by a truck coming over the hill). Sigh.

A few minutes passed before someone pulled up behind my van and got out to check on things. He made his way over to us on the feeder & asked me if he could try to move my van, which he was unable to do. He was able to look underneath the van & discovered that the tire had wrapped around a bunch of wires and pulled them out of everything they were connected to (which explained why I lost power). He explained that he was headed home the opposite way when he saw my van. Then when he realized that it was just us two girls, he turned around to help because he would hope someone would do the same if it were his wife and daughters. ♥ I now have a hero named RJ! 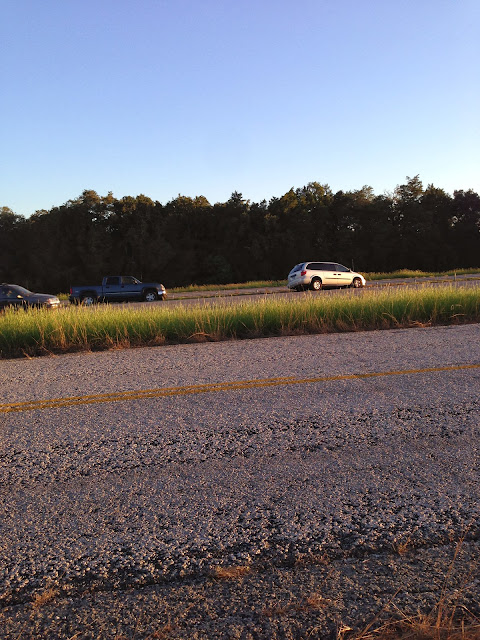 It just so happens that RJ works next door to a mechanic, so he called to see if the shop was still open. It had closed 30 minutes earlier, but the mechanic said he would stay there until we got there (which ended up being about an hour later). RJ also got a tow truck recommendation and phone number from the mechanic. So we got that arranged, and he said that he'd stay with us until the tow truck arrived. 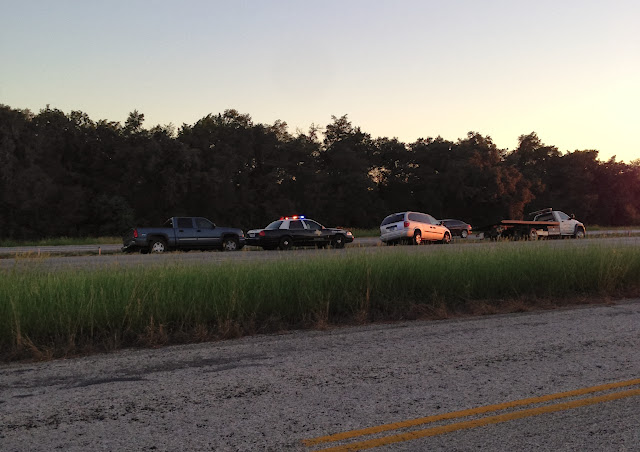 Aunt Faye arrived shortly before the tow truck, and she offered to take Elly & me home after we got Silvie to the mechanic. 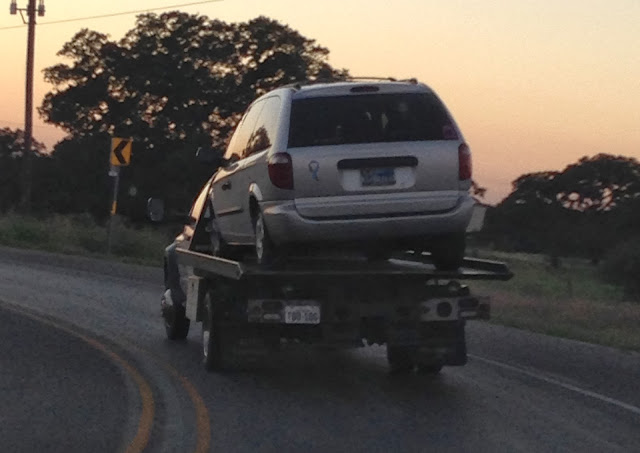 Once everything was settled with the tow truck driver & mechanic, it was nearly 8:00. Cody was supposed to be picked up from his friend's house at 9:00, but we were all starving! I sent a couple of texts for help & was able to get ahold of my dad, who was able to pick Cody up {Jana, thank you for being my backup!} and let me borrow his car until Silvie is fixed and I'm able to get back to Columbus to pick her up. We ate some Mexican food before heading home & happened to run into a friend from high school! So even though I didn't make it to Homecoming, I was able to someone from school! And it was so good to visit with Aunt Faye, even though the circumstances were crazy!

We were honored to have Naghmeh Abedini speak at our church on Sunday. She spoke at all three morning services and at a women's gathering that evening. Naghmeh's husband Saeed has been wrongfully imprisoned in Iran for over a year now. For more of their story, check out the Save Saeed facebook page, and please sign the petition for his release! 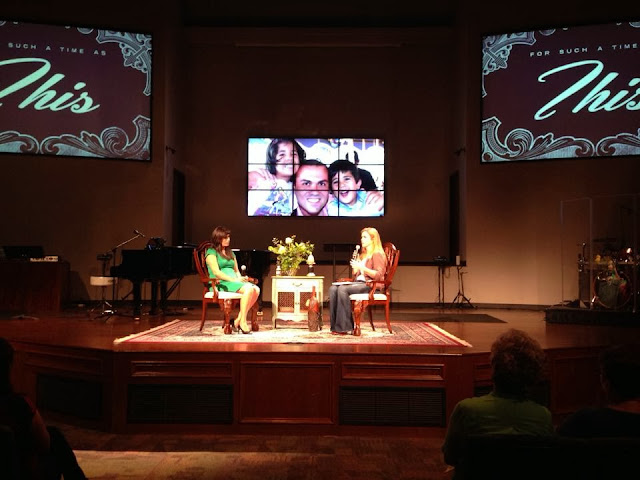 We hosted National Night Out with Ryan & Kristi again! I think we had around 20 people show up, which is pretty good considering we didn't get the flyers out until the day before & the morning of the event. 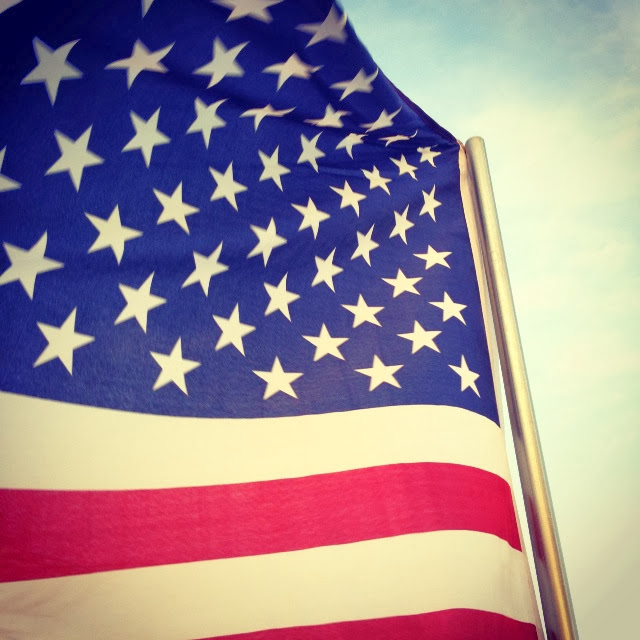 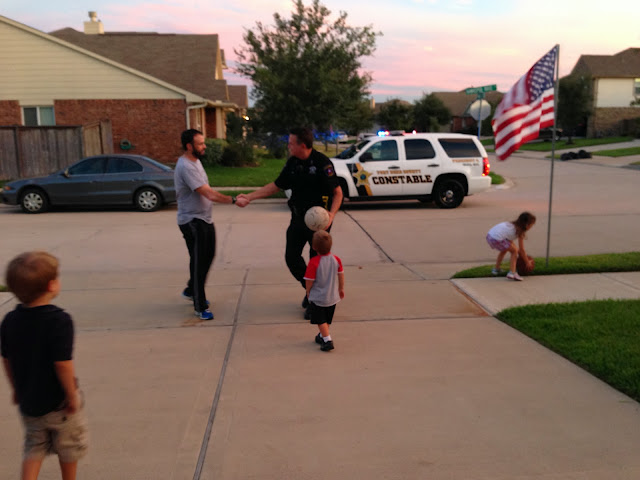 There may be other things worth mentioning, but I think this post has been long enough! I hope y'all are having a super great weekend!! ♥

Zion said…
I'm glad you posted this song. It is Zion's favorite and he requested last night. You might want to consider AAA :) I am so sorry you have had to deal with all that. What a nightmare. If it makes you feel any better, I got rear ended last week!
October 7, 2013 at 1:57 PM

Brooke said…
Silvie needs to get her act together.
I've heard about Sayeed through AirOne (a radio station)-so very cool about his wife speaking at your church
October 8, 2013 at 8:49 AM