I mentioned a little delay on the way home from my brother's house on Saturday. Again, this could've been summed up in a sentence or two, but I'm not good at that. Plus, Cody took pictures. And it has been a little while since I've posted a MIShap or anything in my:

We were driving home from my nephew's birthday party when I heard a sound coming from Silvie's front tire. She wasn't driving funny, but I knew that helicopter sound. So we pulled over, & sure enough... 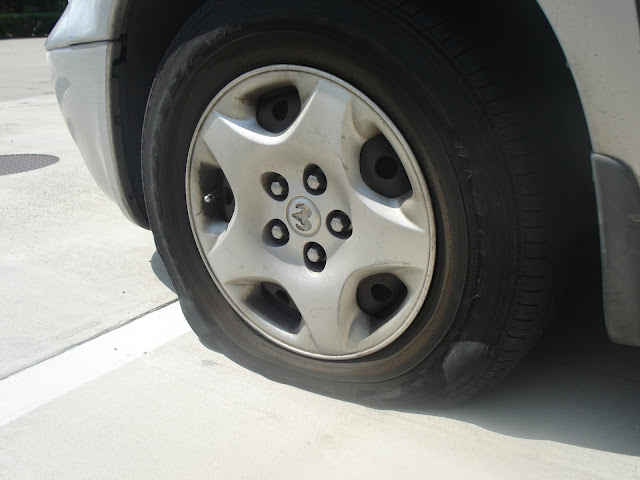 {my title probably gave that away, huh?}

There was still enough air to drive about a block to a gas station where Chris jacked the van up & started loosening the bolts. One of them didn't want to come off & was getting stripped. We decided to drive to an auto shop nearby, but by that time it was completely out of air! :/ 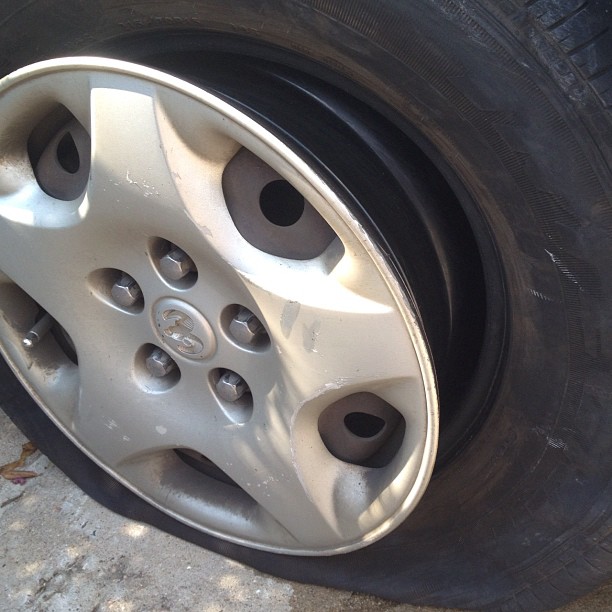 So we hobbled over to a better spot & put our thinking caps on...Fortunately we were only about 15 minutes from Wheeler's {he's my friend Felicity's husband who I called when Silvie had some issues before!} While we waited for his assistance, Chris decided to jack the van back up so she'd be all set when Wheeler got there. Only this time, I forgot to set the parking brake. 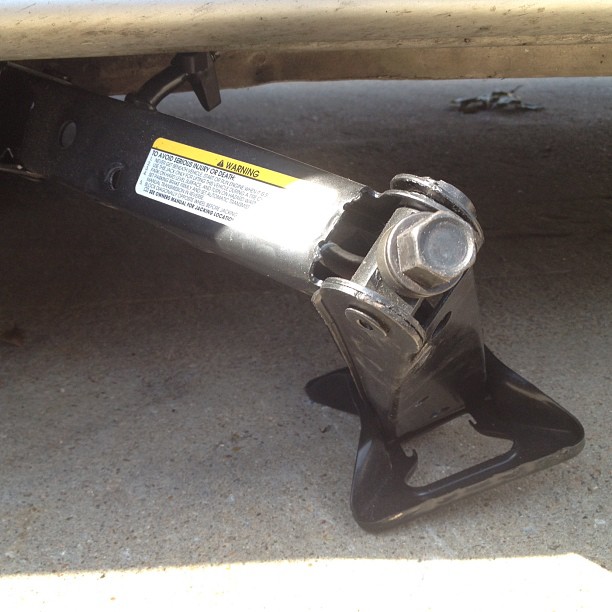 {ya, nice...Chris texted the picture to Wheeler real quick & said something along the lines of, "Umm...you might want to bring a jack!"}

Wheeler arrived with an air compressor & every tool imaginable... 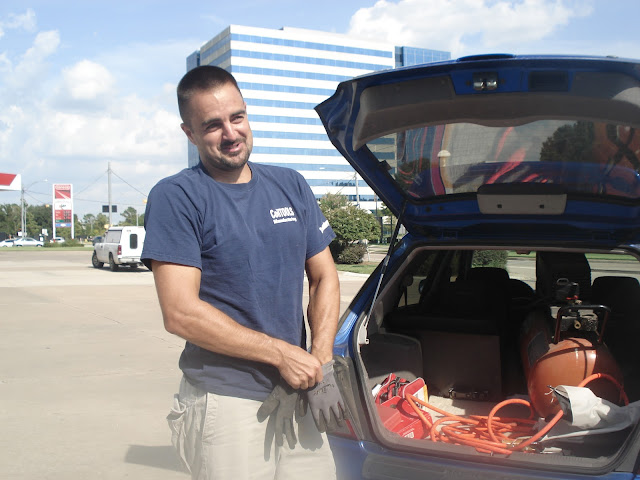 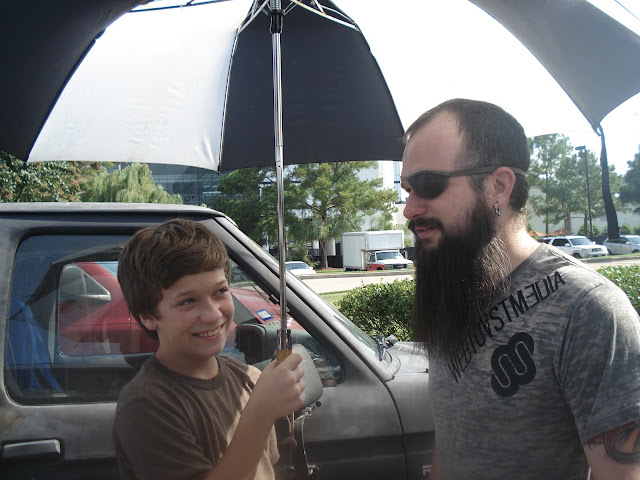 {My kids were quite impressed with this. I actually have an umbrella in my van at all times, but it never crossed my mind to use it...}

Anyways...the guys put the spare tire on, and we finally got home hours later than we should've. We took Silvie to the shop the other day, and she got herself a new set of tires, a new headlight, AND she finally got her front license plate put back on (only a year or so after she lost it)! How about that?!

Have you had any car troubles recently? Any crazy flat tire experiences??

Brooke said…
a big oops on the brake!

Zion said…
Aw, nice to see Butch in this picture. He seems to sneak his way out of them most of the time. Glad everything worked out in the end!
August 25, 2012 at 1:02 PM