I can't believe I haven't posted this song before! It was on a sampler CD I got a couple of years ago, then Tricia Brock recorded it on her solo album. I love both versions, yet somehow I haven't posted either of them until now. I'm not sure how that happened. Anyways, Kristian Stanfill was the worship leader at the camp that my baby girl attended, & she brought home a couple of his CD's that we've been listening to quite a bit. Since I already knew this song, I've listened to it more than the others. {Does anybody else do that?} I can't pick just one favorite part of this song, because I love the whole thing!

As for my week, it was similar to a lot of my weeks this summer. One big difference is that my dad moved out. {I'm glad for him, but I really would be fine if he stayed here forever!} Cody & I finished up his school shopping while Elly was at yearbook camp one day, so that feels good! I just need to take my baby girl to get a few more things, and we'll be ready for school! {which starts in two weeks...that's craziness!} I also went to 6th grade orientation with my sweet boy...I'm still trying to figure out how time has gone by so quickly!

We had "Yuck Wars" at The Warehouse on Wednesday! It was similar to Field Day & Water Olympics {did I forget to tell y'all about that?}, except this time there was slime involved. And Teenage Mutant Ninja Turtles... 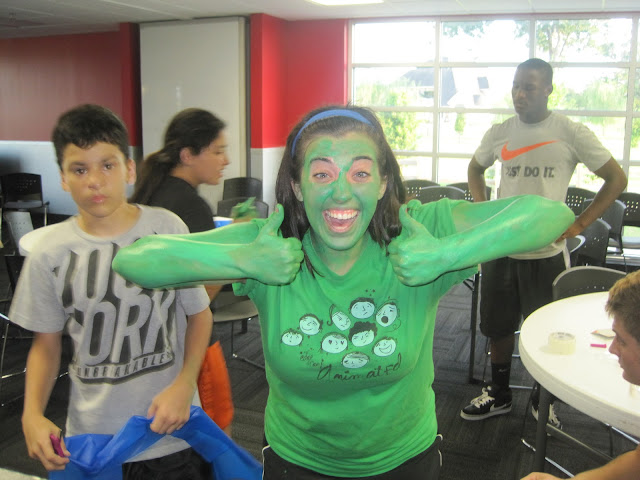 You may recall my sweet boy's little recycling initiative last year. He picked up some of the neighbors' recyclables for awhile, because we didn't have recycling in our neighborhood. We've been trying to get it for the entire time that we've lived here, & I have no idea how long they tried before that. Well, this week we received our recycling bins!! 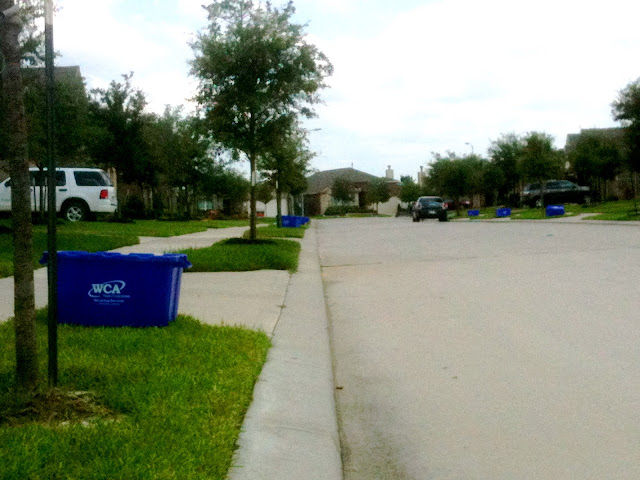 My nephew's birthday party was today! I got to reconnect with a girl I've known for nearly my entire life! {Jack &/or Melissa ~ if you're reading this ~ it was Lisa!!} She & my brother were in the same class, and they went to school together from elementary school through high school. Her family lived in California for 8 years, but they have recently moved back to the area. I hadn't seen her since my brother's wedding (nearly 17 years ago), so it was really good to catch up with her! On our way home from Chase's party, we were delayed for a couple of hours & missed another birthday party. :/ I could just tell y'all about it in a sentence or two, but I think I'll write a whole post about it instead... ;)

I guess that's all the excitement of my week! How was yours?

Jack said…
Glad you were able to catch up with Lisa. The last time I saw her was the summer after high school graduation when I came to Texas for a few weeks (I think you were still living in Weimar at the time when I visited you). So yeah, it's been awhile!
August 13, 2012 at 10:37 AM

Zion said…
I am behind on commenting because while I was out of town my phone was not letting me :( Anyway, it really does look like fun.
August 15, 2012 at 5:01 PM