(by the John Taylor Trio)

We had Field Day at The Warehouse the other night! After Bible study on Monday morning, we were divided into four teams. Based on the color of our team, we came up with names, logos, & cheers. We also designed shirts and made a few more for the extra students who would show up on Wednesday night. I wish I had thought to take pictures of each team's shirts, but I'm a failure at being a photographer! I took a couple of pics where you can sorta see a couple of them... 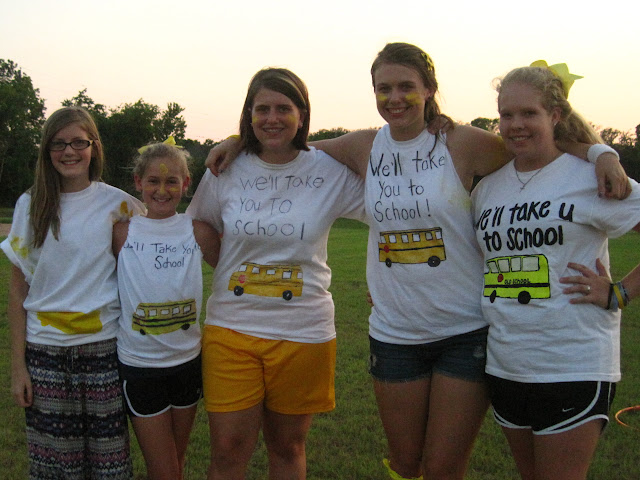 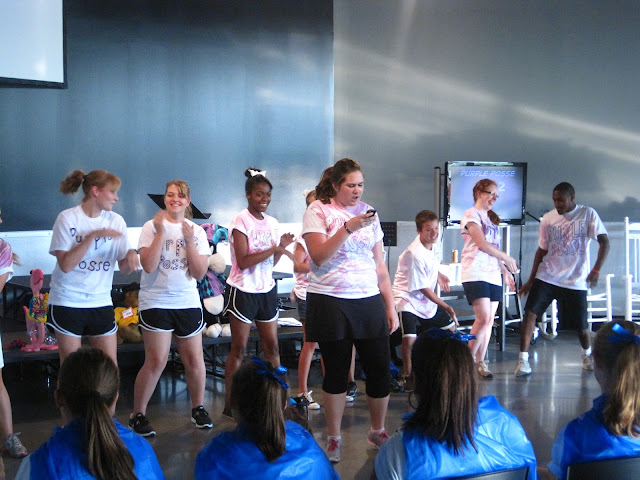 My team was the Red Hot Chili Peppers, & you'll catch a glimpse of our shirts in some of the following pictures. The blue team was the Glittery Bhulks {ya, I don't get it either!} Most of their shirts had a glittery "B" in an upside down triangle, and they wore capes made out of plastic table cloths! 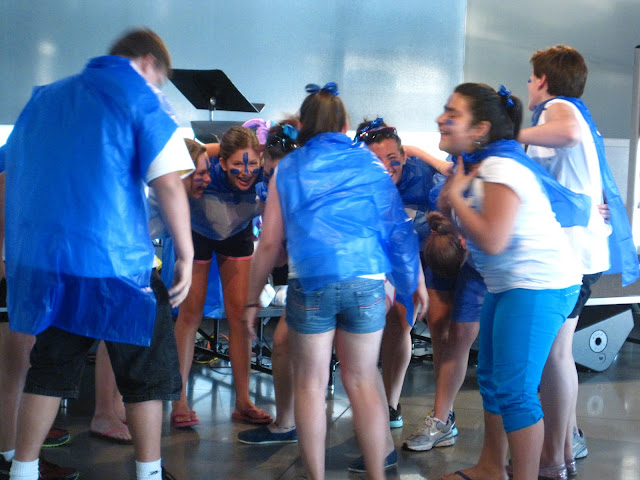 We played all sorts of random field day games... 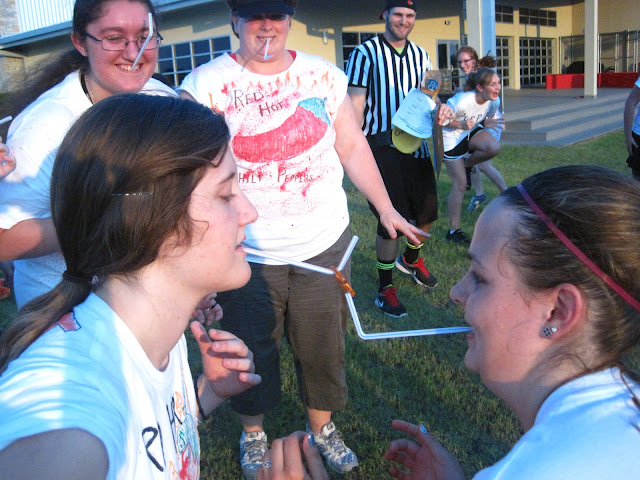 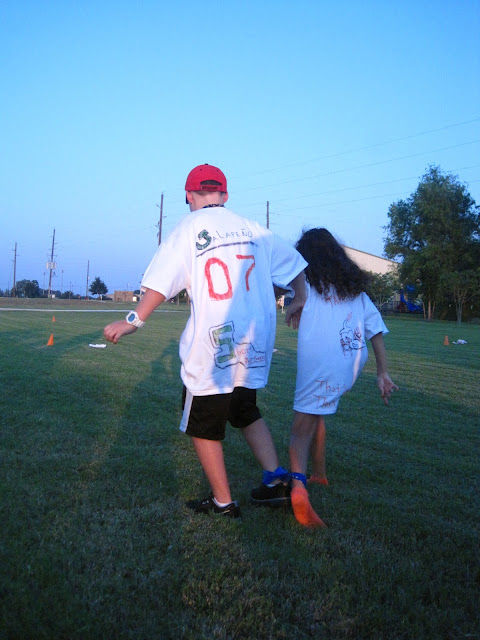 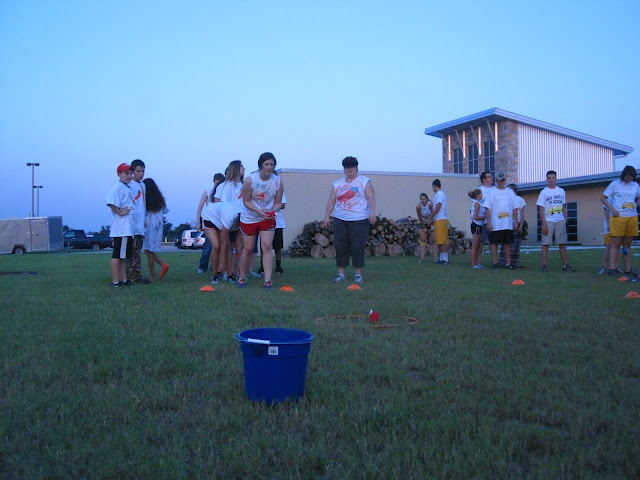 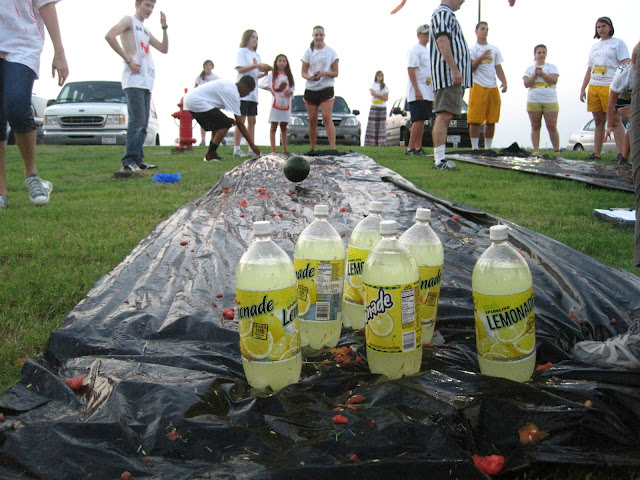 I didn't get pictures of Blind Volleyball, Tug-of-War, or the Grand Tamale (relay). But I did get a shot of these silly girls "Tebowing" after a victory... 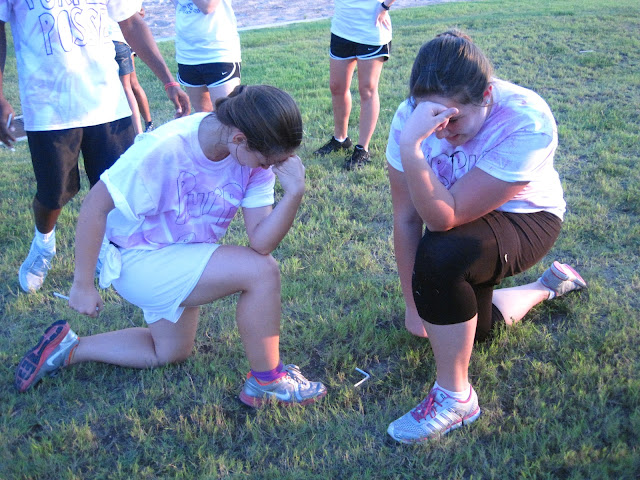 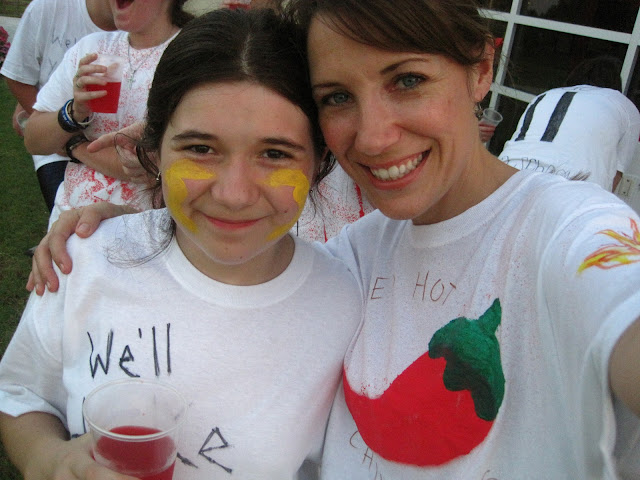 Our team only won 2 out of 6 events, but we won the prize for the best cheer! 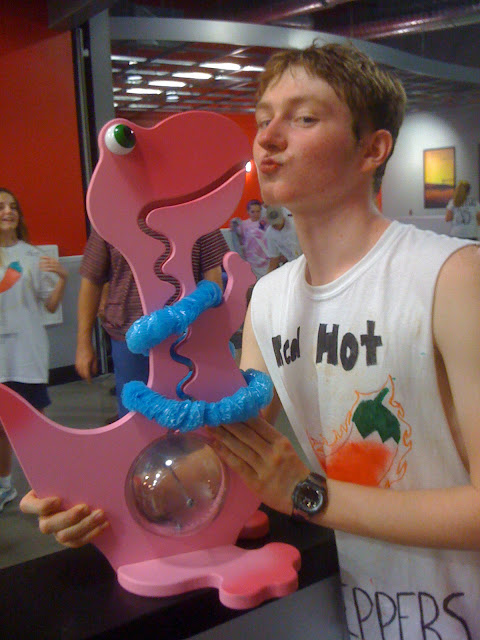 & here's a little video of our winning cheer:

Brooke said…
i was never any good at field day!!

hey - i just wanted to let you know about a collection/video thingy my friend Christie is doing and its for cancer survivors. I was explaining it to my parents today at lunch and though of you and your mister. here is the link if you want to check it out.