In lieu of my usual Saturday post, I decided to post a Dr Pepper song because today is Christopher's birthday!! {& he's a Dr Pepper fan} We used some movie tickets that we got for Christmas {ya, I know, we don't get out much...} & saw The Avengers. It was good, but I'm sure it would've made more sense if I had seen more than one of the previous four movies, huh?

Elizabeth made her dad this cute card: 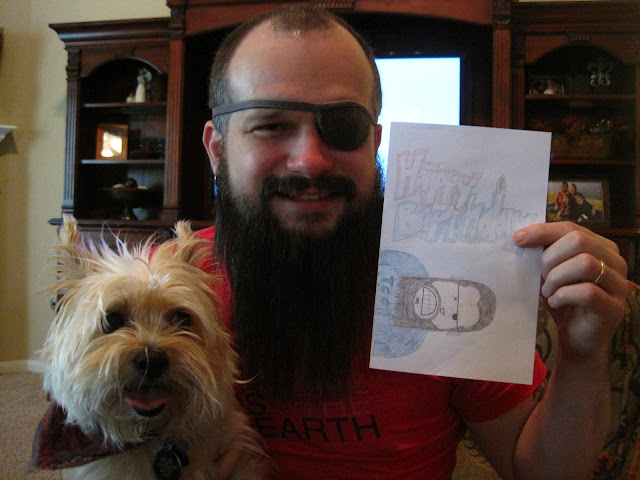 {Can you see the word Dad in her drawing of his face? You can see it if you look at the mouth, nose, & eye patch ~ creative, huh?}

Do y'all take advantage of free birthday offers? Chris does, and he has been thoroughly enjoying his birthday freebies this week! We went to Dunn Bros to use his free birthday drink coupon on our way to the movie this afternoon. 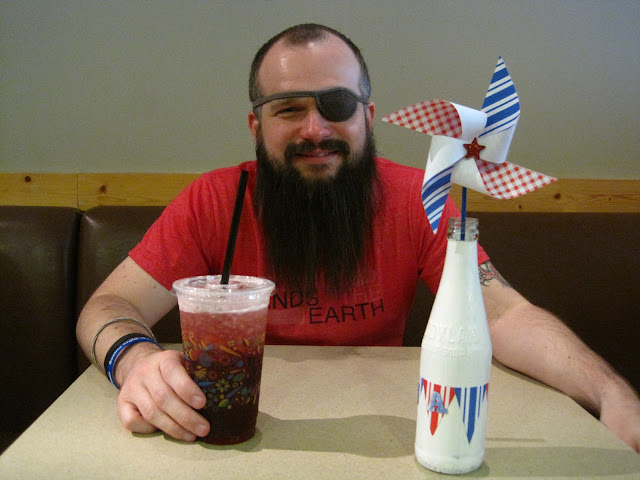 & on Cody's half birthday (earlier this week), we used Christopher's free burger coupon at Red Robin: 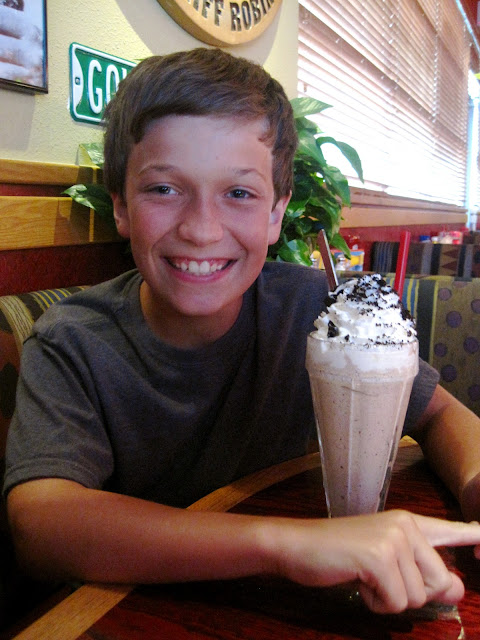 Sooo...we found out on Thursday that his scans were approved for Monday. This is maybe the second time ever that they're actually going to happen on the day they were originally scheduled! I feel like I haven't had as much scanxiety as usual, but I had pretty much convinced myself that they weren't going to happen. Maybe that's the trick? Anyways, I'll let y'all know how things turn out...

Becky Crenshaw said…
Happy birthday, Christopher! I will be praying.