I'm sorry that I didn't get a chance to post yesterday! But three of my five readers either saw me or picked my boy up from camp because I had a prior commitment, so I figured the other two of you would forgive me for being late with this! Did I tell y'all that Jana's sister has asked me to be in her wedding?! Julie is getting married in a couple of weeks, and we had her bachelorette party Friday night & yesterday! I'll tell y'all more about it in another post, but I wanted to explain why I didn't get my Saturday post up yesterday.

I already mentioned that my sweet boy was at camp last week. He got home Saturday morning, but I didn't see him until last night. I haven't heard much about his week, but I managed to extract some information on the way home from church today...He won the "I am Third" award again! {I explained the award when he won it last year} Not that you can tell, but he's holding his certificate in this picture that Amy texted to me yesterday: 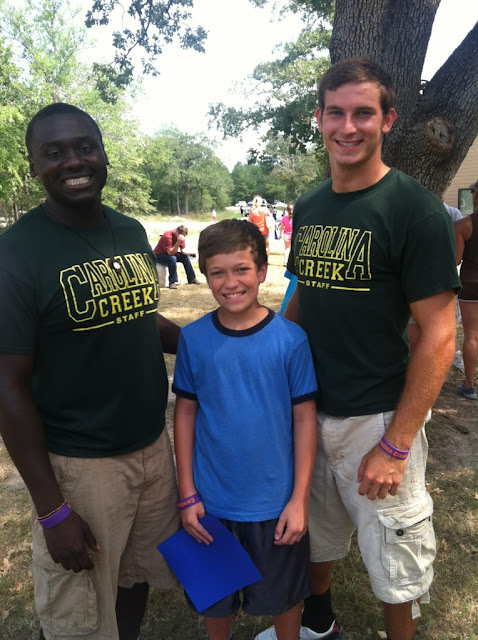 When I uploaded that pic to Picasa, I realized that I forgot to post beach pictures. Not that they're terribly exciting, but here are a couple of them anyways... 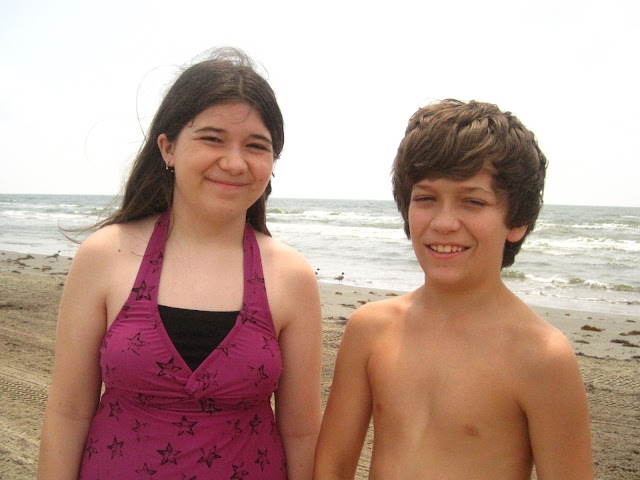 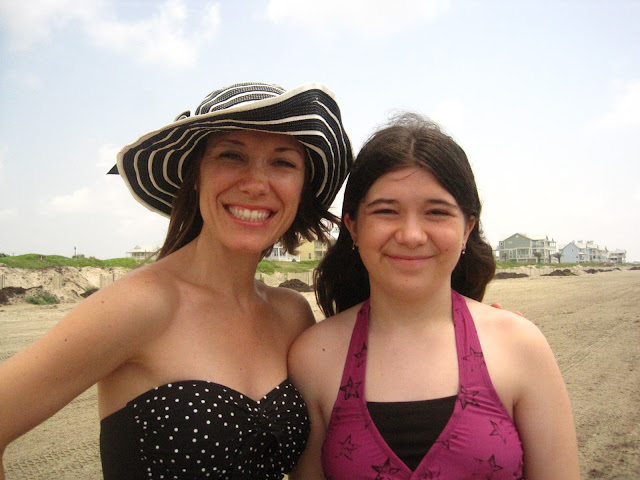 While Cody was at camp, I got to hang out with my baby girl all week! We did a little early back-to-school shopping & scored some super great BOGO deals at a couple of her favorite stores. We also did some baking and took cookies & peanut butter brownies to my brother's house on the Fourth of July. I also managed to score a BOGO frappuccino coupon at the Target Starbucks, so my baby girl & I had a little coffee date! 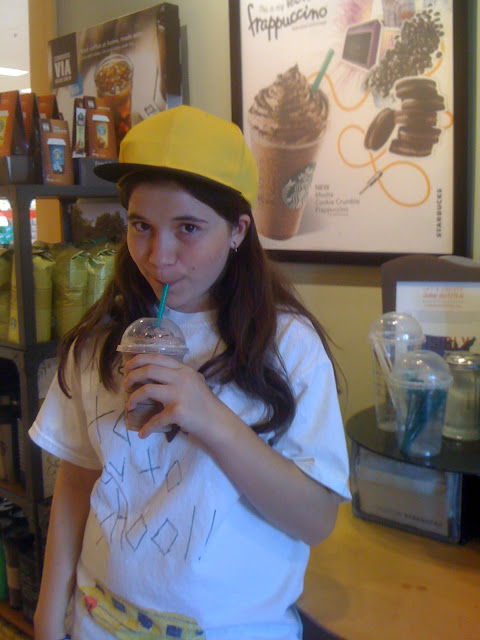 I'm sure there are other things I could share, but I can't think of anything right now. And I have to confess that today's song isn't accurate again. I'm sorry, people, but we keep listening to Abby Baker. She only has two songs left on YouTube that I haven't already posted. One is sad, & I have the other one in mind for another post one day. So...I thought I'd post a Poema song for y'all! I've been listening to them lately, though apparently less than Abby...

I hope your weekend has been super! ♥

Jennifer {Studio JRU} said…
You must be so proud of your boy and that award again! That is awesome. Your beach photos make me want to pack up and go find a beach. Seriously. :)
July 8, 2012 at 9:23 PM

Amanda said…
I just can't believe how big your "babies" are!! The picture of them on the beach blows my mind. They are looking so mature!!

Brooke said…
congrats to the not-so-little man on his award! :)

Zion said…
He really is something special. God has great things in store for the Ewing kids! Your beach getup is so cute by the way.
July 11, 2012 at 11:20 PM