(by The New Amsterdams)

I have a little project that I wanted to show y'all. It all started a couple of weeks ago when Cody pointed out that he never knows when anything is happening. Until then, I hadn't realized that he cared when things were happening, but apparently he's growing up & would like to be better informed. I told him how he can view the calendar that I have on the computer, but he didn't seem to like the idea of clicking on a bookmarked icon. {As techno-savvy as he is, I don't understand why he'd have a problem with it. But that's beside the point!} I was planning on buying a calendar when it dawned on me that I could make one from an old picture frame that I've had forever. 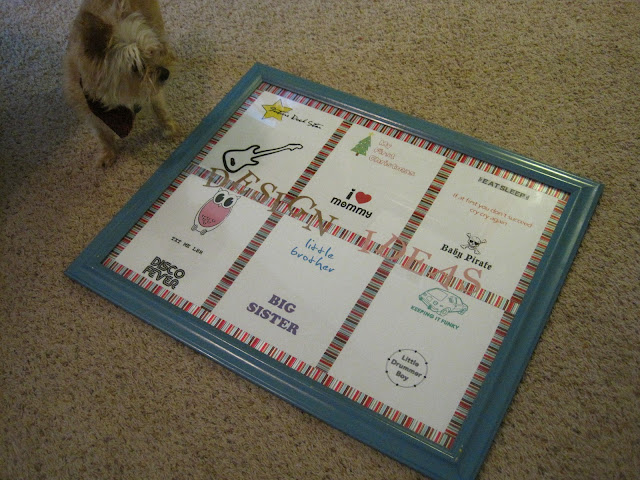 It used to be an awful spotted gold color, but I spray painted it for a MOPS thing a couple of years ago. And it has just been sitting on the floor in my scrapbook closet ever since. When I began sorting through things in the closet a few weeks ago, I decided that I wanted to use the frame in my laundry room {one day that room will look super cute ~ I've been pinning some ideas!} But I didn't know what to do with it until now!

I remembered seeing a few cute dry erase calendars on Pinterest, so I got on there & found some inspiration! One blog gave me the idea of putting an initial at the top. The idea for the little colored squares (to put the date in the corner of each day's square) came from a calendar at Bed Bath & Beyond. And I liked the use of ribbon & the space for errands that were on another blog. This post isn't really a tutorial, but I thought I'd show you a few of the steps because pictures are neat-o!

At first, I was going to use a fabric remnant as the background. I laid it all out to see if I liked the way it looked: 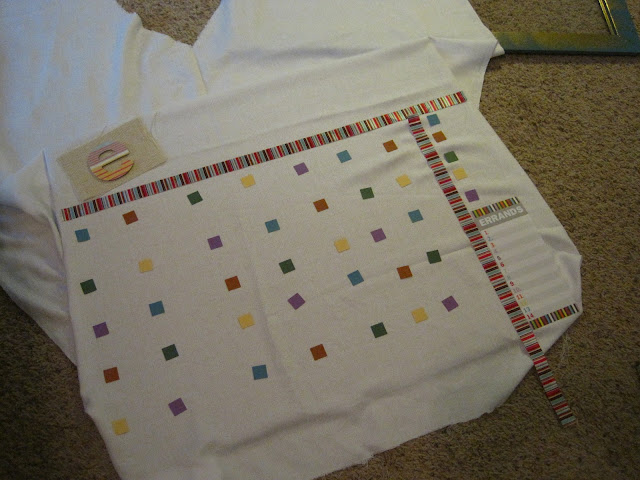 {if you look in the top right corner, you can see the funky gold that the frame used to be!}

When it came time to cut the fabric, I decided that it was more work than I really cared to do. And I sorta liked the plain cardboard background. So I started by measuring out the calendar grid & sticking down some twine. 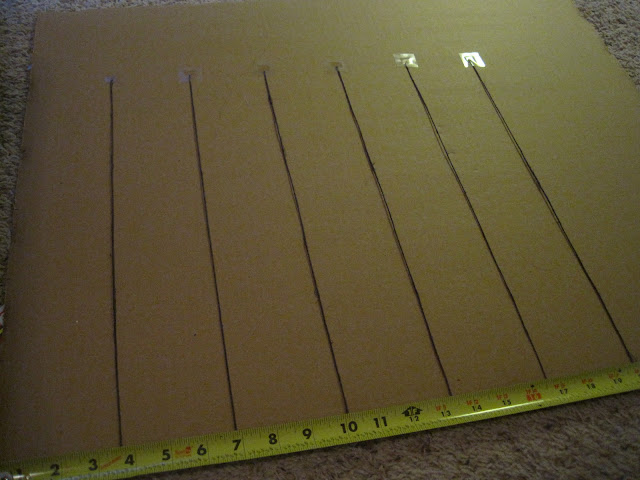 {the twine is purple, but you can't really tell in these pics}

Then I re-used the ribbon that I had used in the frame for the MOPS thing: 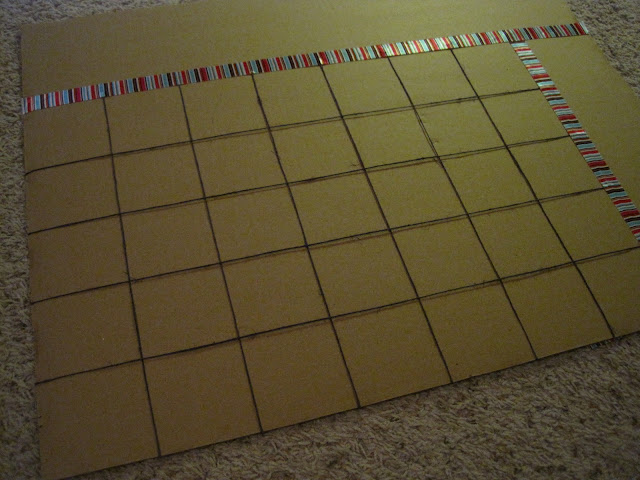 {It's not perfectly straight, and the twine is a little frayed & stuff. But I'm actually OK with that. & if you know my perfectionist tendencies at all, you should be proud of me!}

I won't bore you with the rest of the details, but here's the final product: 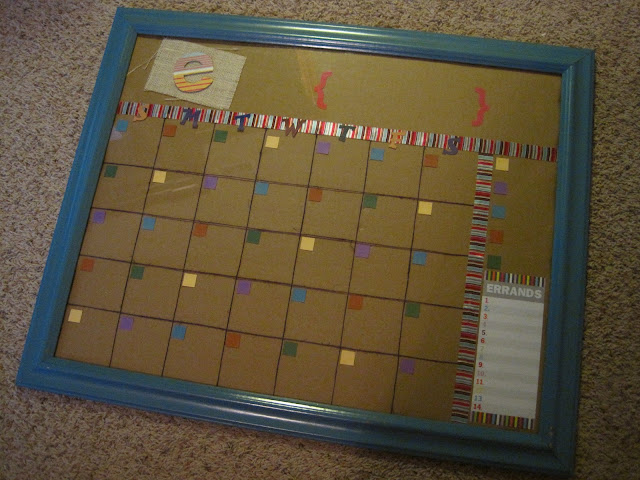 & here it is all filled in for July & hung up in my laundry room! 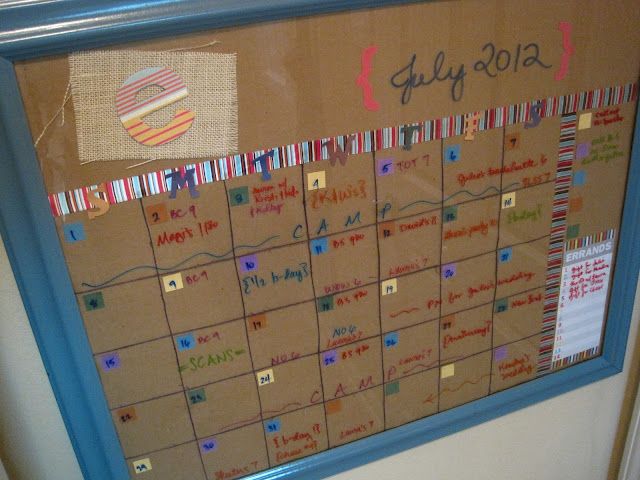 What's super great about my little project is the fact that I didn't have to buy anything for it. Because I'm a hoarder scrapbooker, I had all of the products on hand! ü Have you done any projects using only the supplies you had in your stash?

Laura said…
Another comment! YHL is hosting a link party for their seasonal Pinterest challenge - this would be a great project to link up!
July 3, 2012 at 10:49 AM