"Going to the Chapel"

(by The Dixie Cups)

I had a great time helping Jana & Julie's family get ready for Julie's wedding! I arrived at Bruce & Myra's house on Wednesday afternoon, and everyone was in full-on wedding preparation mode! The game room was filled with flowers, satin, blinged items & items that still needed their bling. I got to work putting little pearls on plastic champagne glasses that would hold shrimp at the reception. After dinner, we went to the church & started decorating the gym (where the reception was held). I wish I had thought to take official before & after pictures, but to give you a bit of an idea...

The gym went from this... 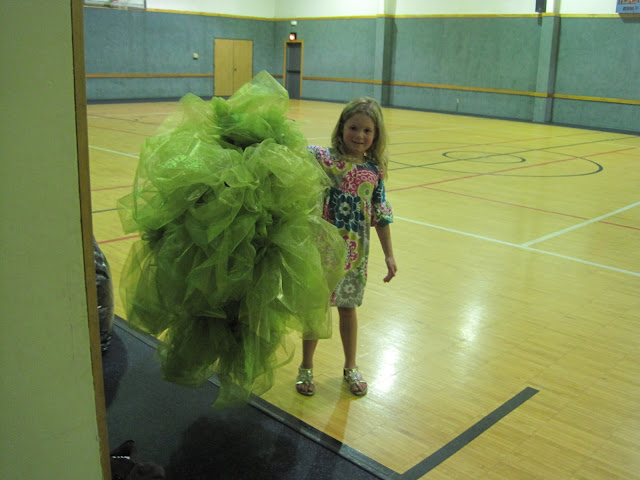 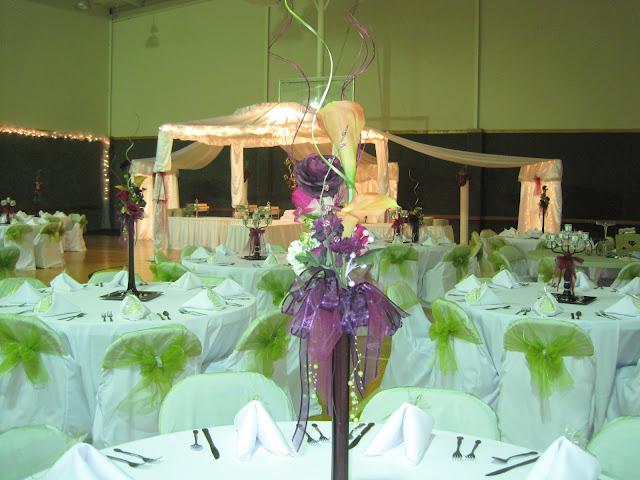 As I mentioned in my last post, I was exhausted because of several late nights in a row. It was worth it, though, for Julie & Len to have a beautiful place to celebrate with family & friends! Jana & I kept saying, "We can sleep next week...we can sleep next week..." Bruce, on the other hand, took a little nap on the gym floor! 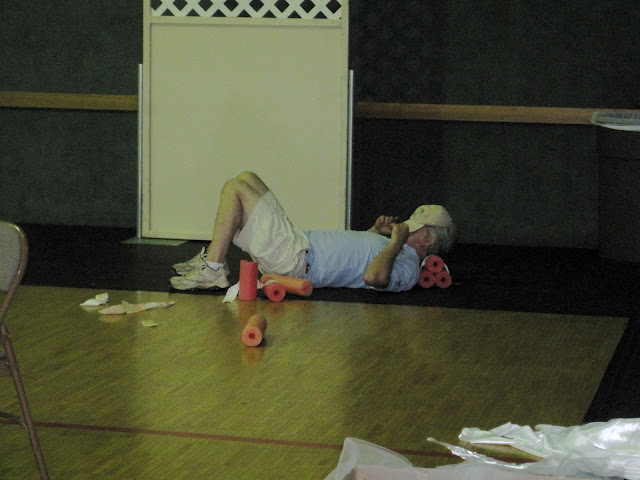 Along with the gym beautification, we enjoyed a little personal beautification as well! Julie was so wonderful to provide us with massages & pedicures on Friday morning, & we all got our hair done on Saturday morning ~ including the little girls, who also got their nails painted. 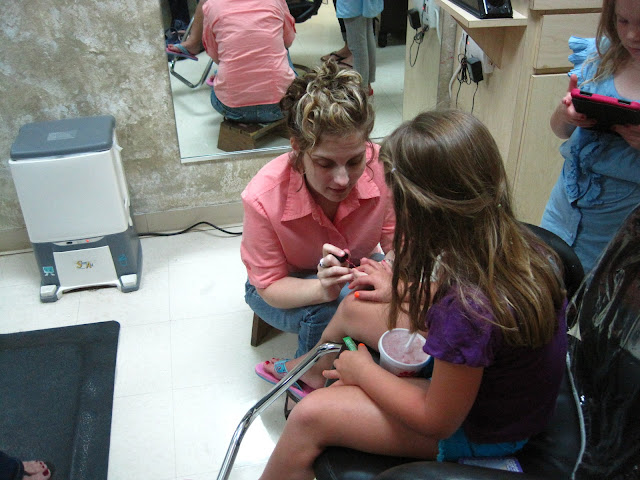 There were funny moments, touching moments, and anger-invoking moments {provided by people that I don't know, but I still won't go into the details here!} I don't think I'll ever forget the events surrounding the song from my last post {that none of you seemed to think was strange!} I had every intention of explaining why I posted that, but I completely forgot. It wouldn't be as funny to y'all as it was to us, but it involves a Chug crossing the road & a mosquito being swallowed by someone who will remain nameless. But believe it or not, it wasn't me!

Clara Belle was a great help with all of the wedding preparation, but I thought I'd show you a little of what she did during her breaks! 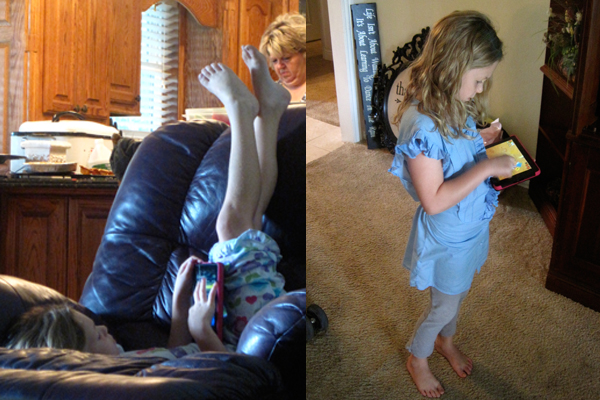 I was a little busy during the wedding & reception, so I failed to get a picture of the bride & groom! {I know: epic fail!} But I snapped this shot of Julie working on the slide show before the wedding: 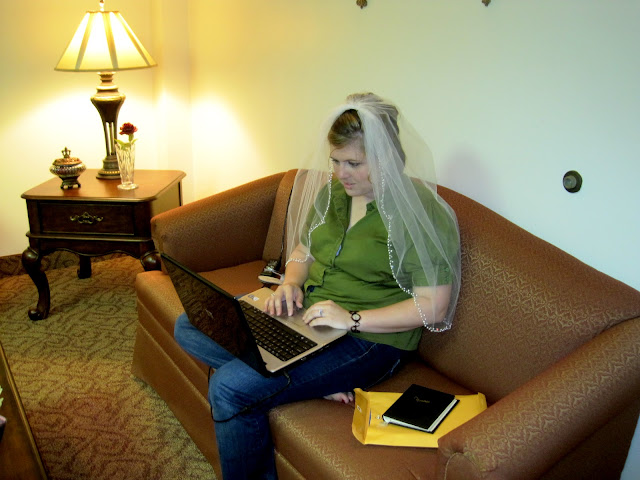 & Amy took this picture of me with Jana: 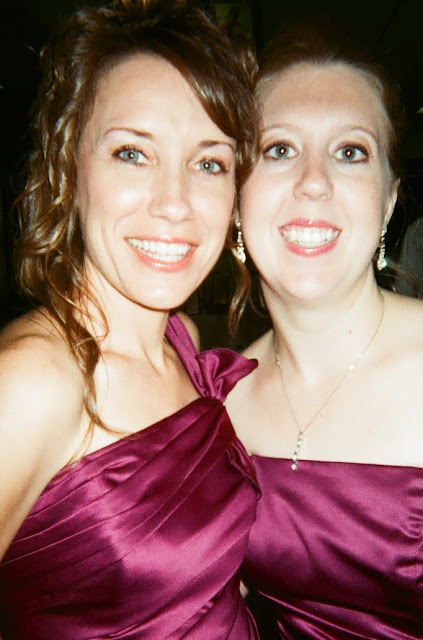 I also managed to catch Julie & Len as they walked through the bubbles on their way out! 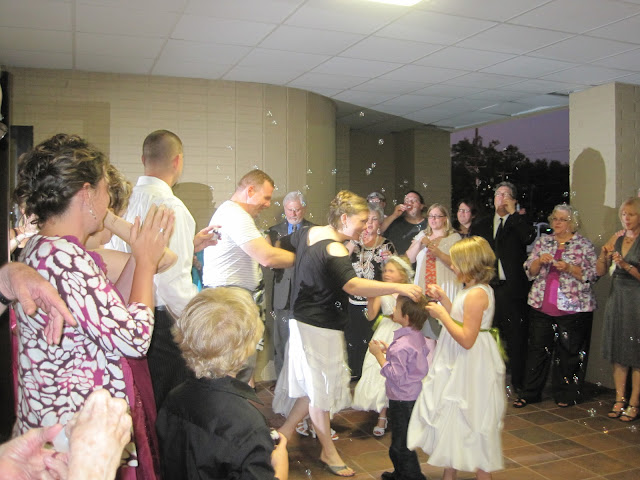 I enjoyed meeting so many of Jana's family members who I have heard of throughout the years. And I love her parents & Grannymom and am honored to be counted as one of their own! I'll try to get some pictures from the wedding at some point, but until then I hope to appease you with this pic of my little friend! ;) 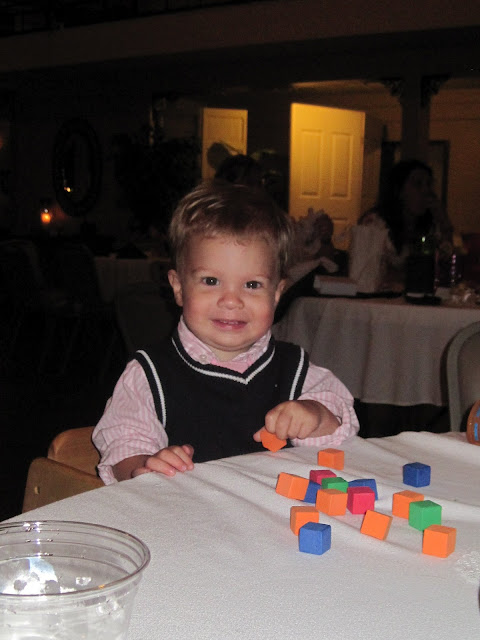 Cute babies make it OK that I don't have a picture of the bride in her wedding dress, right?!