This week has been mostly chill, but it started out a little crazy...Christopher's car didn't start on Sunday morning {Happy Father's Day, right?!} He was playing bass at a different church than ours, so I sent him in my van & called my neighbors (who go to my church). I had hoped that the kids & I could get a ride to church at the very least, but we ended up being able to borrow Ryan's car. Yay for super great neighbors! :)

For Father's Day, the kids asked me to pick up a couple of things at the Dr Pepper museum when I drove through Waco on Saturday, & we met Christopher for lunch before he went to record some music with a few guys from the church where he sometimes plays. Elly made this super cool card for her dad: 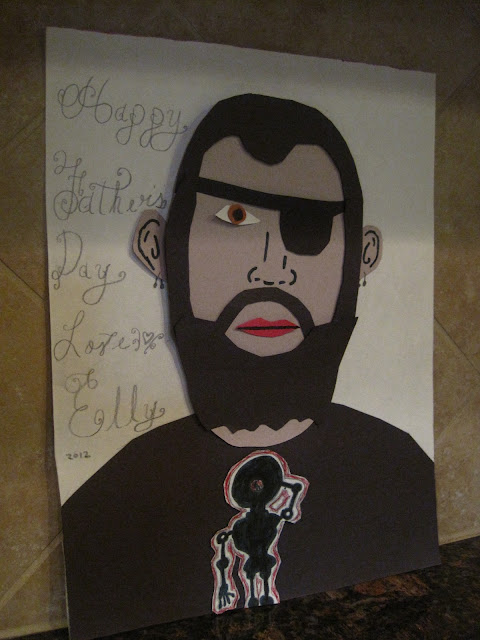 After lunch, we were supposed to go to Kerry's for a little Father's Day celebration with his family & my dad. Without a vehicle, I didn't think it was going to happen. But fortunately Dad hadn't left yet when we got home, so we were able to ride with him! The kids enjoyed swimming with their cousins, and I hung out with my dad, brother, & sister-in-law. Wendy & I walked around outside and watered her flowers & stuff. This one was my favorite: 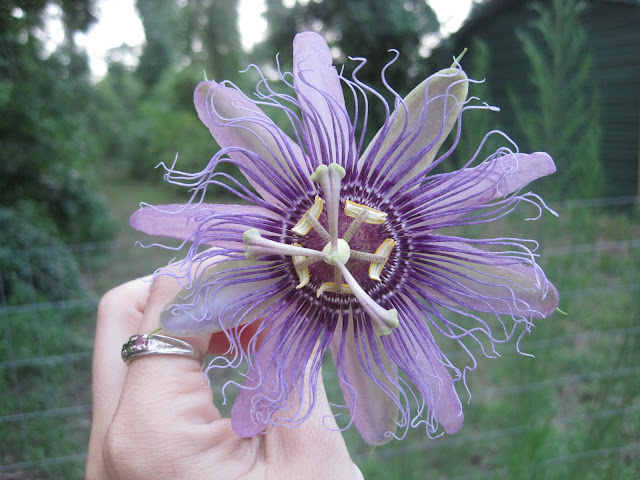 It was either raining or about to rain most afternoons this week, so my baby girl & I watched an entire season of a random show that she found on Netflix. One night, the two of us met up with some ladies that we used to go to church with. It was a reunion of sorts {we hadn't met a few of the ladies, which is why I said "of sorts"!} We ate dinner, shared memories, and had a sweet time of prayer! Random small world story: one of the ladies whom I hadn't met before just so happens to be Vidi's cousin {one of my best friends from high school ~ I mentioned her in "Friends' Theme Songs: Random Assortment of High School Friends Edition"!}

It's that time of year when we play another round of our biannual Pre-Authorization Game {explained in a post I wrote last summer...} As usual at this point in the game, we're losing. We got our denial letter on Thursday, complete with pages & pages of information about the appeal process and oncology imaging guidelines. This was the first time that we've received the guidelines, and I shouldn't have read them because they made me angry. I get so frustrated by the fact that insurance companies make guidelines based on outdated &/or completely inaccurate information. This company seems to think that scans are only necessary every six months for the first two years & then once a year for three years following that. As much as I'd love for that five-year mark to actually mean something for us, it doesn't. For the rest of his life, Chris will have a 50% chance of this stupid cancer killing him. We will never hear the words "cancer free". At best, he'll receive a NED status (No Evidence of Disease). But even at that point, things can change at any time. And once OM spreads, patients are given 6-18 months to live. That being said, if insurance only allows scans once a year (or even less frequently) he could be dead before scan time came around again. Anyways, I'll get off my little soapbox for now, but I'd appreciate your prayers regarding this.

Speaking of stupid cancer, I haven't updated you on my family members' health situations (that I mentioned a couple of weeks ago). G's pathology report showed that the tumor they removed from his colon was cancer. He is recovering well from surgery & will begin chemo when his blood count remains stable (after being half low when he first entered the hospital). Mom is still in the hospital & will be moved to a skilled nursing facility sometime this week (probably). She will continue her PT & OT there for a few weeks, which is super because it allows G more time to recover. As for my cousin...I don't know if you read the details of what Kirby's surgery could entail, but the mass was a teratoma. His surgery ended up taking 11 hours. He is recovering at home now & could still use prayers. He is still facing another surgery to remove more stuff.

On a happier note, I took these cute pics of my puppy attempting to write a guest post for me: 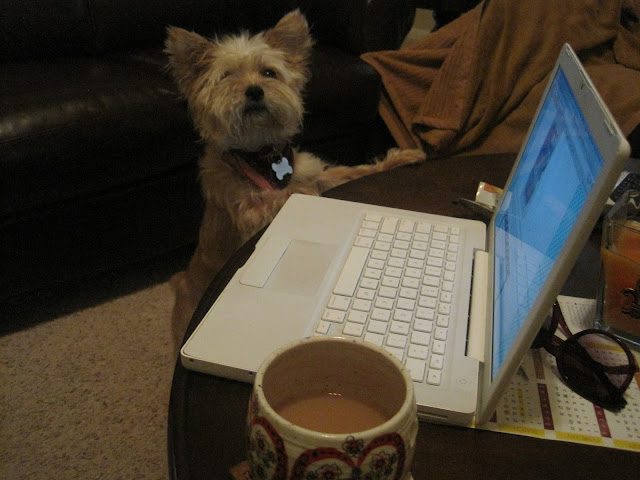 She's actually trying to get the granola bar wrapper on the coffee table! :) 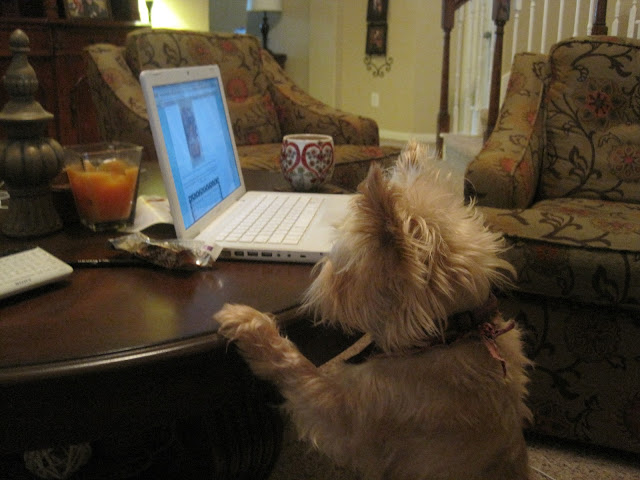 And for today's song, it's not entirely accurate. I've been listening to a lot of Abby Baker & NTB that I've already posted. But I've been listening to my new tunes as well! I posted a Future of Forestry song after Venture, and I honestly thought that was the first time I had ever heard of them. But Chris said he told me about them awhile back. There's a difference between someone telling me about music & me actually listening to it. Maybe I'll pay more attention next time... ü

Okey doke, I guess that's all for now! I hope y'all are having a super great weekend! ♥

Laura said…
Oh my gosh, Elly's card was amazing! I will keep you, Butch, and your family in my prayers for peace and healing. Please let me know if you need ANYTHING!
June 24, 2012 at 6:39 PM

Amanda said…
Praying for you guys!

Brooke said…
as always...praying for you. just yesterday a coworker pulled me out of a meeting. i just knew she was telling me jay was dead or something. a crazy stupid fear on my part. i can't imagine how difficult it must be to live with the knowledge that its more than just a stupid irrational fear. then again, i suppose we're all in the process of dying aren't we? some of us will just get the quicker than others.