I'm taking another crazy quick trip today! I'm headed to a little town between Ft Worth & Wichita Falls for my beautiful cousin Kendra's shower. Because of Kirby's surgery in Lubbock on Thursday, her family didn't head home until this morning. So what was originally going to be a two-day trip is now being done in one day. Uncle Chris is going to give me a hard time when I leave. He thinks I'm crazy when I do this type of trip, especially since I tend to leave at least an hour later than I plan to leave. I'll try to do better this time, but I highly doubt I'll succeed. I might just have to make two stops at my favorite coffee place in College Station {once on the way there & again on the way back. 'Cuz twice going one direction wouldn't really serve much of a purpose...}

My kids had a great week helping with VBS. They came home with stories of cute kids every day! And we had the songs stuck in our heads all week. {Actually, Cody & I have had them stuck in our heads for even longer because he's been practicing for months!} 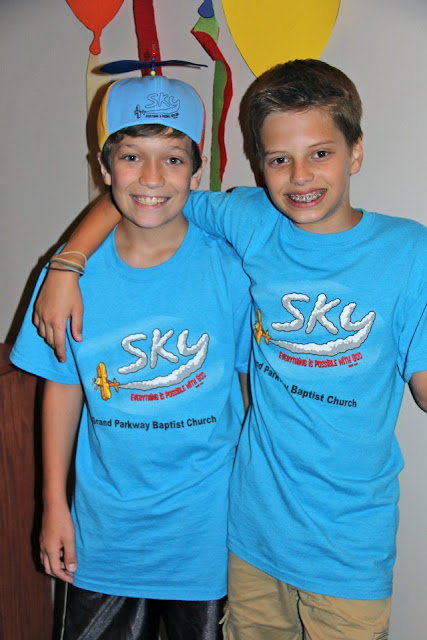 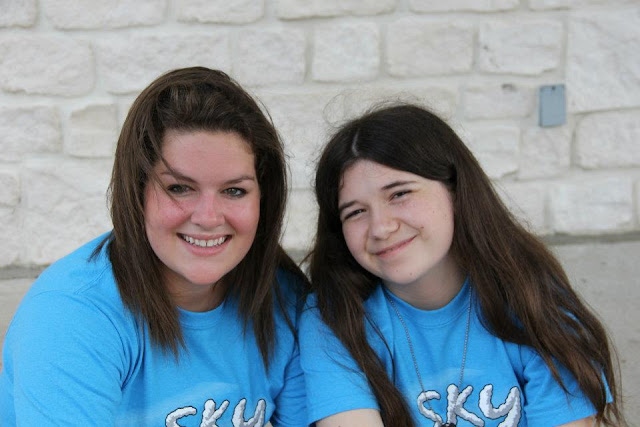 While the kids were at VBS, I managed to get a bunch of stuff done around the house and had time to hang out with friends! Amy & I were going to scrapbook one day. But instead, she baked a cake, & I went through my scrapbook supplies & got rid of stuff I'll never use. That night I started going through my scrapbook closet, which is also the place where random stuff goes to hide. I'm a bit of a pack rat, but I feel like I've been pretty successful in throwing stuff out. The kids & I went through their closets as well, and we were able donate three boxes of clothes! Yesterday after VBS, Chris took Elly & her friend to the Zumiez Couch Tour {you might remember when my family went last year!} And while they went to that, Cody treated me to lunch at Mooyah! :)

There's probably more about my week that I could tell y'all, but I need to hit the road. I got some tunes from Mister Christopher's computer, so I'm set! Solo road trips are super for new tunes! I've got about 12 hours of this day to listen to some Augustana, Future of Forestry, and The Rocketboys! I'll probably throw in some NTB, Abby Baker, & Gungor, too. As for today's song, I've been listening to a lot of random stuff this week. I really like The Vespers, but I don't have much of their stuff. My favorite part of today's song is:

Lift up your blinded heart
He'll help you see
You could be better now
I hope y'all have a super great weekend! ♥

janachelle said…
yay!! I can't see the search bar on my newsfeed so I'll have to check it out from my computer when I get home, but thank your mister for adding it! And based on your previous post...I think we need a trip to nothing bundt cakes or maureens so you'll have something more fun to post about than June bugs, lol! :P
June 17, 2012 at 11:53 AM