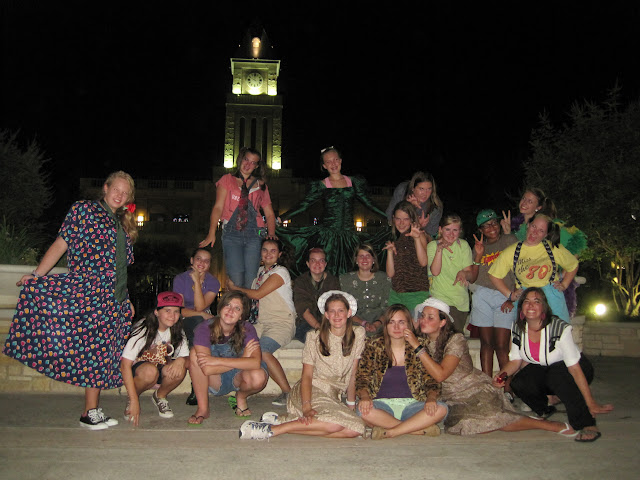 If you know me at all, then you know that I have to explain what it was all about...Wade & Aaron (the youth pastor & his associate) entrusted us girl volunteers to come up with a plan for Ladies Night while they made plans for Fellas Night. Julie had the brilliant idea to take the girls to Goodwill & give them $10 to find a tacky outfit that they then had to wear out in public. What's crazy awesome is the fact that just a couple of hours before Julie mentioned her idea, a few of the girls had told me that they'd love to get dressed in tacky outfits & go out to eat in them or something! So when Julie told me her suggestion, I was all for it!

We decided to make it a contest & found super awesome prizes from Goodwill {OK, maybe not so awesome...the prizes were used trophies that we got for $2!} We had them divide into teams of three & instructed each team to help each other pick out their outfits. They got more points if their outfits coordinated ~ which made it harder to find stuff but WAY more fun! They also had to come up with an idea for a picture (to be taken at an outdoor mall later that night), and if it involved strangers they'd earn even more points! The girls had a blast! And when they found out that we (volunteers) were dressing up, too, they thought it was awesome!

Nicole seemed to thoroughly enjoy finding tacky outfits for us. We had started out with a sort of "80's Prom" theme until we came across Nicole's amazing Unisuit! Jana wasn't with us for the shopping part of the night, so we found her a black teacher dress that could be adjusted to fit as well as possible. We each ended up with something black, but there wasn't a particular theme overall. Nicole was dubbed "Cruise Director", and they referred to me as "80's Barbie". They posed us for the picture below (and I have no idea why they had Julie bent over like that!): 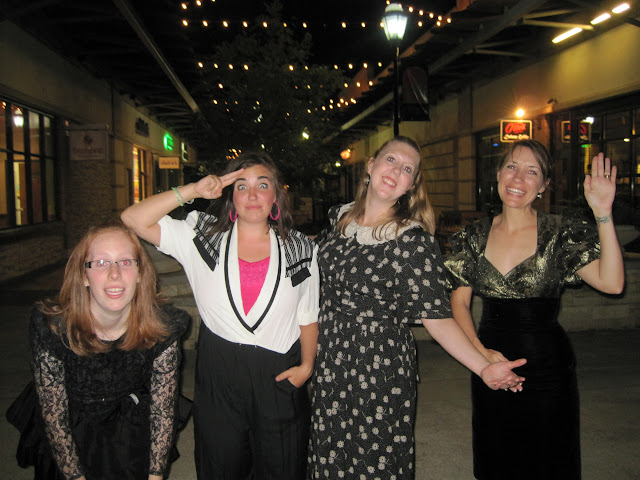 {ftr: my dress was so tight that it took both Julie & Nicole to get it zipped! I couldn't breathe, much less eat my dinner! Yet there was more than enough room up top, because I'm still waiting on normal body parts to arrive. It also had a keyhole back, so I had to undo my bra, tuck it under my armpits & pin things into place. It would've been totally inappropriate if I actually had a cleavage, but for once that worked in my favor! I'm sorry if that's tmi! I'm just keeping it real!}

Moving right along...the girls came up with some interesting outfits! I wish I remembered what each team was called, but I don't. & most of the students that were there are now on a mission trip, so I can't ask them. Elly helped me remember some of them. I don't have each "official" photo, but I do have pics of each team... 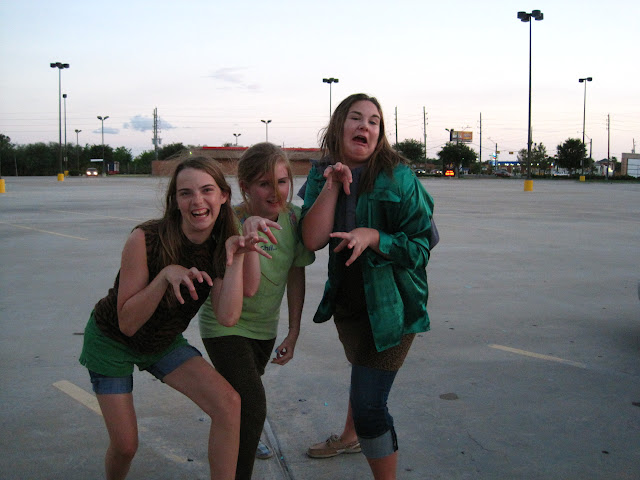 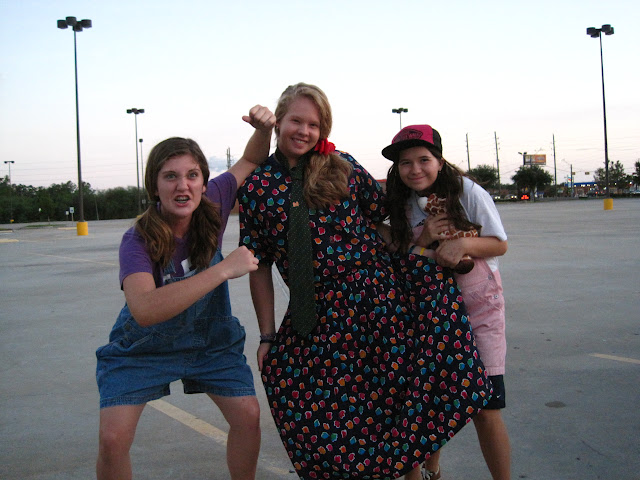 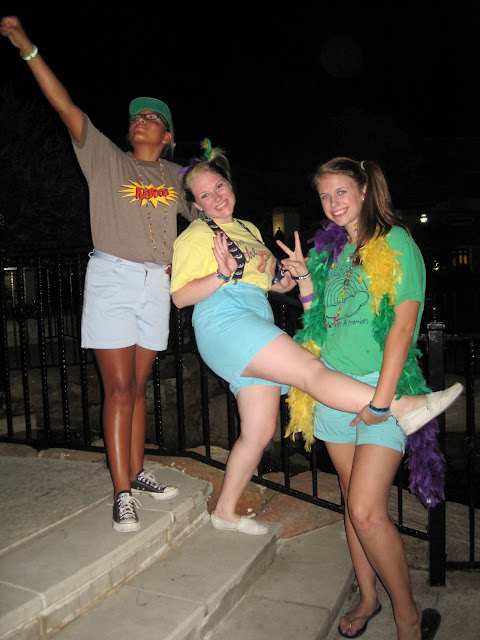 Umm...? I really don't know what their theme was, but Lauren had the most amazing green boots. She broke both heels (one of them before we even left the parking lot!), so they ended up looking like elf boots. It was quite funny! 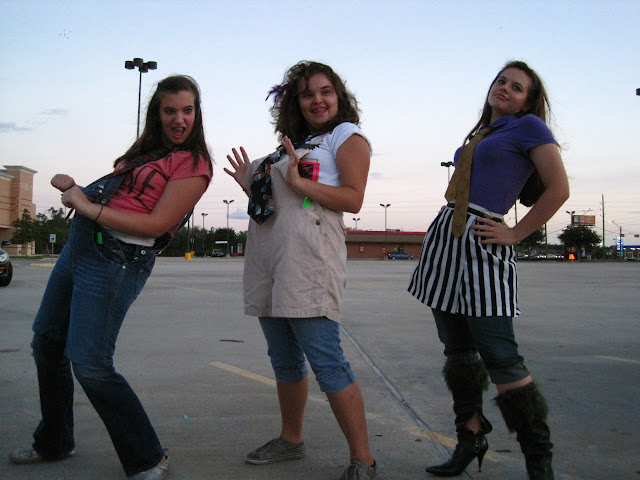 & here they are enjoying cupcakes... 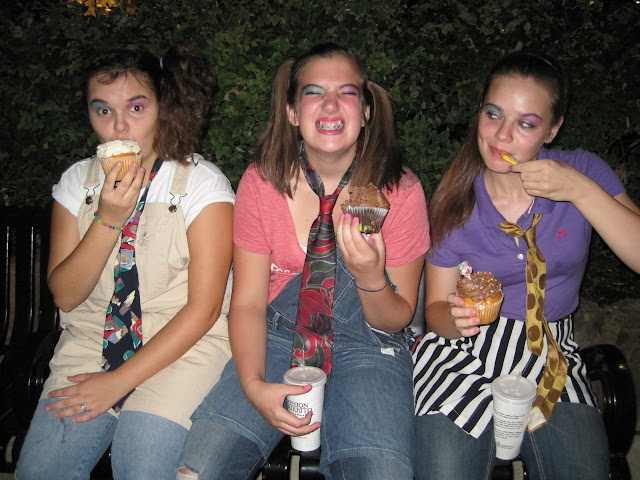 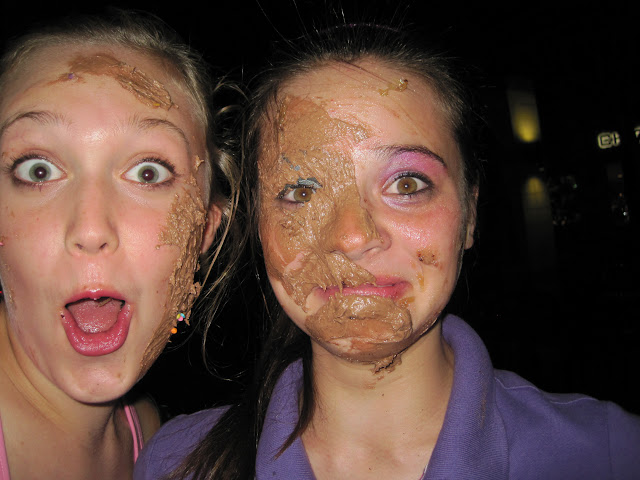 The English Bulldogs were the runners up in the contest. The team consisted of two grandmothers & their rebellious teenage granddaughter. They were talking in British accents all night, and their official photo was awesome! They found a couple walking their dog (which just so happened to be an English Bulldog) to pose as the parents. The couple sat on a bench with their "daughter" in between them. The dog was in front of them, and the grandmothers were standing behind them & pinching the granddaughter's cheeks. It's pretty much a perfect family photo, but it's on Nicole's camera (& she's also on the mission trip). For now, you'll have to settle for this picture: 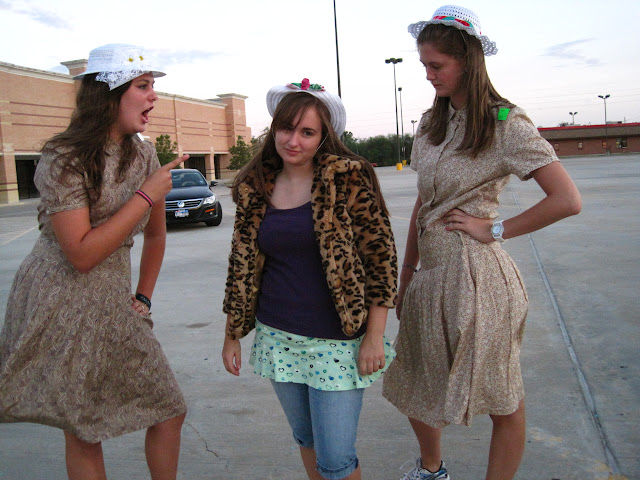 & the winning photo was "Awkward Prom": 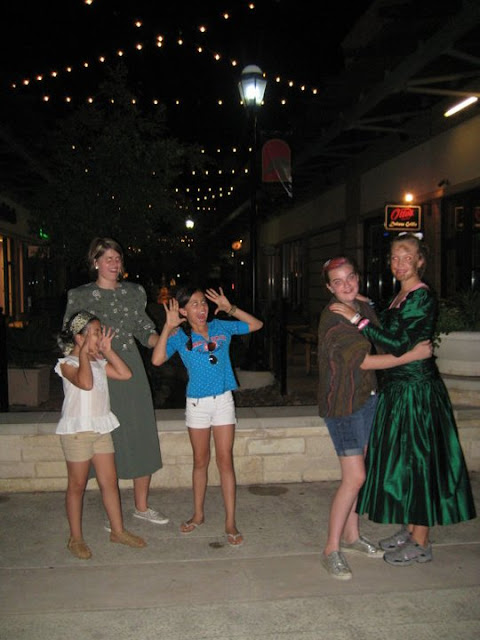 Zion said…
I would totally love that. What a great idea. I am sure you way outdid the fellas. I love the english bulldogs and as far as tmi, I can share some with you. Since I've finished nursing/loosing baby weight, I am smaller up there than I have ever been. It's bitter sweet, but I have told all my friends that the thing I love about being flat chested is being able to wear strapless bras and have them stay in place, or wear a cute vintage or v neck t shirt without looking like I am trying to be Pamela Anderson ;)
August 3, 2011 at 2:13 PM