On Saturday night, our community group had a fun night out on the town! We met at a little place called Jus' Mac. {Contrary to the name of the restaurant, they have a few things besides mac n cheese. Maybe it should be called Mostly Mac?} Everyone except for Deidre & me got different kinds, & I tried a few of them. They were all good, but only Dave's had words written in sauce. {Jana warned you that you might show up on the blog, Dave!} 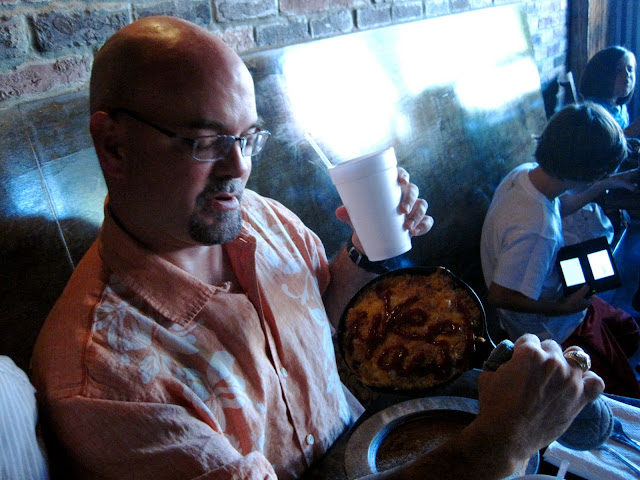 {How cute is that?! His was called The Cowboy!}

After dinner, we headed to a family-friendly improv show. We had some time to kill, so we tried to find a coffee shop nearby. We weren't successful, but I snapped this picture of half our group looking for a place on their phones! 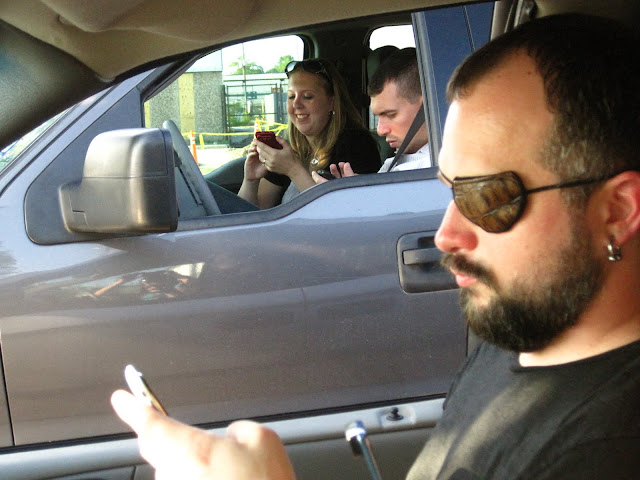 Waiting for the show to begin... 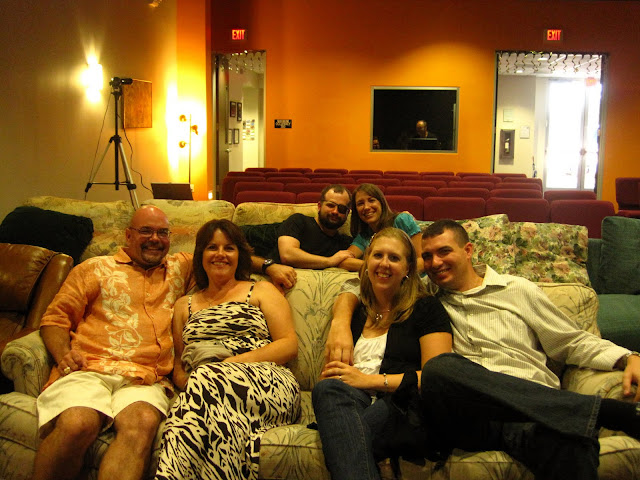 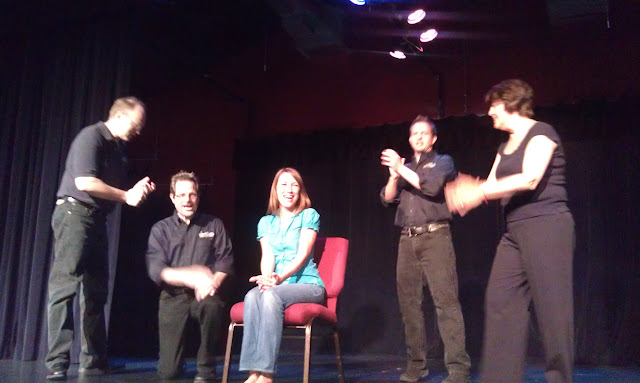 For the rest of the show, they asked for a lot of audience participation. Sometimes they just wanted us to give them the setting/relationship of the characters for each sketch. Other times, they needed assistance reading lines, giving prompts, saying "ding", etc. I tried my best to get good pictures, but this is the best I could do...

When the guy couldn't remember his next word, Cody prompted him with some random word. I totally can't remember the setting of his sketch: 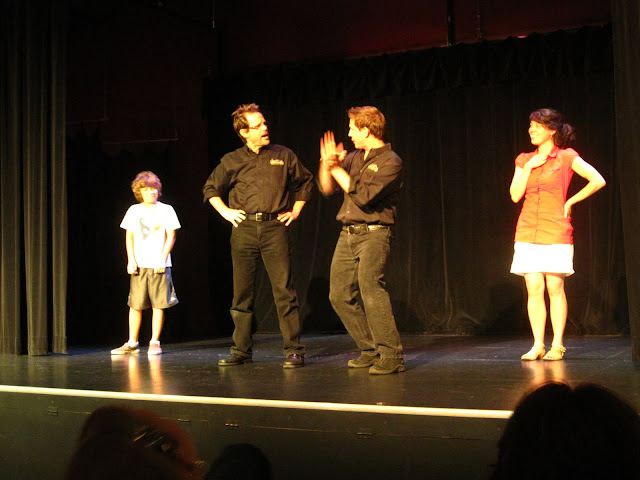 Jana was in Antartica in the midst of a love triangle & could only say two phrases: "I like shoes" & "I'm clueless"! It was funny! :) 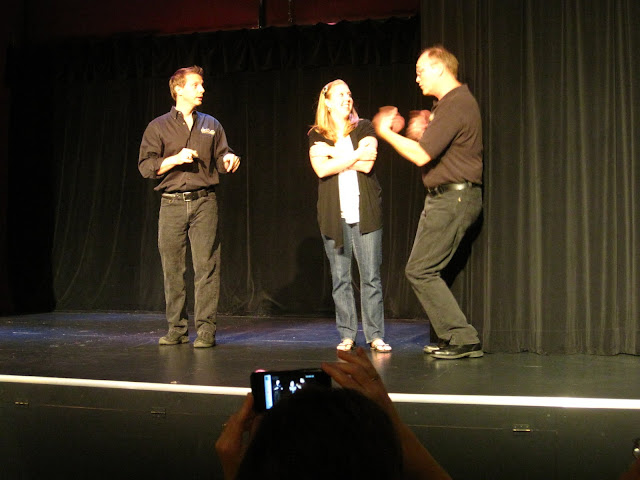 Deidre was a chip counter in Vegas, & she could only say lines from the book in her hands... 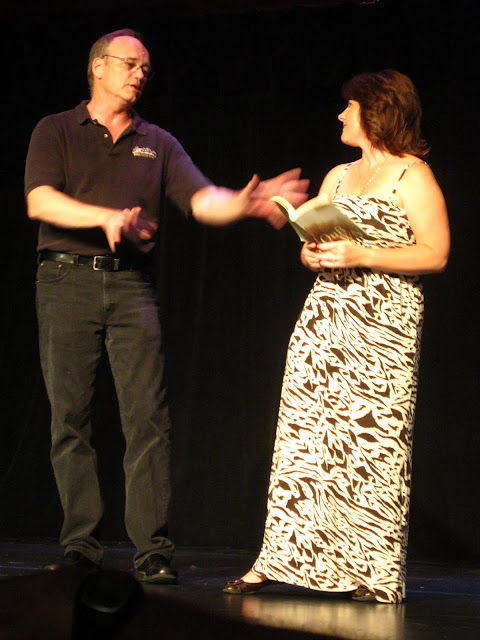 Chris was a puppeteer for janitors at Disneyworld: 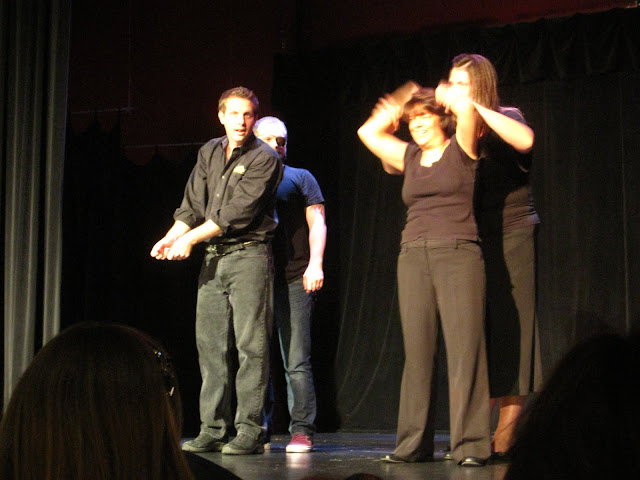 {The other puppeteer was quite aggressive ~ in case you couldn't tell!}

They also did a sketch set in a school cafeteria, and it was a dialogue between a student & lunch lady. We had supplied lines before the show started, and they pulled them out of a hat without having looked at them before. It was pretty funny to see them try to incorporate phrases like: "Luke, I am your father", "Show me your nook", "Will you marry me?" & "This is the skin of a killer"! It was such a fun night! :)

Jennifer {Studio JRU} said…
That sounds like so much fun! Love the photo of everyone using their phone to find a place. lol How great that they sang Happy Birthday to you!! :) I hope you had the most wonderful birthday week ever! ♥
August 11, 2011 at 11:45 AM