(by The Beach Boys)

You can probably guess what the kids & I did today! Well, we didn't surf (as the song talks about), but we caught some waves on Cody's boogie board. Does that count? 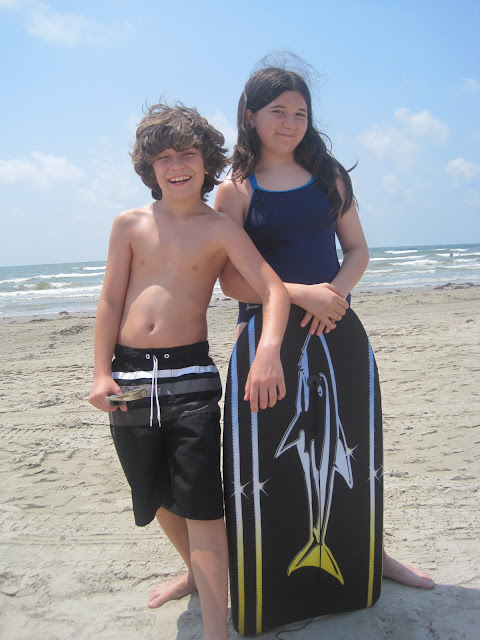 Apparently this was supposed to be a goofy-faced picture {I missed the memo!} 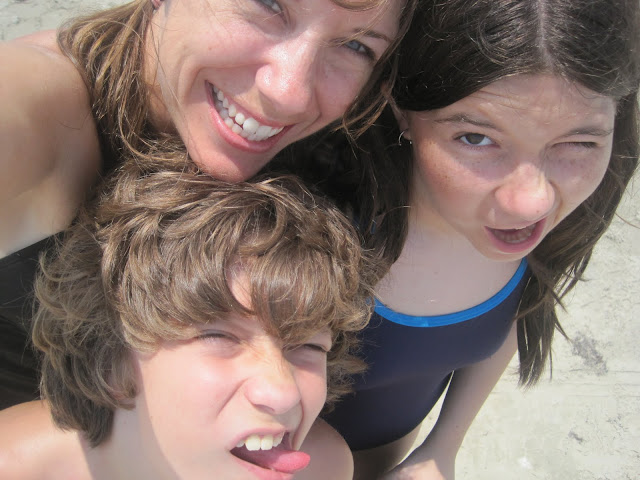 Cody spent most of the day digging a hole, body surfing & boogie boarding 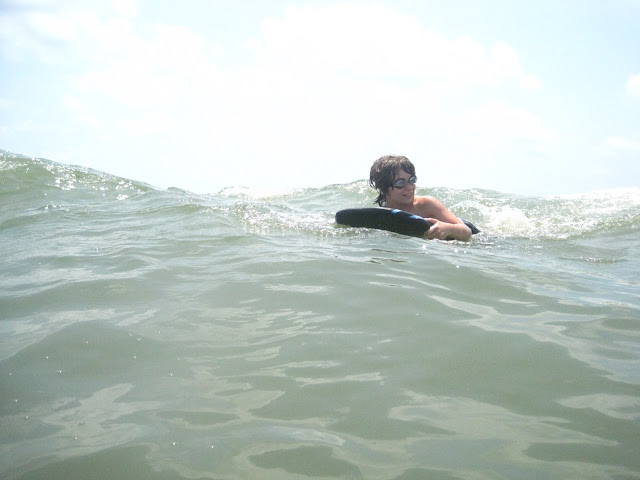 Elly played in the sand the majority of the time 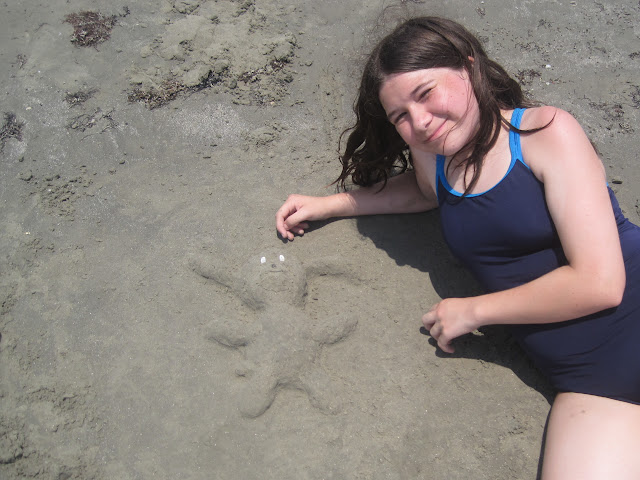 {this is supposed to be her friend Shrek's stuffed bunny!}

It was so cute seeing my kids play together! :) 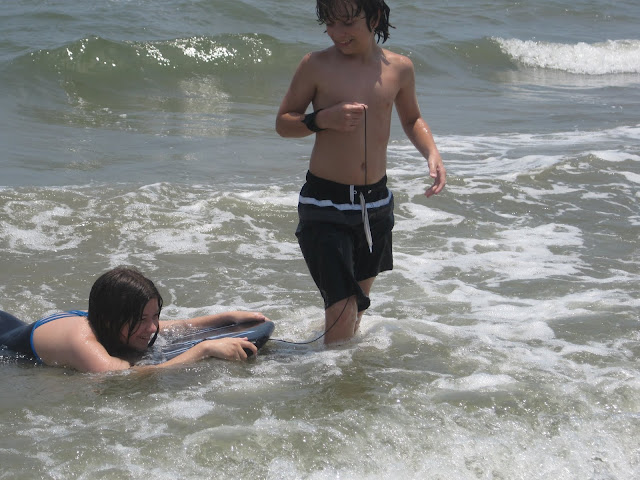 Before we left the island, we stopped by our favorite coffeehouse for some yumminess! 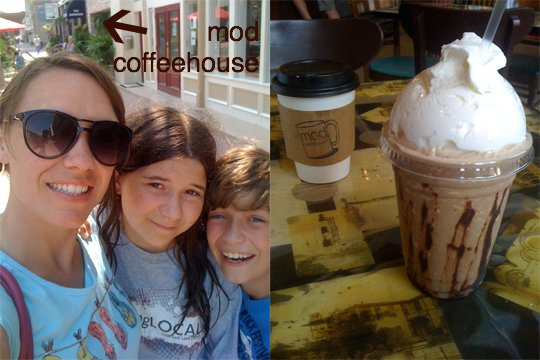 And a day at the beach wouldn't be complete without a mishap or two! I can't pretend that everything went smoothly, because I think y'all know me better than that! {These incidents are SO not worthy of an entire post, though I'm sure I could come up with a beach themed mis-series post if I thought hard enough!} The mishaps began before we even got to the beach...we had to pull over on the way there to dispose of Cody's puke {because what would a trip be without him using the throw-up cup? Poor car sick boy!} Once at the beach, we were situated near a man and his children, whom we sorta befriended. His girls were about the same age as my kids, so we ended up in the waves with them while he stayed closer to shore with his little boy. Of course the one time we were remotely near him in the water, I almost lost my tankini bottoms while on the boogie board. Nice. I don't think anybody saw anything, but you can guarantee that the rest of the time I was in the water I was holding them up!! After we ate our lunch, we left our stuff in the beach bag & played in the sand and water for awhile. When we got back to our stuff, there were birds trying to peck their way into our bag of chips! Silly birds! {Speaking of birds, they were everywhere today! I'm used to seeing a bunch of seagulls, but there were also some other kind of birds (that were trying to eat our chips) & about a hundred pelicans. I've never seen so many pelicans in my life!} One final thing (that I can think of, at least ~ I'm sure there were mishaps that I've already forgotten about)...when I was uploading my pictures from today, this one showed up: 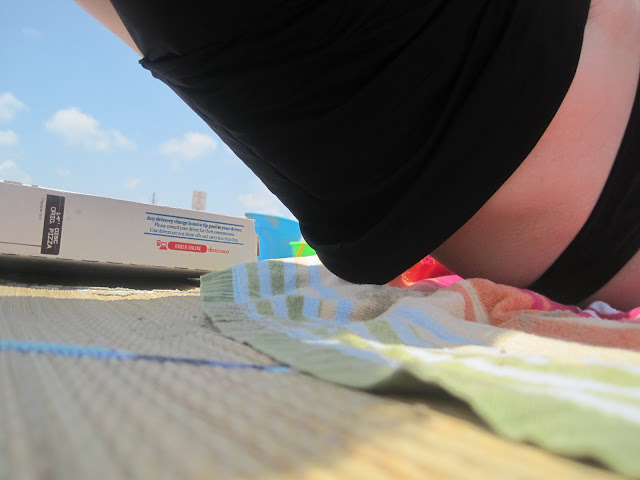 How funny is that?! I have no idea who took it or how it happened, but it made me laugh! :D

Zion said…
What a fun day. The kids look so cute, I can't believe how much they are growing up :( Of course I guess that makes sense, but still, I was just looking through all these old pictures preparing for today's post and it is crazy how much time has gone by!
June 11, 2011 at 12:07 PM