This week has been super! Well, aside from being partially responsible for the death of a lizard & leaving work in tears one day...but we're only going to talk about the super part!

I got to see my friend Kim at church on Sunday! {Did I tell you she's moving back?!} Of course, that was super! But I also got official news from another friend...Do you remember awhile back when I was sad because my friend was moving? Well, guess what?! SHE'S MOVING BACK, TOO!! It's official...this will be the best year ever! First Kim and now Nichole! How exciting is that?! :)

If you're friends with me on Facebook, I hope you haven't been annoyed by my pictures today! But we've been making a bunch of yummy goodness for our student ministry's dessert auction!! I've told y'all about it before, but in case you forgot...The dessert auction is a fundraiser for summer events. We transform the sanctuary into a dining hall where the students serve lunch and host the auction. Because the students' desserts usually go for me, my girl has made something every year since she has been in the youth group. This year both of my kids get to participate! I took pictures on whatever device was handy, so there's an assortment of styles for your viewing pleasure...

Cody and Alex made an Oreo Ice Cream Cake: 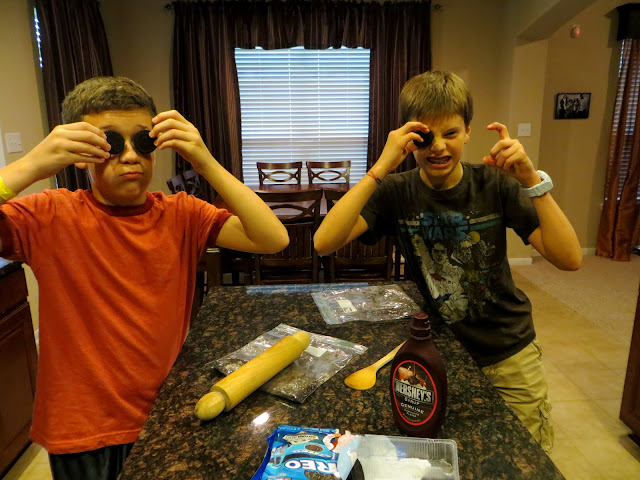 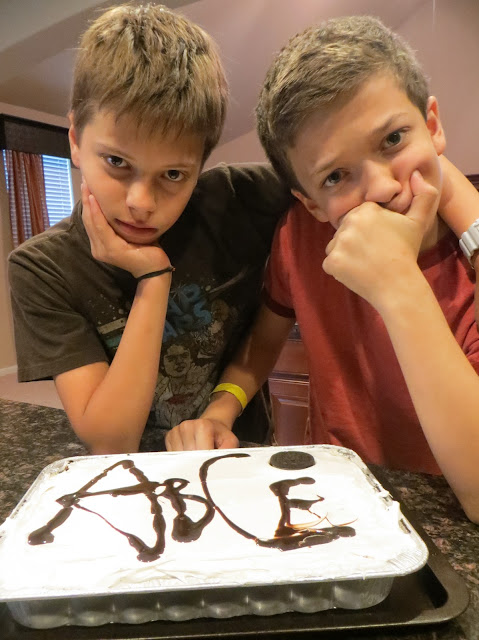 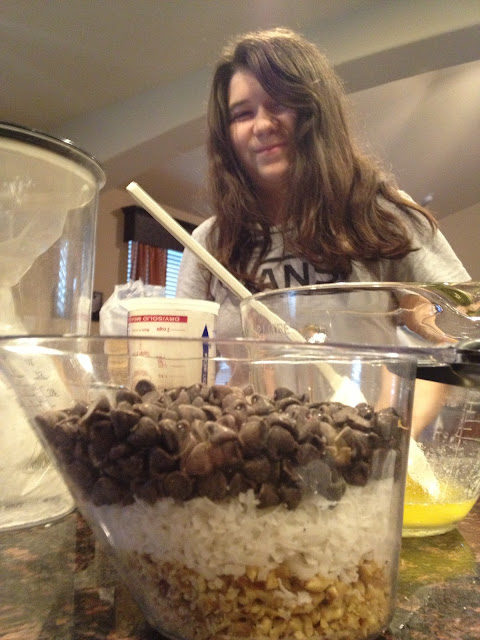 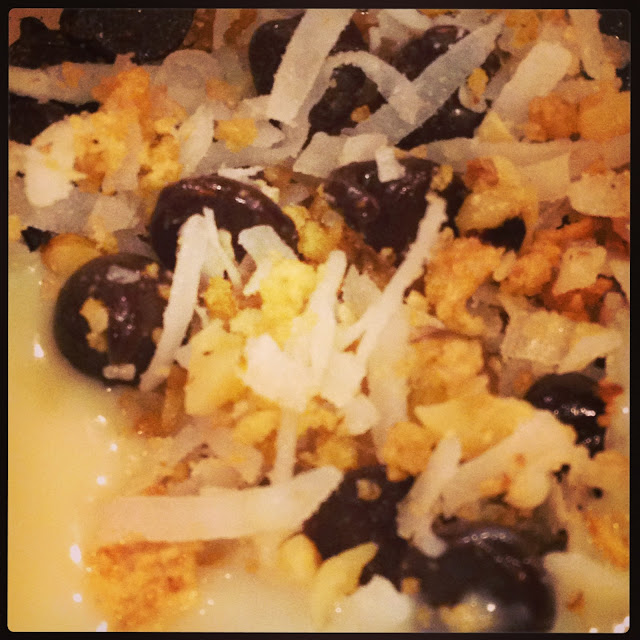 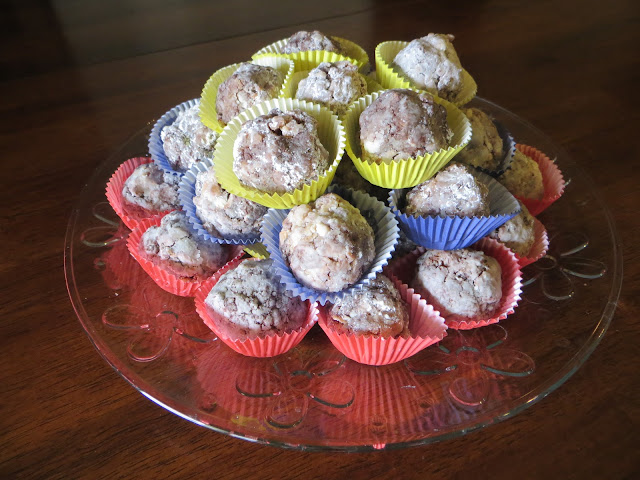 ...and a Dr Pepper Cake. I didn't take a picture of it, because it's not pretty (not that Party Balls are, either). But it contains the following ingredients (& more): 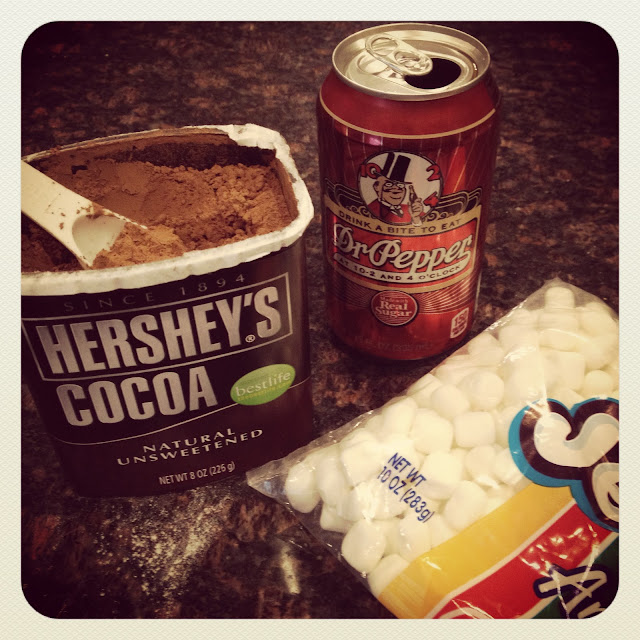 As for the song, I (once again) have absolutely no idea what I've listened to the most. But Hawk Nelson released a new album this week, so I thought I'd post a song from it! Their lead singer left the band last year and was replaced by their drummer, so they still have a very similar sound. I wasn't sure how I felt about it all at first, but I think they'll do alright! :) And I'm quite jealous of my beautiful cousin Kendra, because she got to see them today (right now, actually)! And to prove the fact that not only are we cousins, but we are meant to be bffs...this song was planned before I knew that she was going to the concert! And because I'm living vicariously through her right now, let's just pretend I was there with her when she took this picture: 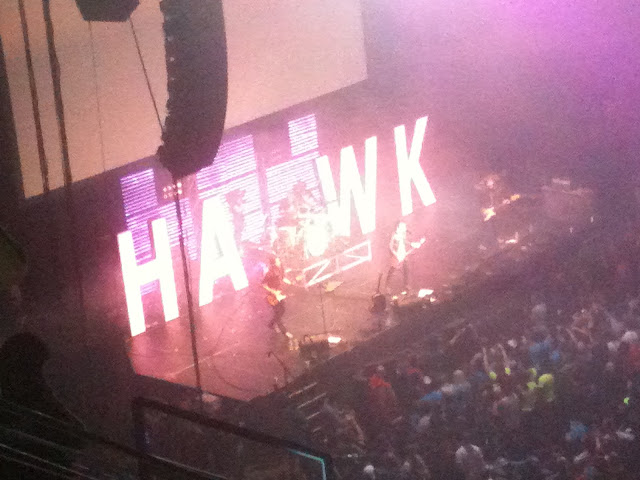 P.S. I didn't do anything to change the font on the majority of the post, but it's way better, no? And when I noticed it & came back to type this, it's the default font down here. Can anyone clue me in as to how that happened without me actually changing it?!
Email Post
Labels: friends HN kid stuff Scrobbled Saturday

Jennifer {Studio JRU} said…
ok... a dessert auction as a fundraiser sounds *and looks* like a fantastic idea!! :) loved seeing the photos! yay for your friends moving back!
April 7, 2013 at 2:23 PM

Brooke said…
i had font issues on the other day and i'm not sure why...

Zion said…
I don't understand anything about websites or fonts and I have the strangest things happen sometimes without my permission. All of the pictures look yummy and cute.
April 11, 2013 at 10:35 AM