This is probably so not worth a blog post, but I've been home {siiiick} all week. And I've been thinking about something & wondering if any of y'all do it, too...I accomplished a lot of little things last week that felt productive and all. BUT I realized that if I would just do these things immediately instead of putting them off, they'd be done. Ya. I was third in my class & apparently wasn't smart enough to figure that out until now.

For instance, I decided years ago that there shouldn't be a stack of papers that need to be filed. If you file a bill as soon as it's paid (or received, if it's paid automatically), then there's no reason not to just go ahead & file it, right? Well, I fell off the wagon a few months ago & had to deal with it when I was doing taxes (trying to find every last receipt that could possibly help us out). It only takes a few seconds to file a paper as it comes in. But when you have months' worth, it takes much longer. Just so you know...

And do you let a stack of towels sit on a barstool for five days because you can't take the 45 seconds to put them in the kids' bathroom?? Seriously. That happened last week. And if I can be honest with y'all, it probably happens once or twice a month. I could make the kids put the towels away, and that problem would be solved. But that's not my point. Some things take less than 10 minutes to do, yet I put off doing them for way too long.

But I got some things done last week, like shredding papers, ironing a few shirts, hanging this on my patio... 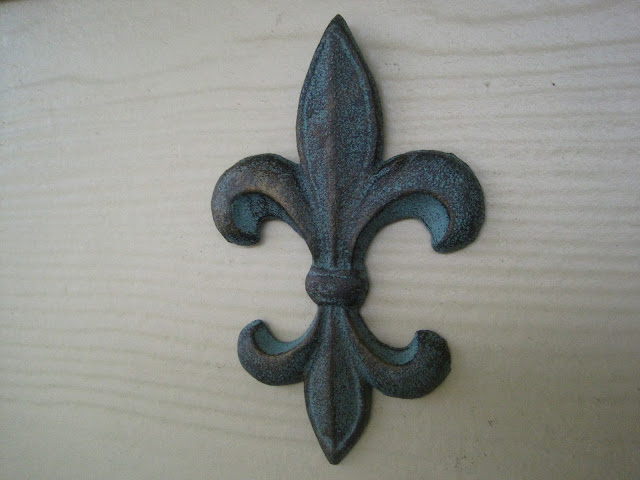 & hanging this in my pantry: 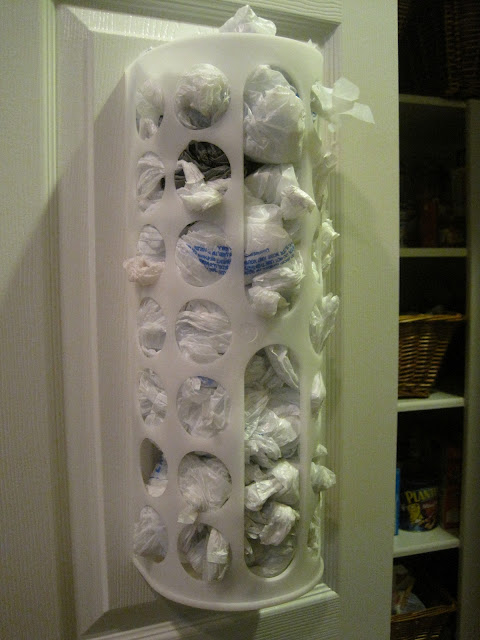 {Seriously, this thing has been on the floor for a year or two! I had attached it to the door with Command hooks when we first moved in, because I didn't want to mess up the door. I know that's dumb, but everything was nice & new so I didn't want to mess it up! The problem is that one of the hooks broke. Then after I replaced it, it broke again. So it sat on the floor in the pantry until I finally decided that it was stupid to not hang it where I wanted it to be. It's the inside of a pantry door, right?! If I decide that I don't want it up there at some point, I can hang a calendar up there to hide the holes. As it turns out, I put it on the wrong door...Chris keeps bumping into it because it's on his blind side. Oops!}

Hanging this took a little bit longer {because Wade left my ladder in Houston during the last student service project...} 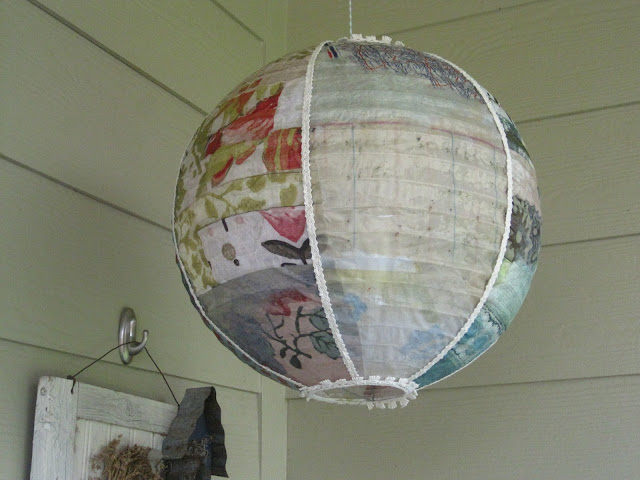 {Don't tell my friend Safety Dave, but I stood on the stand that holds my glider in order to screw the hook into the ceiling. It wasn't the most stable thing to stand on, and I had to stretch to reach the ceiling. But isn't the paper lantern super cute?! It was an early birthday present from Amy, and any broken bone as a result of falling off said glider would've been worth it to have it hanging on my patio!} :)

I also cleaned out my van, which took a little longer than 10 minutes. But it didn't take so long that I couldn't have done it at some point in the last ten months. {No lie. I still had little brochures from White Sands & such on the dashboard...} And I finally replaced the vehicle registration sticker that has been in my console since January. I'm totally driving around without a front license plate (still), AND I had an expired window sticker. Again, it took less than a minute to replace the sticker {that I've had since before it expired, ftr!}

Now I will say that these things were never written down on a list. Had they been on a list, they totally would've gotten done solely based on the fact that I love to cross things off my lists! And before you think too badly of me, I don't do this with everything! My kids [almost] always have clean socks {I've had to send Cody to get a pair from his dad's drawer a couple of times, but he must eat his or something! Seriously! How does he ruin &/or lose socks so quickly?!} And the kitchen is cleaned every night {or at least by the time I sit down with a cup of coffee in the morning!} The bathrooms are generally clean {the one that Cody cleans is questionable, but I try to check it before guests come!} And I make my bed almost every day.

So it really is just the little things that don't affect my daily life that I put off until I'm tired of looking at them. Why do I procrastinate like that?! Am I the only one?? {please tell me I'm not!} Do y'all do those little things as the needs arise, or do they get put on a To-Do list? Does putting them on a list actually help you to get them done? Maybe I should stop asking so many questions & go look for something that needs to be done around my house... ;)

and yeah, i do that all the time at work. a stack of papers sits on my desk all afternoon and i dread dealing with them, then they typically take 10 min to deal with but i've dreaded them for hours
May 25, 2012 at 10:02 AM