Once again, Going Local has come & gone, and I'm sad that it's over. Those kids love to be loved on! There's a part of me that thinks we could not plan a single thing for VBS, and it would minister to them just as well. We could just show up with snacks, a few balls, coloring sheets, & crayons. We could talk to them while they sit in our laps or give them piggy-back rides. Granted, that wouldn't bring as many kids, and even fewer would probably stick around. But they really just want our attention and our love. And snacks! 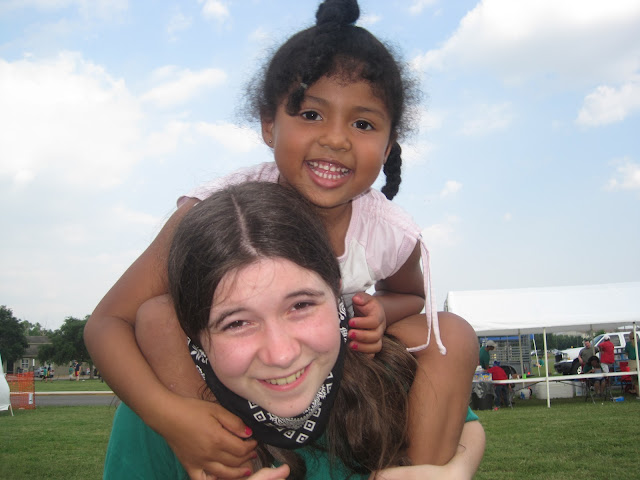 Though I love all of the kids, there's one particular boy who completely stole my heart. He's the boy I mentioned on facebook. In case you didn't see that post, I'll repeat the story here: We were playing kickball the first night, and when he got to third base we told him to run home when the other little boy kicked the ball. He turned to look at me all confused (& a little sad) and said, "Go home?!" That is the moment when he stole my heart. Oh my goodness, he's adorable! After VBS was over that night, we were playing a game again. He gave me the best hug ever and said, "How are you today?" with the biggest smile. With that hug & smile, there's no way I couldn't be having the best day ever. Seriously, I'm tearing up just thinking about it. ♥ 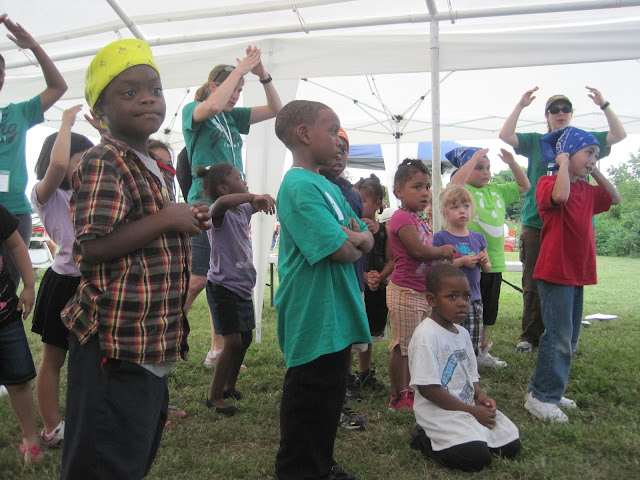 I think it's so cool how we go there to bless these beautiful people and end up being so incredibly blessed by them! {for the record: that's not why I go. Just wanted to clear that up!} One of my favorite little girls brought cookies to share with everyone on Friday. Seriously?! I had to walk away for a minute so I could compose myself. I don't know if I've mentioned that we're not reaching out to the rich people of our city, but to those who live in government housing. To see her want to give back that way brought tears to my eyes. 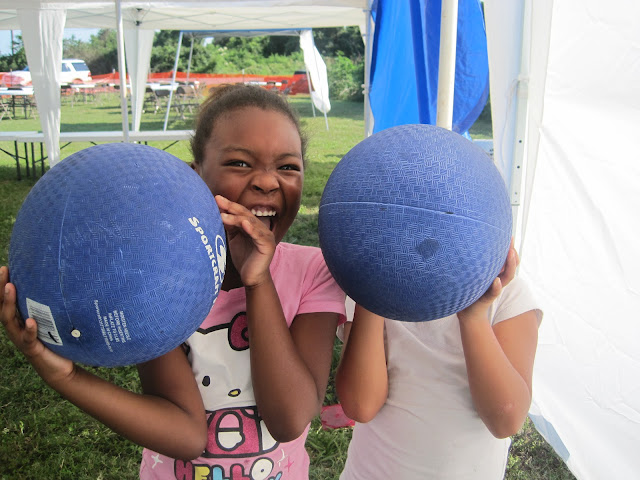 We had a great team of volunteers again this year! They worked hard to help us prepare the crafts. My friend Dave cut, sanded, & painted nearly 100 wood blocks for the first day's craft, and he prayed for the kids as he prepared them. ♥ The Bible story was told in the large group last year, but this year we decided to do it in the smaller groups. I really feel like they connected on a deeper level that way. Several of the small group teachers took the time to find object lessons to go along with each day's story, which I thought was super! The first child to recite the memory verse (without reading it) was the one kid who we didn't think was even paying attention to any of it! You just never know, huh? 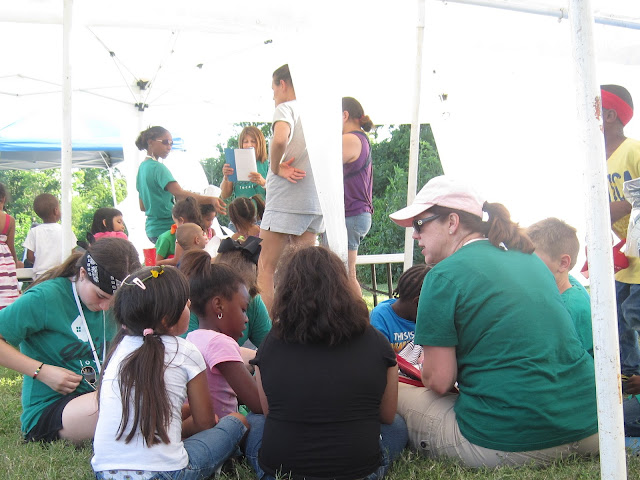 I didn't get a count of how many people from my church were involved this year. There were several other areas of ministry going on at the same time as VBS: youth, evangelism, food outreach, and women's conference. I know I've said this before, but I really am so blessed to serve God alongside such a great group of people!

Jennifer {Studio JRU} said…
Sounds wonderful and perfect So often it all comes down to attention and love. Nothing money can buy, just love. You are a true blessing to these kids Amy.
May 23, 2012 at 6:18 PM