"Calling All the Monsters"

Somehow I have failed to mention anything about what our student ministry has done for Halloween over the last four or five years! On the Wednesday night beforehand, we dress up & do something crazy. It isn't always the same thing, but it's always super fun! We've had Scavengerween (costume scavenger hunting), Rollerween (costume roller skating) & Bowlerween (as you could probably guess: costume bowling). I'll show you a few pictures from Somethingerween's past, but the real point of this post is to let you see how amazingly cute the girl volunteers' team costume was this year...

When Sally was pregnant a few years ago, she & Wade dressed up quite scandalously: 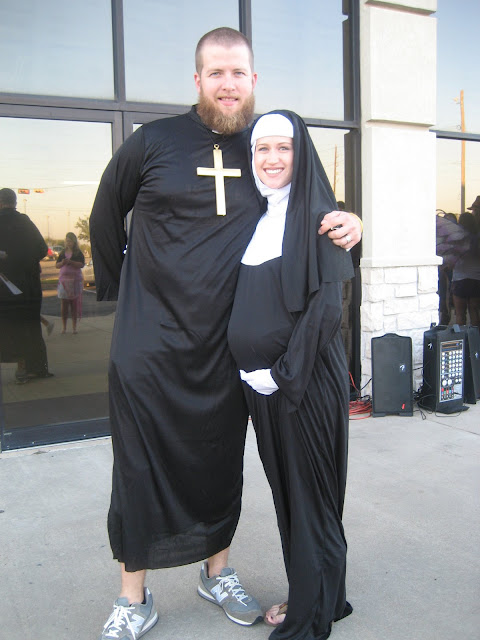 Here I am with Jana, Sophie & Sal a couple of years ago: 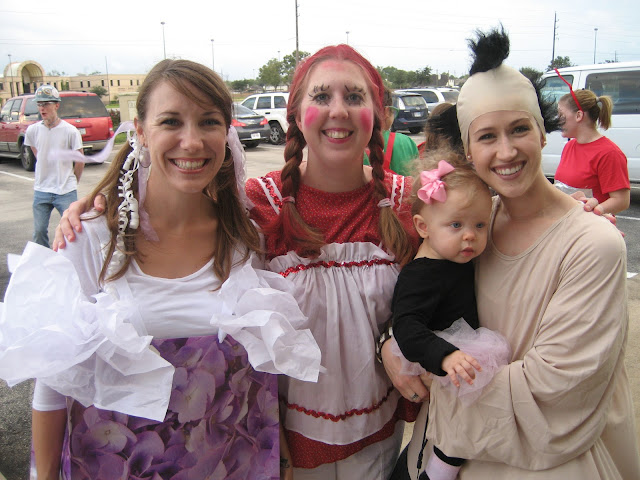 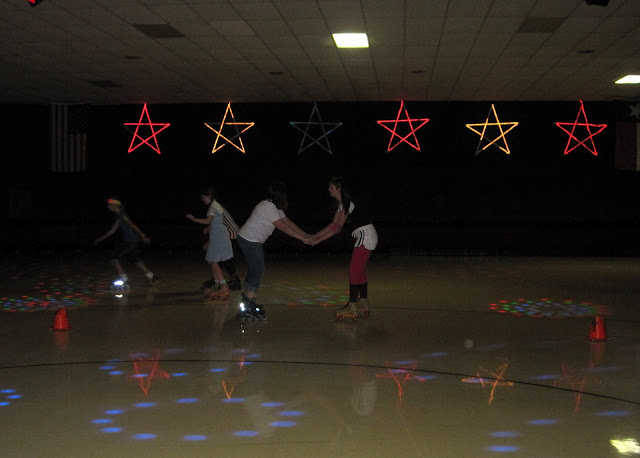 This year, my fellow volunteers (Nicole & Julie) decided that the three of us needed to go as Rock, Paper, Scissors. Wade loves it & has us all play it at least twice a month to determine who will play the actual game that he has planned for the day. Also when there's a tie in the actual game, it results in a "physical challenge". And his idea of a physical challenge is RPS. {Sometimes he'll change the point value of the last trivia question (or whatever) just so he can force a physical challenge!} So it seemed like an appropriate costume theme for us! 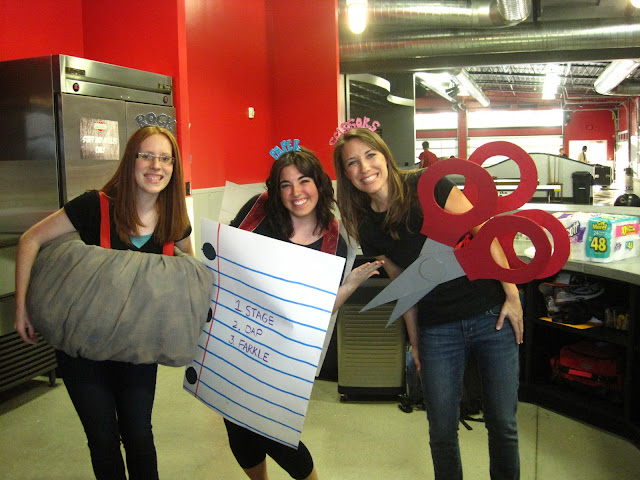 I didn't actually get to go on the scavenger hunt since I'm leading a Ladies' class on Wednesday nights, but we would've been split up for that part of the night anyways. The main thing was that we were together before & after. They got done with the hunt around the same time that my class ended, so I got back to the youth building before they showed all of the pictures from the scavenger hunt. My baby girl's team won! Speaking of my baby girl, she has wanted to go as Wade since she first knew about Somethingerween. This was her first year in the youth group, though, so it was her first chance! We were sneaky & had Sal snag us one of his shirts & a hat for Elly to wear: 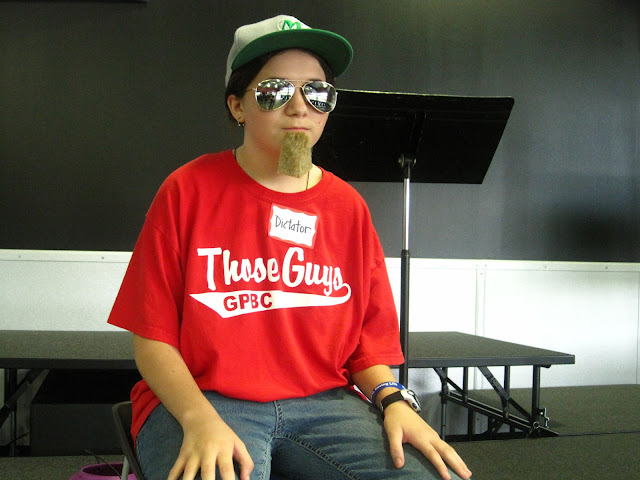 & here's a picture of all of the youth volunteers minus Bob {respect the 'stache} ~ he always seems to disappear when it's time for us to take a group picture! 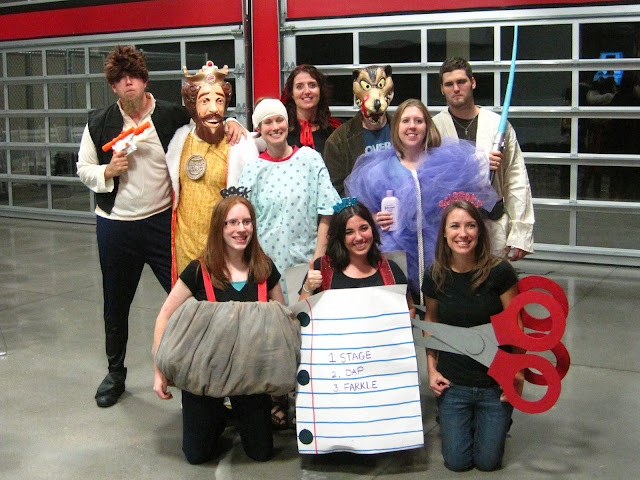 {is it just me, or does the Burger King creep you out?}

Even though I didn't get to participate in the hunt, I thoroughly enjoyed making & wearing costumes with Julie & Nicole! I'm pretty sure this was my favorite costume ever. If you have a favorite costume, I'd love to hear about it!!

Brooke said…
what fun costumes!! i'm not very creative when it comes this time of year so i enjoy seeing other people when they are
November 1, 2011 at 5:38 PM

Jennifer {Studio JRU} said…
Oh my goodness... how fun! Love the costumes!! I am so glad to hear I am not the only one that thinks the Burger King is creepy! I have not dressed up since I was young. My mom always made us great costumes!
November 1, 2011 at 9:25 PM