"As Sure as the Sun"

Last week was a pretty great week, and I think this one is going to be great, too!

These were on my desk when I arrived on Monday morning: 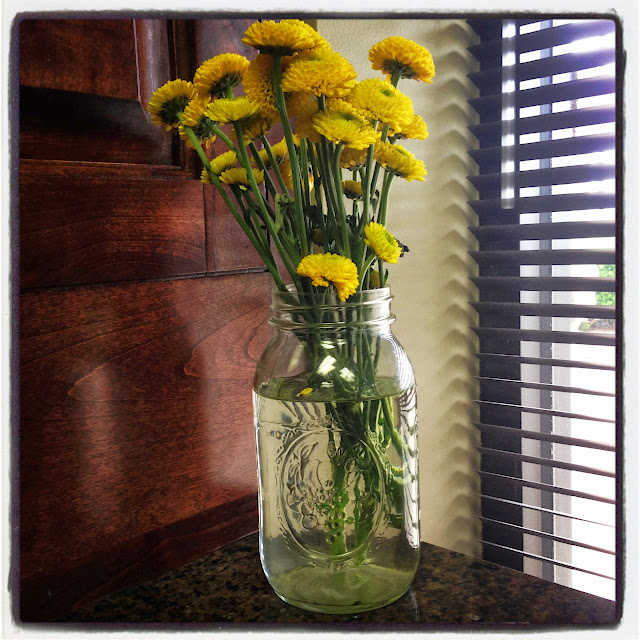 Kennan left them there for me. She & Marcus had used them in a video, and she thought they'd brighten my day! {She was right!} ü

I was Coco's Woman Crush Wednesday, yo: 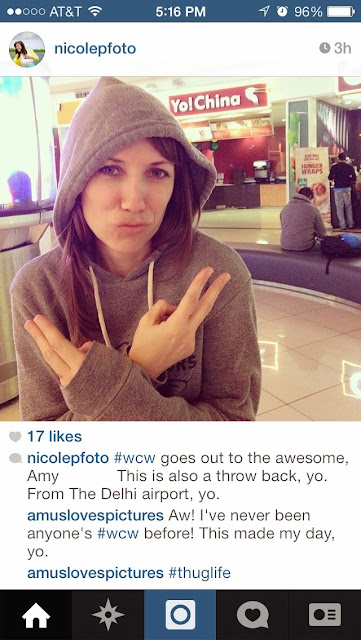 My sweet boy did awesome at district!! 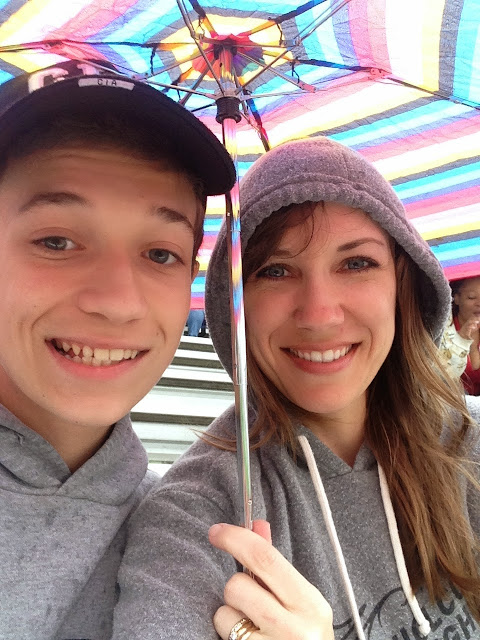 God knew that I wouldn't have handled things well that night, because He arranged it to where I was not there to witness it. As you may know, I was in New Mexico last week. {Lest you think I'm a terrible mom, I must explain that my trip had been planned long before Cody was in track...} Christopher was also not there, because he had an elder meeting. Cody was texting me during the meet, as he does even when I'm there ('cuz he's cool like that). After the 800, he texted that he finished but would tell me about it in a little bit. He ended up calling to say that he had not been feeling well at the end of his first race (the 800), and he tripped & fell in the last 100. He ended up sixth place, which is still pretty legit. I felt bad for him, but let's be real: he's my son ~> he was bound to fall at some point! ;)

I didn't hear anything for a couple of hours, when he told me that he finished the mile and was getting ready for the 4x4 (the very next event). But then I didn't hear anything for another 45 minutes, when my phone rang (at 9:30), and it looked like a school phone number. I said before that a mama's heartbeat accelerates when the school calls. I take that back, because my heart actually stopped for a second this time. I knew that something was wrong with Cody. Fortunately, the trainer had him say hi to me before explaining why he was calling. My sweet boy had gotten severely dehydrated, had elevated blood pressure, was hyperventilating, and had fallen two more times (in his last race). Oh ya, and he puked a couple of times (I think it was later, after he drank a bunch of water, maybe too fast). He was OK at the time of the phone call, and the trainer reassured me that he would be fine, but I felt so bad for Cody and couldn't do anything to help him from 13 hours away.

I got more details from him by text the next day and in person once I got home. Despite the dehydration, he finished third in the mile, and his team finished third in the relay. I'll spare you the details of his falling in the relay, but let's just say that my stomach turned as I pictured the scenario. And I can't imagine having been in the stands that night, knowing something was wrong with my boy. I might have jumped the railing and ran out there!

Fast forward to this week, and Cody was sure to hydrate! :) He did so good and was feeling great! He finished second in the 800 and set another PR (2:20). His relay team finished second in the 4x4, and he set yet another PR (61)! The most exciting thing was when he WON the mile, setting another PR (5:23)!! He started out in front, and I was afraid that he was pushing too hard. After rounding the first corner, he stayed about 50 yards ahead for most of the race. In the last lap, a guy from another team started to gain on him a little. I don't know if he pushed too hard too soon, or what, but he never got closer than around 25-30 yards. By the last 100 sprint, I knew that Cody had it! I was so excited for him!! I was that mom screaming in the stands. I got a couple of strange looks from a teenager nearby, but I didn't care. That was my baby boy, and he won district!!

I had spoken with Daniel's parents earlier in the evening, and I turned around to see if they had seen Cody. They were all smiles and seemed legitimately happy for him! :) Daniel finished the same as Cody in the 800 and mile. I think our boys had super great first seasons, huh?

The meet took place in the town where one of my girls lives, so she met me at the track: 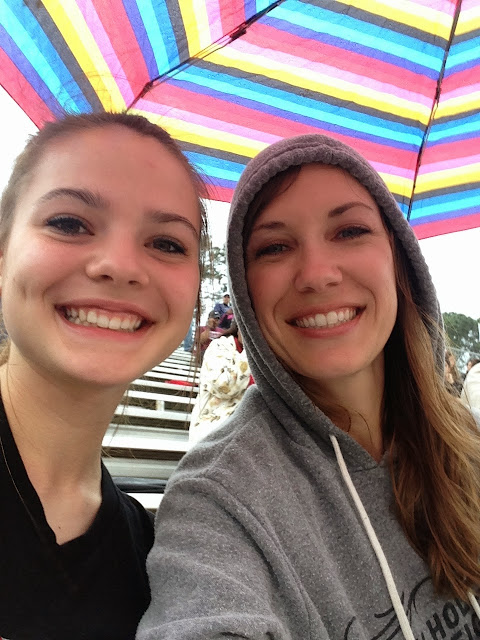 {You may recognize her from a couple of birthday photos, 'cuz she's one of my Birthday Buddies!} She hung out at the meet with me the whole time {except for the few minutes when we snuck away between events for Blizzards at Dairy Queen!}

I was able to take some carnations home after a memorial service at the church yesterday. I found a good use for my super cute teapot that had rusted & wasn't useful for tea-making anymore {but was too cute to discard!} 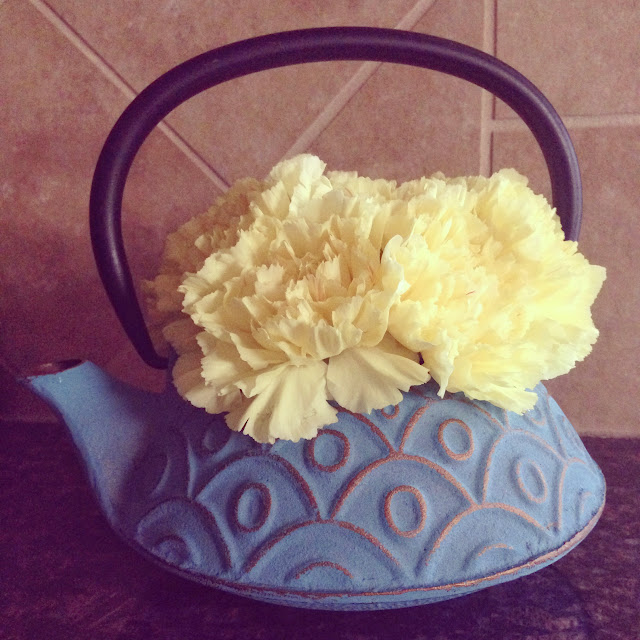 We ate empanadas with Dan & Amanda's family for lunch today! I think I won the prize for longest fry this time: 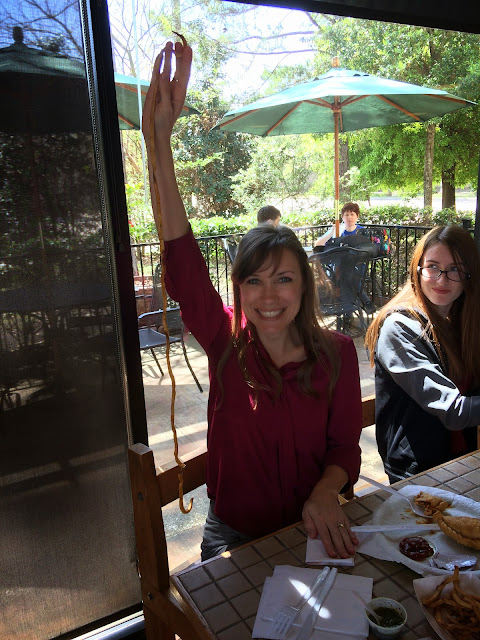 {In case you missed it, Amanda had an incredibly long fry last time!}

As for today's song, I decided to post it because it's the title track on her latest album from which I received my Kickstarter goodies this week! 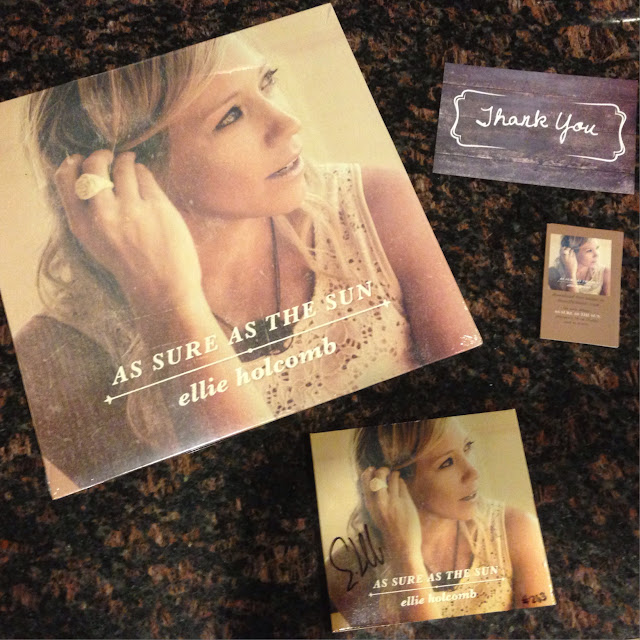 I guess that's all for now! I hope y'all have a wonderful week! ♥