"You Keep Loving Me"

I'm late two weeks in a row...I know. I had every intention of posting yesterday, but my day got away from me. I would say that I'm sorry except for the fact that we were having a lovely time with Sarah, so I'm not really sorry that I didn't have a chance to post! ♥ Going to The Chocolate Bar is a tradition when our British friends visit {or any friends, really!} 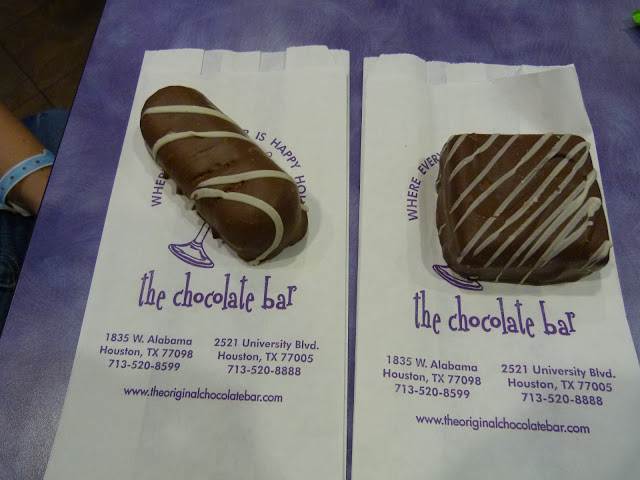 So we took Sarah to the one in Rice Village, because she wanted to do a little shopping at Urban Outfitters. We also went to what I will probably always refer to as the Transco Tower [even though it was renamed years ago] & water wall while we were in Houston. 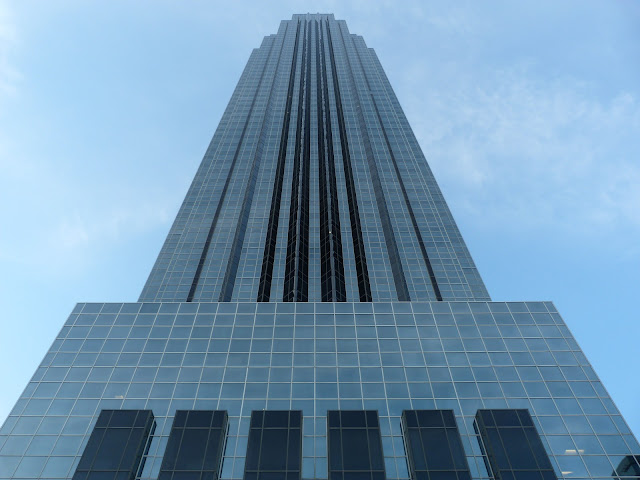 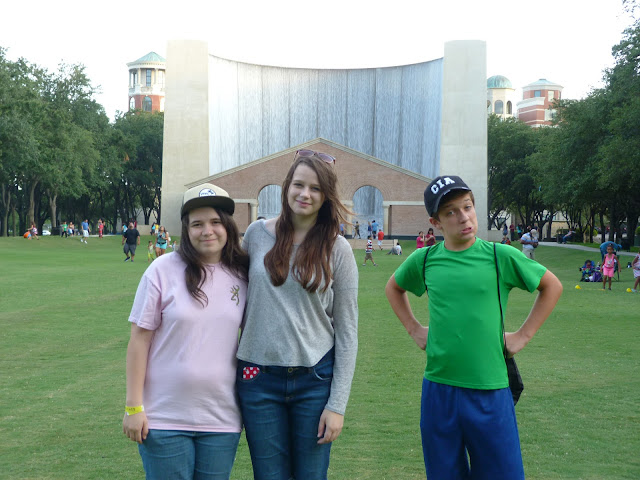 And apparently I'm a failure as a mom, because Cody informed me that he had never been there until last night! {Oops!} Sarah took loads of great pictures, and it was hard to pick just a few of them for y'all. If you'd like to see more, let me know... 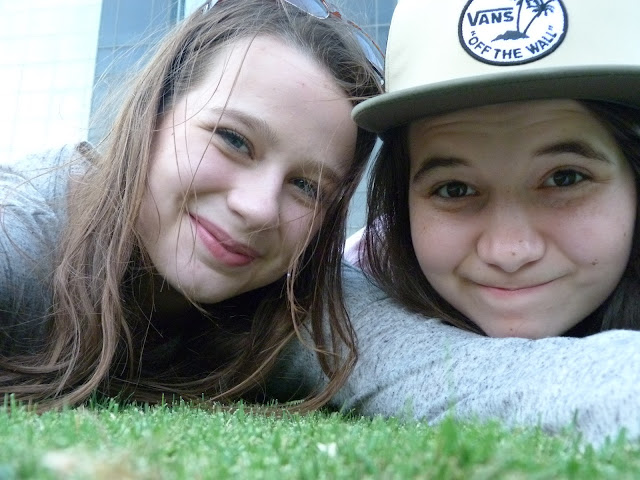 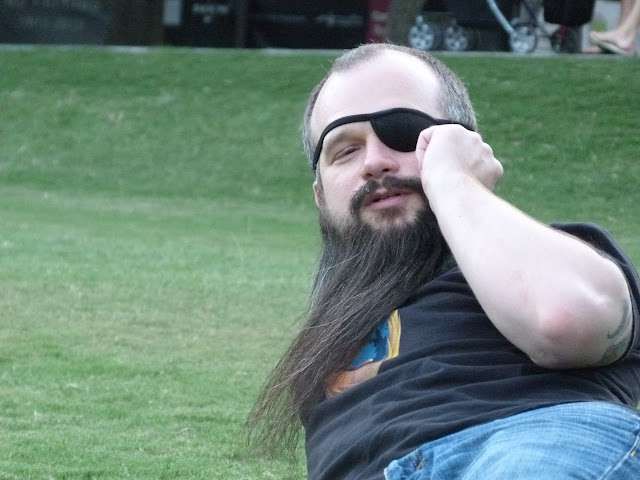 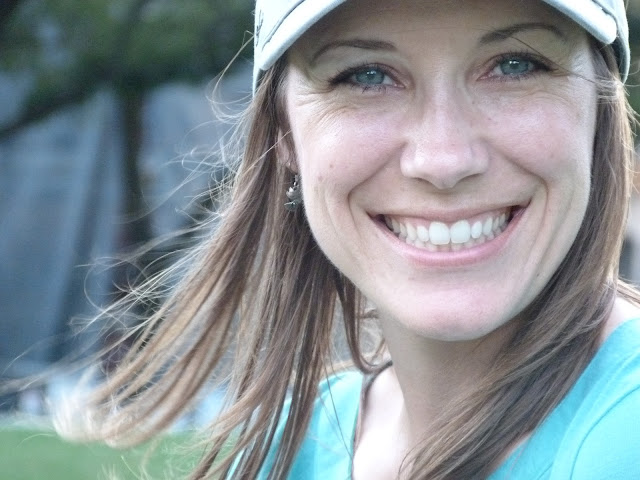 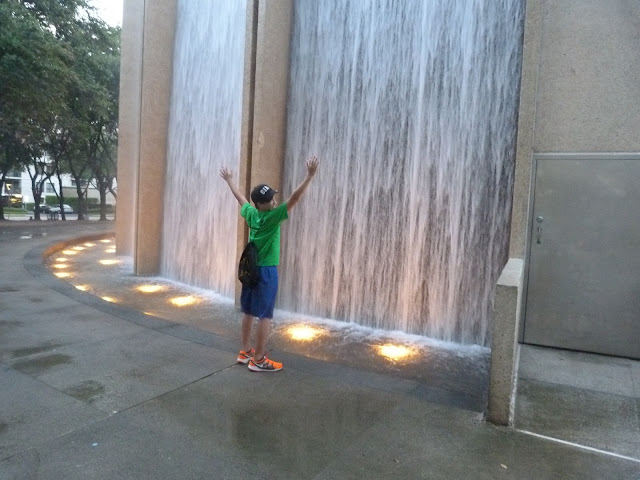 As for the rest of my week...it was my birthday week, so of course it was super!! I've had birthday dessert every day for the past eight days! Because I know you really don't want to see that many pictures of me with dessert, I've combined a few. I got the Brownie Blast at a BBQ place on Sunday, and I got the new apple turnover when my aunt was in town on Monday (at my dad & his sibling's favorite place to eat when they're in town)... 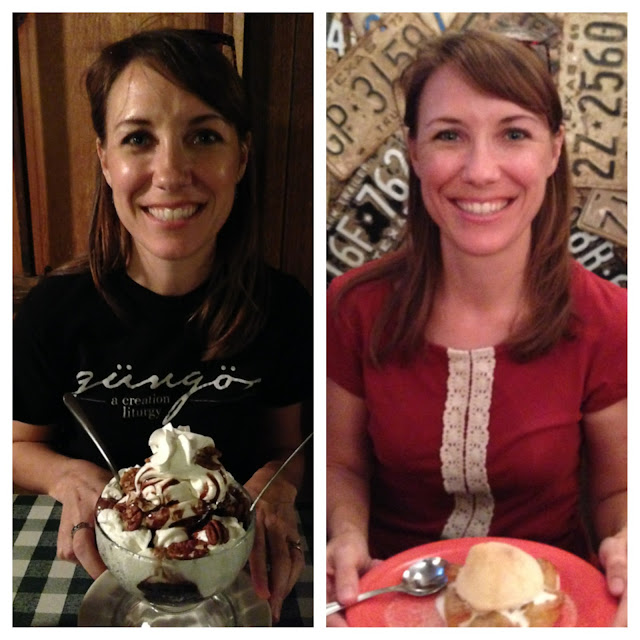 Tuesday night was dinner with my birthday girls, and we shared the Brownie Surprise & Apple Walnut Cobbler. We tried to get a picture with both desserts, but we had a few technical difficulties... 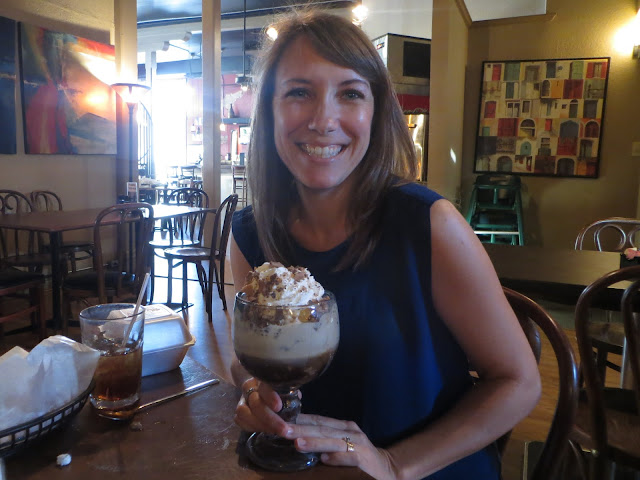 Chris had some cupcakes waiting for us after Bowl Games on Wednesday night {I haven't forgotten to tell y'all about the first one. As usual, I haven't gotten pictures yet! This one was another Water Olympics, hence the wet hair...} And Chris insisted that I eat a piece of chocolate cake at Jason's Deli today... I didn't get a picture of the delicious dessert we had at Pat & Marlene's on Thursday or the cake balls on Friday, but we got one of my yummy ice cream at The Chocolate Bar on Saturday! 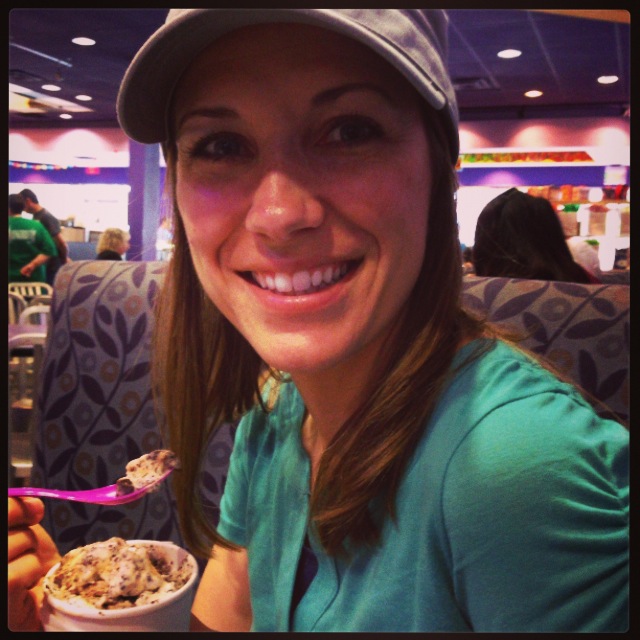 Other than birthday stuff...VBS was this week, so it has been quite busy! I didn't help out this year (because I have a job & all), but the kids did & had a great time! While they were at VBS, I worked some & did a little shopping for a bridal shower next Sunday, some work stuff, and some furniture stuff! {more on the furniture stuff later...I promise!} We had lunch with Jana & the kids after VBS one day, and we ran errands before & after a visit to the chiropractor another day {while we were locked out of the house...} And I discovered that my co-worker's wife works for the man who was my pastor in middle school (who also happens to be the father of my all-time favorite baseball player)! Cool, huh?

Alrighty, I've rambled on long enough. I probably should've broken that down into a few separate blog posts, but then I'd have to find a song for the topics. And I don't seem to have the time for stuff like that these days. Speaking of songs, I'm not real sure how today's song ended up being listened to the most. We were listening to Jenny & Tyler a lot, but I thought one of the other songs would've been higher on the list. It's good stuff, though, so you should listen to the song when you get a chance!

Zion said…
I had somehow missed that post about your favorite baseball player and I went back and saw that his birthday is July 21. Those desserts look yummy. I want to go to the chocolate bar.
August 9, 2013 at 8:21 AM