"Turn it Up (Astros Version)"

[The song disappeared from Groovesharek, but it was a little strange anyways...]

Today is another sad day in Houston Astros history: Phil Garner was NOT picked to be their manager. :( He has always been my favorite baseball player, and I'm sure he always will be. {I know, not Biggio?! ~> he's my 2nd favorite!} I possess only one baseball card, and it's a Phil Garner 1987 Topps. 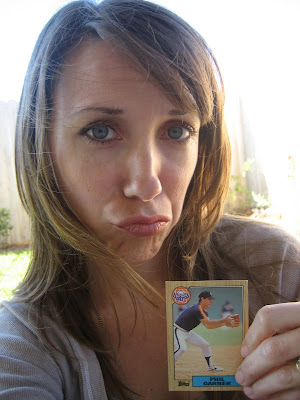 [for the record, that's a SAD face not a kissy one!]

It all goes back to a baseball player, a parade & a little girl on the sidelines, circa 1981. I was the little girl. Phil Garner, Houston Astros Third Baseman, was in the parade. AND HE WAVED AT ME. And I know it was me, because I was the only one with a foam finger waving wildly at him!! 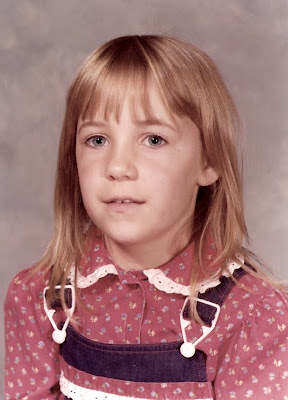 OK, so I couldn't find a childhood picture of myself in an Astros shirt (or with the aforementioned foam finger ~ sorry to disappoint!), but that one was taken in '81. In searching for a relevant picture, I came across this one of a boy from middle school: 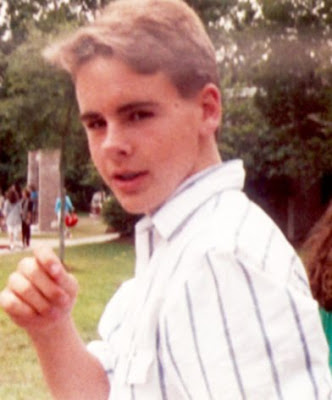 who just so happens to be Phil Garner's son Eric. He was a nice boy who lived next door to my good friend Will. He was exactly 10 days older than me, which I thought was pretty cool, for some reason. I always remember him on his birthday & wonder how he's doing. My friend Natalie's husband shares a birthday with Eric [& I think I even told him that once or twice ~ as if he cared!]

Anyways, "small world" connections aside, I really think they should've picked Phil for the job. I mean, seriously: no other manager has ever taken the Astros to the World Series! I don't know anything about the guy they hired, but I hope he's good! We need some help from somewhere!! Alright, enough lamenting! If this is any consolation, Phil, I totally would have picked you!
Email Post
Labels: Randomness