First, I'd like to thank everyone who has prayed for Julie &/or me after reading my last post. That evening didn't go as well as the week before. The lady who came with Julie was more argumentative than the previous lady. She has only been here one other time, which is why I feel like she was so defensive. For those of you who know me, you know that I'm not an aggressive person. In fact, I could stand to be more assertive (& I'm working on that). Unfortunately, this lady doesn't know me as well as the other ladies and certainly doesn't know my heart. She probably felt like I was attacking her and was not receptive to the truth at all. Any continued prayers would be appreciated! Also, in case you wondered & didn't see my answer to Messy Mom's question in the comments, I have been using the Interlinear Bible (pictured in the post) that I borrowed from a friend who used to teach World Religions. She referred me to the following sights: 4Truth.net and Christian Apologetics & Research Ministry (CARM). There have been a few other websites that I've read bits & pieces of, but those two are the main ones that have been very helpful to me.

My week has mainly consisted of work & hanging out with my sweet boy. He had a fever virus for most of the week, so he only went to school on Friday. He felt completely fine, but his temperature would spike every night. He was bored out of his mind, so we had a Survivor marathon. We recorded last season but had only watched a few episodes, so we watched the rest of the season during one of the days that I didn't work.

I'm officially halfway through with my 5K training! I'm not looking forward to this week at all, though. Up until now, the C25K program has had me doing walking/jogging intervals. The most that I've had to run in one stretch is 5 minutes. But by the end of the week, I have to run a straight 20 minutes or two miles with no walking intervals. As I mentioned when I first told y'all about the 5K, I haven't done this in over 20 years. So this should be interesting. {Brooke, do you have a good app for tracking distance?}

In other news...I got three pairs of dress pants for a total of $13 while shopping with my baby girl today! One of them still had the tags on & was originally $60. How 'bout that?! And it gets better...none of them require ironing! Score!

Posts with pictures are way more fun, but there hasn't been much picture-worthy stuff going on this week. I took all of two pictures: a bit of the trail ride that I happened to see while running one day... 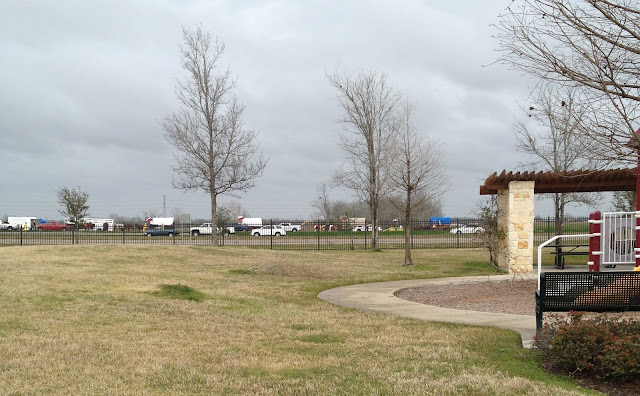 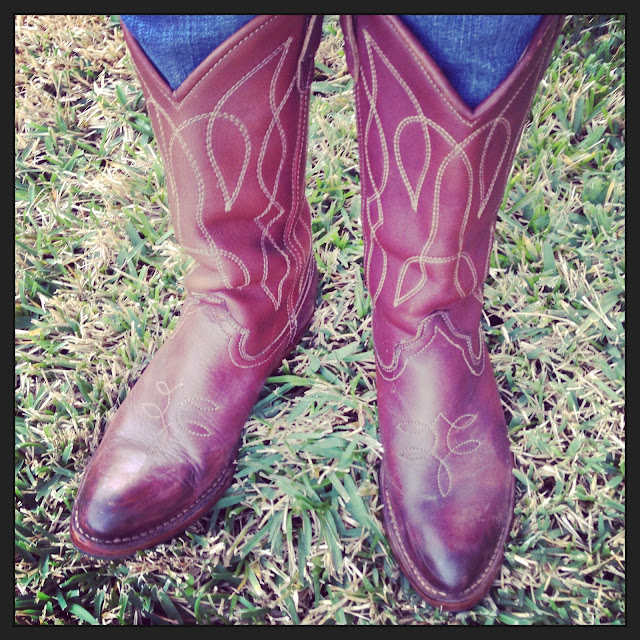 Can you tell it's Rodeo time?

And lastly, I'd like to thank Marcie for introducing me to Ellie Holcomb. I don't know where I've been, but I hadn't heard her stuff. I've heard of her husband's band (Drew Holcomb and the Neighbors) & have some of their music. She even sings alongside him in the band, but somehow I hadn't heard of her solo stuff. And now I am in love. I hope you like today's song (though it's actually from Psalm 103, not 108 as the title states). If so, be sure to check out her other stuff! Also, Drew Holcomb and the Neighbors will be the special guests on NEEDTOBREATHE's "Drive All Night Tour", and their new album came out on Tuesday. Totally worth checking out!

Alrighty, I better finish up the laundry & get to bed! I hope y'all are having a wonderful weekend!! ♥

Zion said…
Thank you for those sources. I will continue to pray. I am non confrontational too, so I can completely identify with what you are saying.
February 25, 2013 at 9:08 AM

RR Mama said…
I have heard Hawk Nelson's song Words several times over the past few days and it always makes me think of you. I smiled at your picture of the trail ride. It's one of the things I miss about living in Houston. Glad baby boy is feeling better and you got to spend some time with your daughter too. And finally....love you boots!
February 25, 2013 at 9:29 AM

Brooke said…
i've had a GPS watch longer than a smart phone, so no app recommendations from experience. i have heard good things about the map my run app as well as runkeeper.

i PROMISE the 20 minute run isn't as terrifying as it seems. at this point in the game running is far more mental then physical. i had the same anxiety over it and was pleasently surprised afterward.