I'm still in a bit of transition when it comes to my tunes, so I really don't know what I've listened to the most. There are several good versions of today's song, but I haven't posted any Jesus Culture stuff in awhile. And since it's a Bethel Music song, I figured this was the best one to post! Once again, I don't really have a favorite part of the song because I love the whole thing! If you don't know the song, you should listen to it. Repeatedly. ;)

First of all...my brother got a date!! He'll be released on Monday, the 26th! He won't be out by Thanksgiving, but he will be out by my dad's birthday {on the 28th}!! It'll be so great for him to start the next chapter of his life.

One of our former students (from our youth ministry days in Dallas) came to town on Thursday!! Kristin is one of my favorite girls! {Y'all may remember her dad (our hero) & when my babies were in her wedding!} I spent the evening with her at The Chocolate Bar! :) It was soooo good to see her! :)

Last night, our family had dinner at the home of an older couple from church. Before we ate, we sang a song together! {ü} After dinner, we enjoyed our dessert with Turkish tea (which they fell in love with during their time as missionaries in Turkey), played Spoons, had a brief time of prayer, and sang another hymn! Funny little story to show a bit of my boy's humor...we were discussing names, and Norm said that the reason he knew he had a middle name was because he was in trouble so much as a child, and his mom would use his full name. We went on to talk about nicknames & stuff. A little while later, he asked what Cody's middle name was. To which Cody responded, "I don't know." We all looked at him with confusion, and he looked at us with the cutest smirk. Y'all may have already figured it out, but I'm a little slower. He responded that way because he's never in trouble, so he doesn't know his middle name! ;)

This is such a full {& fun} weekend! We had dinner with the elders & their wives tonight. It was nice to get to know a couple of the ladies who I hadn't spent much time with before. Tomorrow we're having lunch with my dad & his girlfriend {!} after church! Today, Laura & I went in to Houston for a little visit to the Texas Junk Co. I plan to tell y'all more about our day when I have a chance {or I'll reference Laura's post if she beats me to it!} but I had to show y'all the boots that I found! 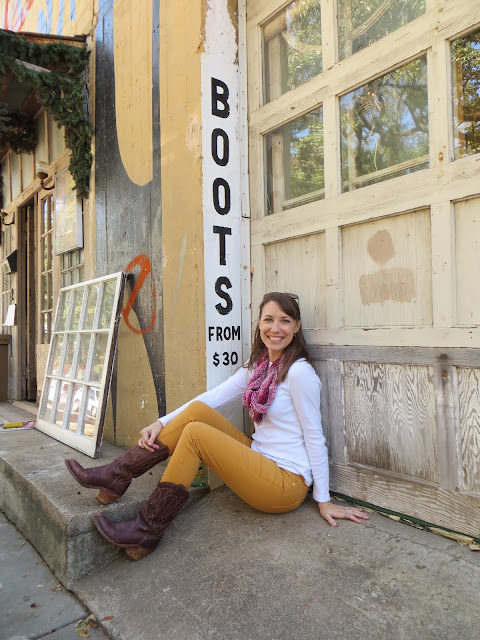 Last week, I mentioned that I had deleted some pictures from my computer. While sorting through pictures to see what I've printed and what I can get from Picasa & Facebook, I came across a picture from Venture that made me laugh. I didn't post it back then; but in light of my new work situation, I thought I'd share it with y'all now. These are the two guys that I work for! :) 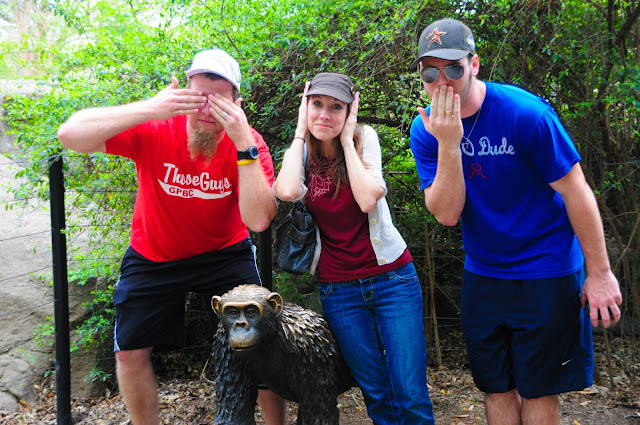 Alrighty, I'm off to bed! I hope y'all are having a wonderful weekend! ♥

Amanda said…
How funny, when I read your brother got a date, I thought "a DATE, as in girl, etc etc." I then thought to myself I must have missed a post about his release, then I got it as I kept reading. It made me laugh though that later you mentioned your dad and his girlfriend! I knew I didn't mess that one up!!

I want to sing hymns and drink turkish tea with you guys!

Hope everything is well with you guys and that you have a WONDERFUL THANKSGIVING!!!
November 20, 2012 at 1:44 AM