"On the Dark Side"

I've been in the mood for 80's music lately, and today's song is one of my all-time favorites. I'm sure I wasn't old enough to watch Eddie and the Cruisers when it came out on HBO, but I probably watched it about a thousand times. I was absolutely in love with Michael Paré. When I played "house" with my friend Carrie, Michael Paré was always my husband. Sigh. Anyways, I'm still on an 80's kick, so you may see more awesome songs on here later. I was at an all-day crop last Saturday, and all we listened to was 80's music! ♥ For the first half of the day, we were listening to some kind of 80's mix, then we listened to a lot of Journey, Foreigner and Chicago {for the record: Chicago 17 is the best album ever, hands down.} It was super great!

I haven't had too much blog-worthy stuff going on lately, as evidenced by my lack of posts. I had lunch with my friend Sam and her precious son (who calls me Annie! ♥), went on a couple of bike rides, picked up a few more things for goingLOCAL (which is coming up in just a few days!), went to MOPS and I got my nails done. Exciting stuff, huh? I have a feeling it's the calm before the storm, though. With the tornadoes this week, it looks like I'll be working some. So between work & goingLOCAL you may not hear much from me for a little bit.

One exciting thing this week was the end of TAKS!! The kids & I celebrated at BerriBlends: 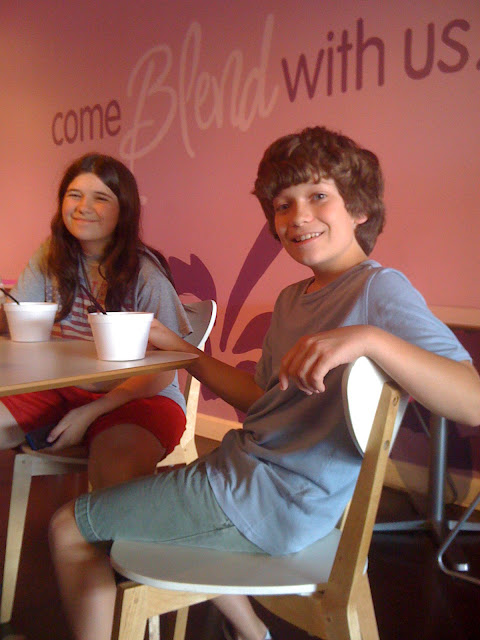 On a completely random note, I discovered New-Skin® liquid bandage this week! And can I just say that it's a bottle of pure awesomeness?! I sliced my finger while making dinner the other night, but I had a nail appointment the very next day. I know there are more important things in life than getting my nails done, but I had broken one {while changing bike gears the other day? idk...} and it was past time for a refill. Anyways, I couldn't leave the regular bandage on, but I couldn't leave my cut exposed either. So I decided to try New-Skin®, and I'm totally impressed! It survived the nail salon and a crop night! Yay for discovering a new product! 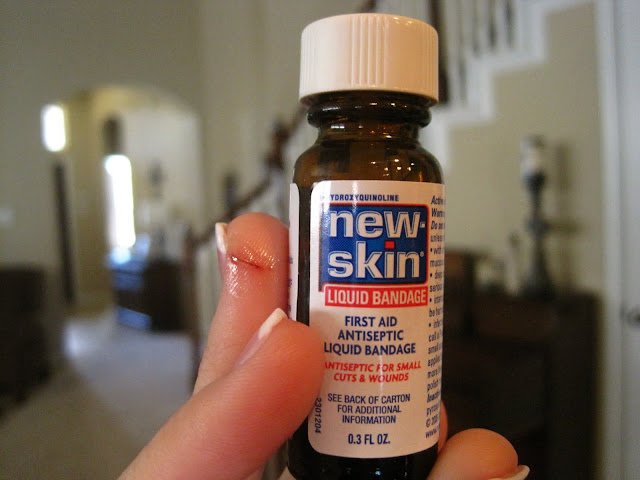 Since I completely skipped my Scrobbled Saturday post last weekend (& I only talked about the Ladies Retreat & FM Static for the couple of weeks before that), there are a couple of things I've failed to mention lately. So I'll just take this time to play a little game of catch-up...

We finally had another Empanada Night with our friends Dan & Amanda! We discovered this empanada place about 5 or 6 years ago, & it became "our place". {We've never taken anybody else there, but they cheated on us & took some out-of-town family. I'm not bitter or anything!} Anyways, I forgot to ask if they would mind me posting a picture of their baby boy, but I know they won't mind me posting this cute pic of Cody & one of their dogs (Charlie Brown) asleep on the floor: 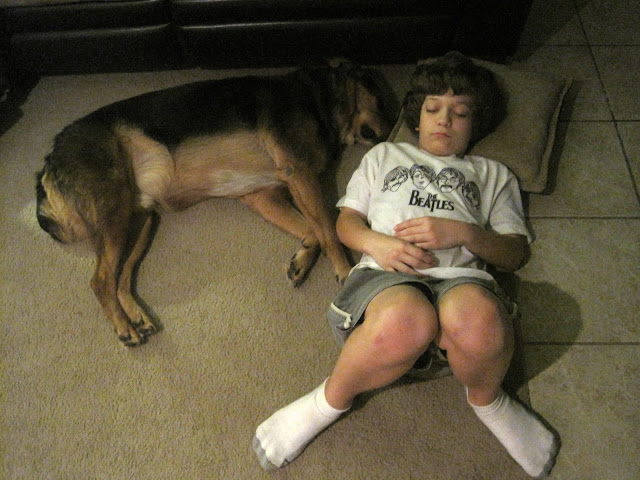 At baby girl's school, they have fun dress-up days every once in awhile. One day, the teachers & staff dressed like students & vice-versa. Elly decided to go as her vice principal, so he let her borrow one of his Aggie shirts. And out of all 400+ students at her school, he dressed up as my baby girl! 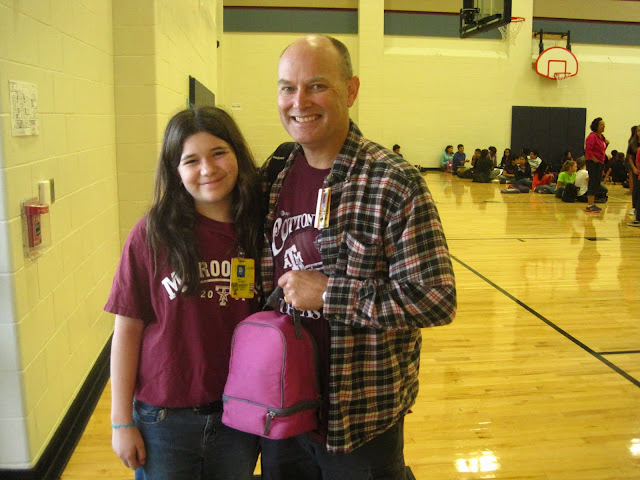 {You can't really tell that he's dressed like her ~ but she wears a plaid shirt a lot, and he's carrying her backpack & lunch box}

Then another day, they got to dress up as whatever they wanted, and she chose him again! 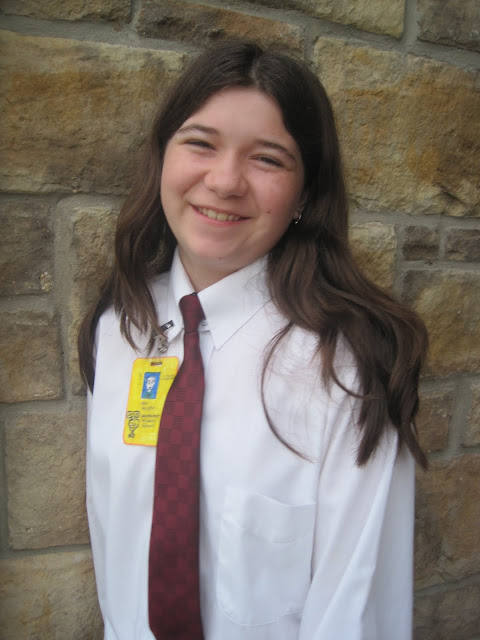 {How cute is she with her little fake ID badge?!}

Well, that's all I can think of for now...I hope y'all have a super great weekend!

Amanda said…
I would never mind you posting pics of my love, or my puppy!!!

AND I really thought you forgave me for the one time we stepped out on you and Butch?~?~?~?~?~?~? It was at least my immediate family and not some other couple!!!!