I know I still make mistakes, but
You have new mercies for me everyday
Your love never fails

Chorus:
You stay the same through the ages
Your love never changes
There maybe pain in the night, but joy comes in the morning
And when the oceans rage
I don't have to be afraid
Because I know that You love me
Your love never fails

The wind is strong and the water's deep, but
I'm not alone in these open seas
'Cause Your love never fails

You make all things work together for my good..."

I thought about posting my year in status updates or something, but that wouldn't really flow with my "Through the Years" series (which is where this post will end up). Another year comes to a close, and I'm glad to say 2009 has been a good one overall. Through everything that has happened this year & last, I have truly seen God's faithfulness & can confidently say that His love never fails.

In January, our sweet boy turned eight! He is doing very well in school & has been moved to the GT cluster class. He was asked to join the Science Club & participated in a district-wide Science Olympiad. He continues to be such a sweet boy. He is very thoughtful and kind. He is constantly saying sweet things that touch his mama's heart. The other day, he was sitting there doing nothing & I asked what he was thinking about. He smiled & said, "You". I don't think he really was thinking about me when I asked, but it was a sweet thing to say! Another thing he did recently that really touched my heart was on our Christmas trip. We were visiting a dear friend Pete, who (due to stupid cancer) had been given only a few days to live. It happened to be Pete's birthday, & people had pinned money to his shirt. Cody gave Pete his Christmas money (plus a quarter that was also in his pocket!) & told me later that if he had all his money with him, he would've given that to Mr Pete, too. He makes me so proud to be his mom! 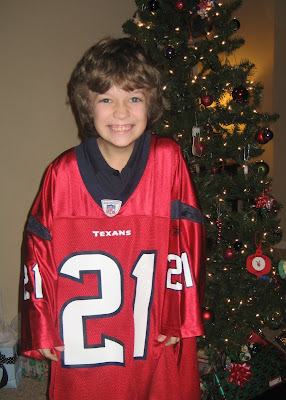 The Spring & Summer were filled with the kids' soccer games, Chris playing bass with various worship leaders, a couple of friends' weddings, our usual trips to Weimar & the lake, & as much scrapbooking as I could fit in! We also had our annual visits from Naomi & Elizabeth, my beautiful cousin Kendra, & a bonus visit from the Rookes! 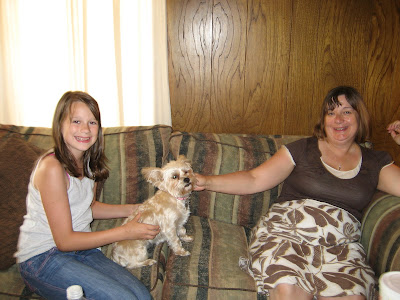 Chris & I celebrated our 13th wedding anniversary in July! We had a nice dinner out, & the kids surprised us with "dessert" (microwave s'mores) when we got home! They spelled out "I♥U" in chocolate chips & wrote us love notes, too. We love that they're old enough to do sweet things like that all on their own! 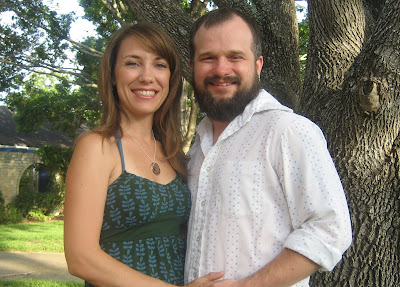 As most of you know, we bought a new house in August! The tax credit was too good to pass up, & we found this house a few weeks before it was finished being built. We didn't get to pick anything, but we love it as it is! It's like it was made just for us. It has three bedrooms, plus a study that we are using as a guest room. There's a bonus room upstairs where Chris is able to do all of his t-shirt printing. It is perfect for us, & we are so excited to be in our own place again! The kids are going to a new school, & it has been an easier transition than we thought it would be. 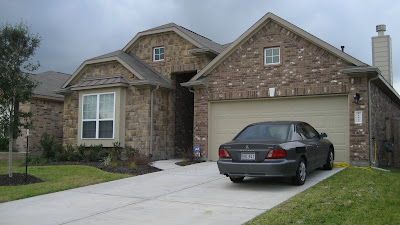 Our baby girl turned 11 in October. She has moved up to the PreTeen class at church & was able to go to camp at a college in Sherman during the summer. We're not sure we're ready for her to grow up, but she keeps dong it regardless! She still loves to draw, & actually won her school's 5th grade art contest sponsored by the high school drama department! We were so excited for her! She is such a sweetheart, too. Recently, I was dealing with an awful migraine & had finally been able to get some rest in the afternoon. While I was asleep, she sent me the best email ever. It said, "I hope you feel better! Do you have an idea on dinner? Do you want me to make left overs or something? If I knew how to make tea or coffee I would but, I don't." Is she the sweetest girl in the world, or what?! 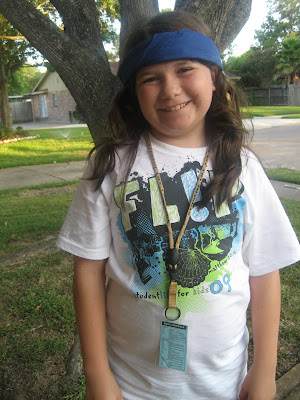 Chris is still working for the company that bought him & Freddy out. Their company was part of an awesome 3D building projection video. He moved to another office near Reliant Stadium & has become friends with Ryan Moats, a running back for the Houston Texans! He is now a fan, though he was never interested in the sport (any sport, actually) before! 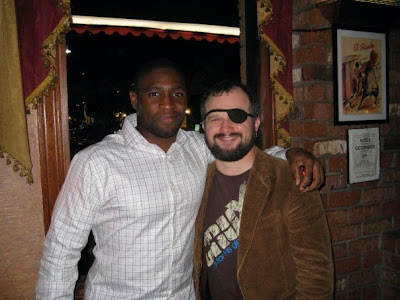 As for Christopher's health, this year has been better than the last one! His scans in May showed some fluid on his lungs. The fluid was extracted & the results came back fine (nothing metastatic). In July, his ocular oncologist gave us the good news that the tumor has shrunk a little (but not too much or too fast), which indicates that the radiation has killed off some of the cancer cells! The radiation damaged a blood vessel, though. He started seeing blood inside his eye in August. It is bleeding faster than his body can absorb the blood, blocking his vision & causing headaches as his eye strains to see through the blood. His acuity has gone from around 20/80 to worse than 20/400. A laser treatment did not help, & the other option would be a risky surgery that could nick the tumor. We don't want to spread any cancer cells that may still be active! It should clear up in another 6 months or so, & his vision should return to what it was. Until then, he is wearing the patch most of the time (in order to prevent headaches). In November, he had another round of scans that also came back fine! He will continue to have scans every 6 months for the next 4 years, or so. 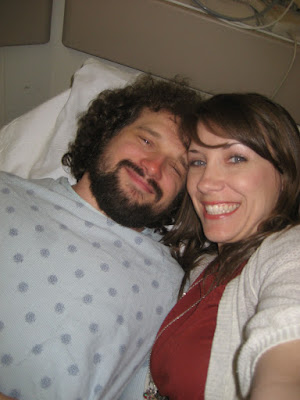 "I am overcome with joy because of Your unfailing love, for You have seen my troubles, and You care about the anguish of my soul." (Psalm 31:7, NLT)

"Through each day the LORD pours His unfailing love upon me, and through each night I sing His songs, praying to God who gives me life." (Psalm 42:8, NLT)

"Though the mountains be shaken and the hills be removed, yet My unfailing love for you will not be shaken nor My covenant of peace be removed," says the Lord, who has compassion on you." (Isaiah 54:10, NIV)
Email Post
Labels: family the love of God thoughts on cancer Through the Years

Zion said…
You do have the sweetest kids! This is a great post and I was going to comment on your Christmas card, who would have thought we would both have guys with eye patches (Chris and Zion), but they make them look good!
January 8, 2010 at 12:36 PM