Though I posted a live version of today's song a couple of months ago, Ross posted today's lyric video the other day. And the song is so good that I felt the need to post it again!

So, I failed to post all three things that I had intended to post in the past couple of weeks. But two out of three ain't bad! I actually finished up the third post and scheduled it for this week. Better late than never, right?

Things are actually beginning to slow down a little bit now, so maybe I'll get back into this whole blogging thing?? As for my last couple of weeks, here are the highlights...

Elly & I met up with some other girls for one of my eighth grader's school play! 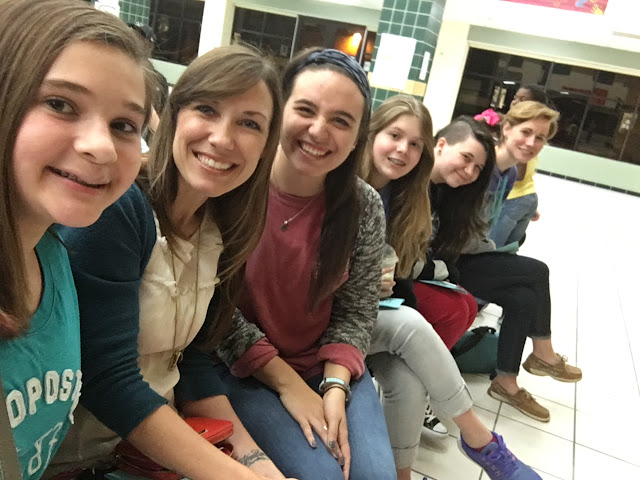 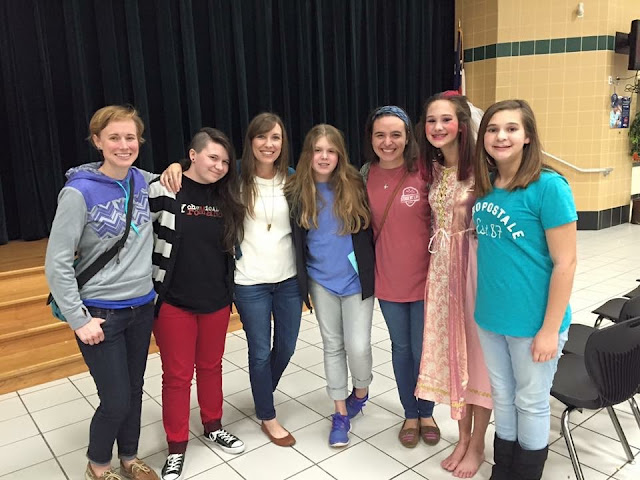 I got to meet up with Laura for coffee! Though I failed to get a picture, I do have a shot of the gif she sent me! :) 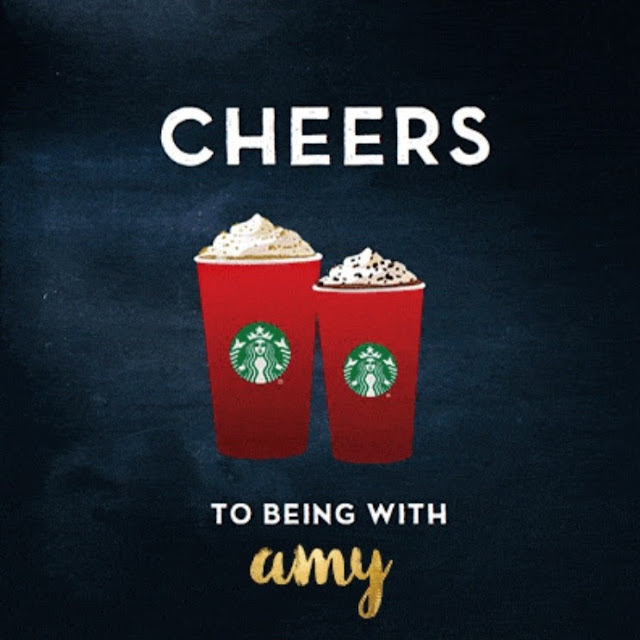 Madison and I went for brunch to celebrate her 18th birthday!! 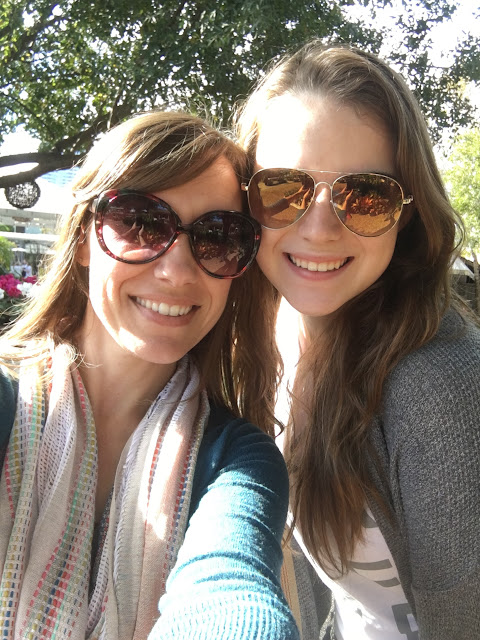 We had a little "food truck festival" in our neighborhood. Though there weren't really enough food trucks to legitimately call it a festival, I'm chalking it up to this being the first year and hoping for a bit more next year. Anyways, there was this super cute one that I thought y'all should see. If I were to have a food truck, I'd want a cute one like this! 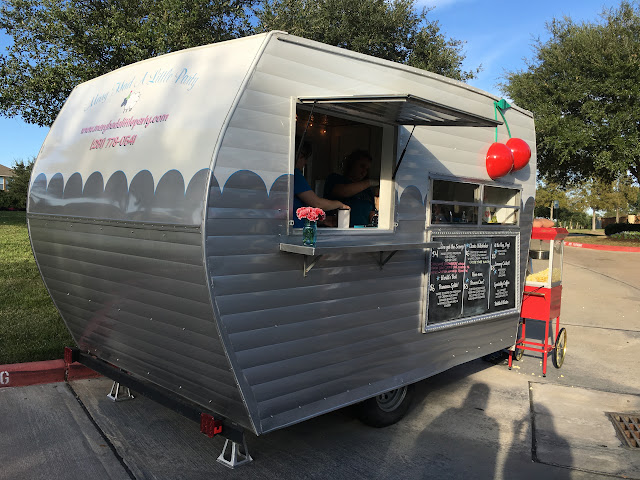 Funny story...Cody was sick one day last week {that's not the funny part!} and stayed home from school. I waited to check on him until after staff meeting and sent a text at 11:11 saying, "How are you feeling?" He texted back that he was fine, then he sent the following picture of a text exchange between him and his dad: 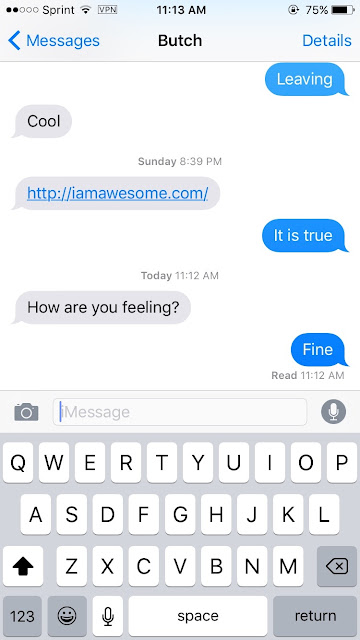 Note the time that his dad sent the exact same text that I sent! Crazy, huh?!

Though I know that y'all would rather eat yummy good than just see pictures, I have to brag on my friends who bring me yummy goodness at work! First of all, Krispy Kreme has returned to Houston, and Laurien brought me one!! 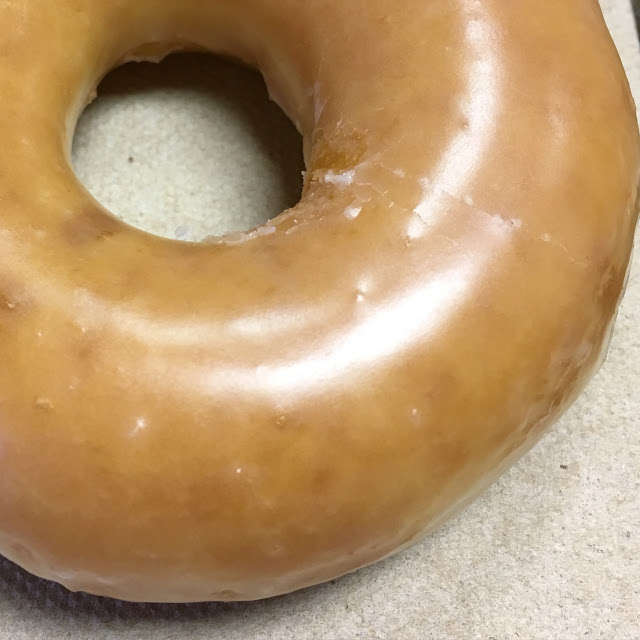 And Clyde & Nicole went on a lunch date to Ruggles Green, and Clyde returned with crème brûlée for me! 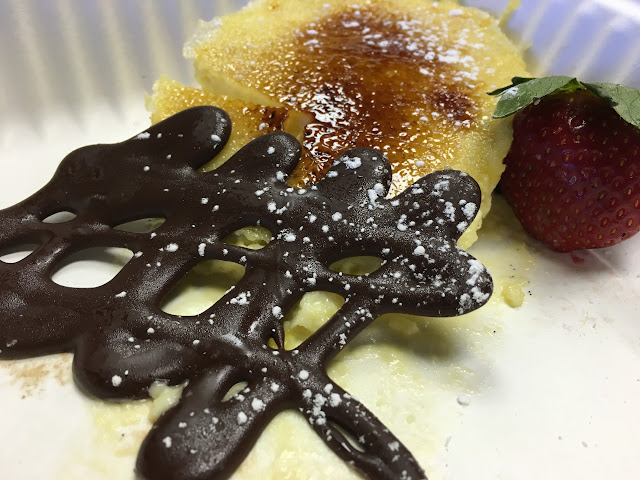 Speaking of Clyde and Nicole, Clyde was ordained last night! It was a great time of people affirming his call and his character. It has been a big year for him as he earned his Master of Divinity, went full-time at the church, and is now ordained as a minister! And his and Nicole's second baby will most likely arrive by the end of the year!! So exciting!

In other news...I had to have a little cyst removed from my scalp on Friday. It wasn't a huge big deal, and the incision was only 1.7 cm, but man, it hurt! I wanted to throw up and cry a few times over the course of a couple of days. I could hardly sleep for several nights. I couldn't wash my hair for two days, which was made worse by the fact that it had blood, gross ointment and stuff stuck in it! I didn't go to church on Sunday morning because of the pain and gross hair situation, but I turned a corner that afternoon and was able to wash and fix my hair in time for Clyde's ordination. I am happy to say that I'm feeling better now and am not counting down the minutes until I can take pain medication again, though I'm not 100% yet. It's basically impossible to stick a bandage to hair, so I'm holding the bandage in place with bobby pins. And I am sometimes able to hide the bandage, too. Anyways, I'm not sure why I decided to share it all with y'all, but there you go...

Speaking of incisions, my poor baby puppy was spayed today. She is currently sleeping and shaking a little bit. She has a rough few days ahead of her, and I feel so sad for her! 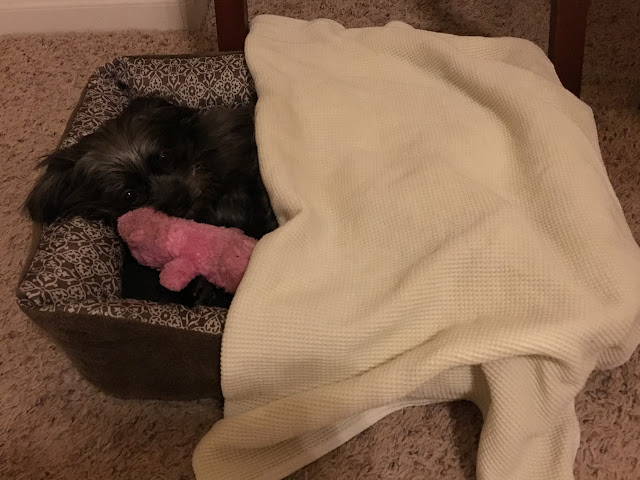 On a happier note, she was groomed for the first time on Friday and looks super cute! 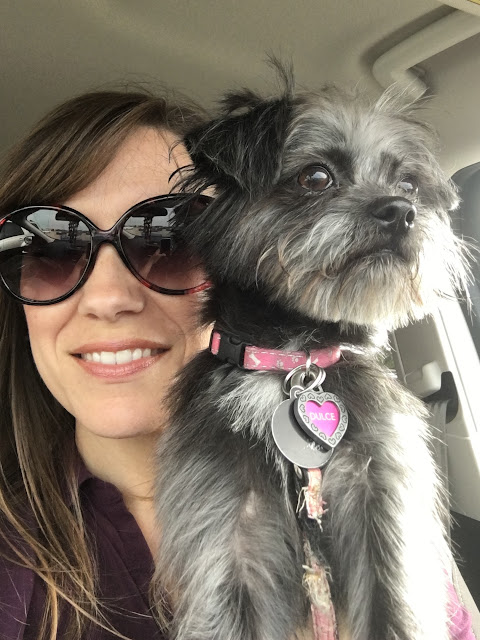 {& her hair is turning gray! Apparently this is what our dogs do...start out much darker than they end up!}

I hope y'all have a wonderful Thanksgiving week!! ♥

Brooke said…
krispy kreme has the BEST glazed donuts!!
hope your noggin has healed up in time for holiday photos.
Happy Thanksgiving!!
November 24, 2015 at 10:31 AM