I'll just go ahead and spoil the ending by saying that Cody's team didn't advance beyond Regionals, but he went! As a Freshman! And I'm pretty happy for him! {Side note: I went to Regionals as a Sophomore almost exactly 25 years ago...so crazy! I was in a much smaller district, though, so nowhere near the level of these runners...} Anyways, even though he and the team didn't do so great, I feel like this event deserves its own post.

The Regional meet was hosted by Sam Houston State University in Huntsville on a Monday after a weekend of storms across the entire state. And I live in a pretty big state, so that's a lot of rain! It was cool and super windy. The team stayed in or near their bus before the race, so I hung out in my car. Fortunately, SHSU did a great job with parking, and I managed to get a really great spot near the starting line!

I snapped a picture of the team on their way to the starting line... 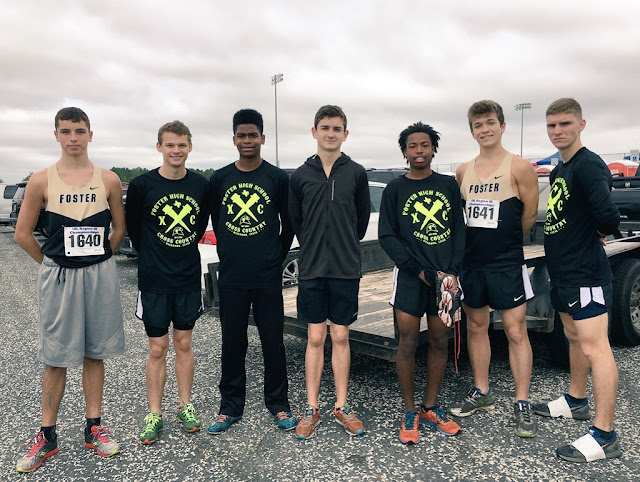 Then I watched the race with the high school principal and our school district's athletic director, 'cuz I'm kind of a big deal... 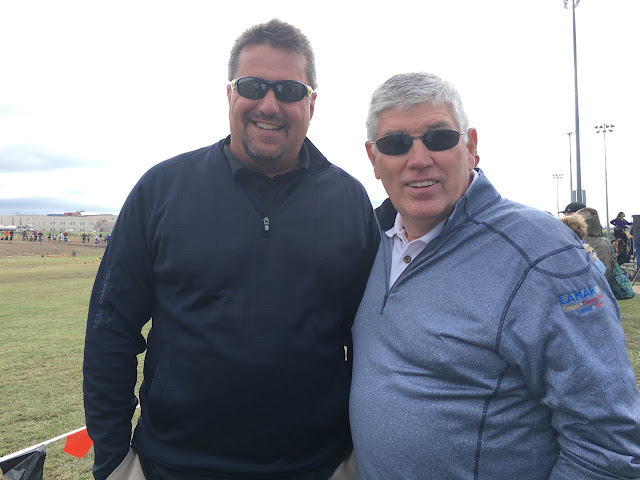 Just kidding! Mike (the AD) happens to be my friend. He's also an elder at our church. {& his wife is a godly role model and someone I hope to even partially resemble when I'm in her stage of life!} We usually touch base at meets, and I happened to see him when I walked up the the starting line. He asked if I had met Mr. K (who is new this year), and I hadn't. After the introductions, it just made more sense to hang out with them than to find some other place to stand.

Anyways, it was basically a mud run, though that wasn't the intention. The officials took carts around the course picking up shoes throughout each race. Some of the runners had so much mud kicked up in their face that they couldn't see. Needless to say, times were slower because of the crazy conditions. There was only one sub-18 finisher in 5A (our class) and five in 6A. That is highly unusual, but again, the conditions were unusual.

I took a few pictures of Cody after the race and didn't realize that Tyler had photobombed at first! 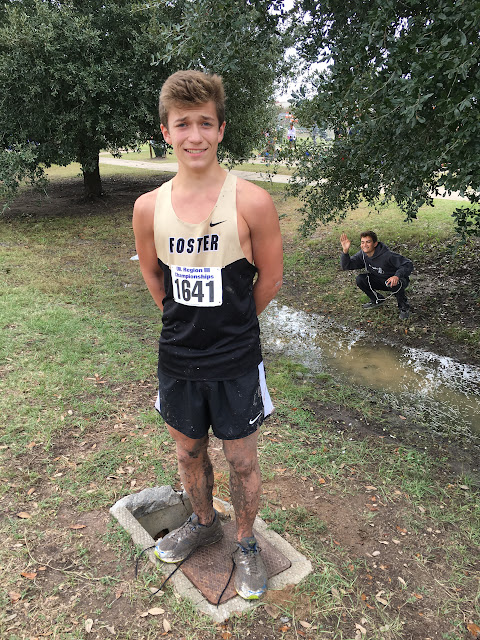 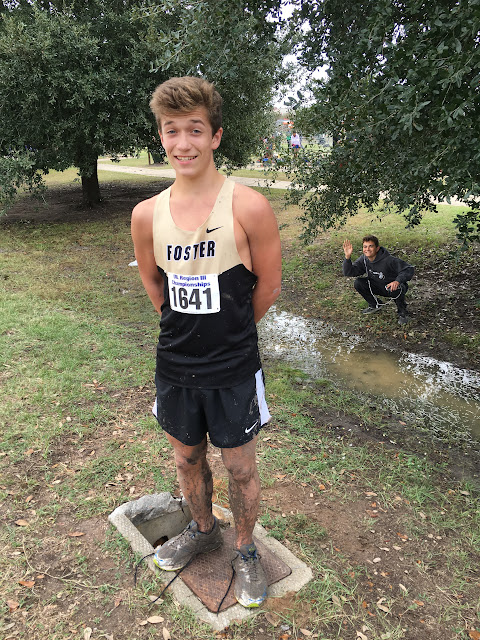 Then I had him join Cody so I could send a picture to his mom! :) 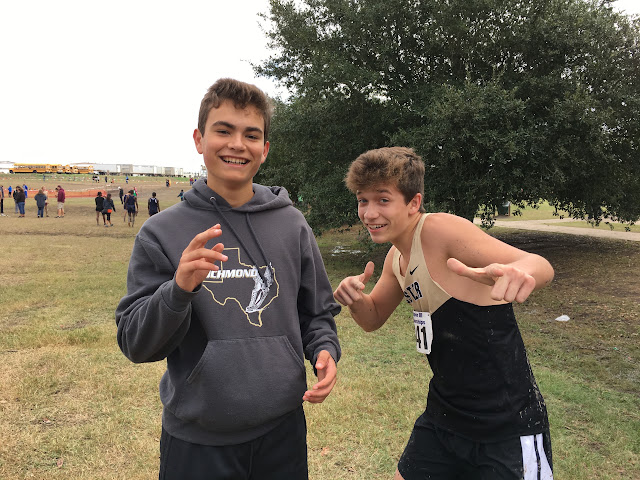 For funsies, here's a BEFORE picture that Coach K took... 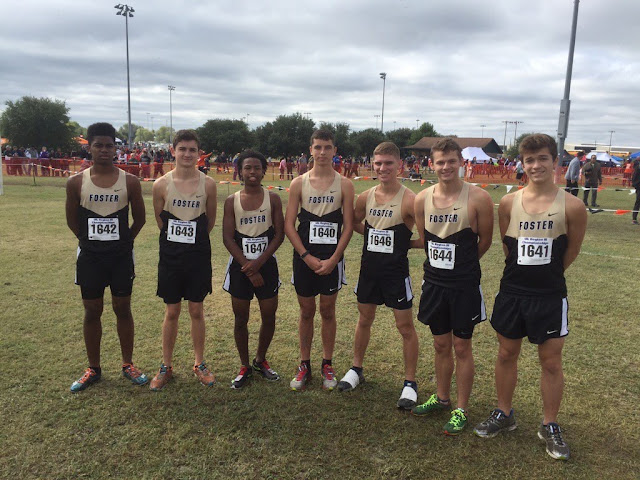 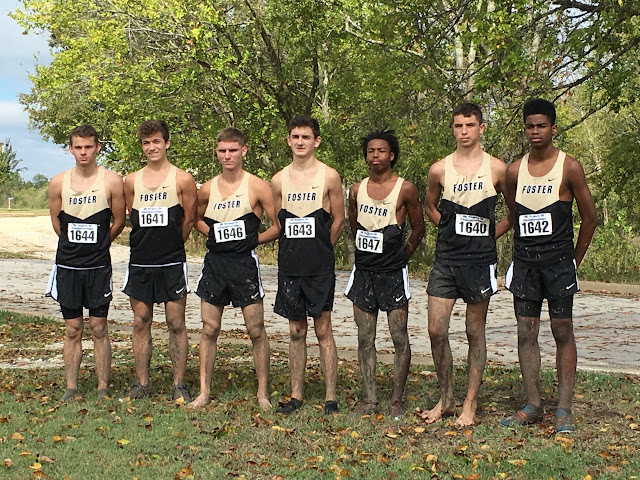 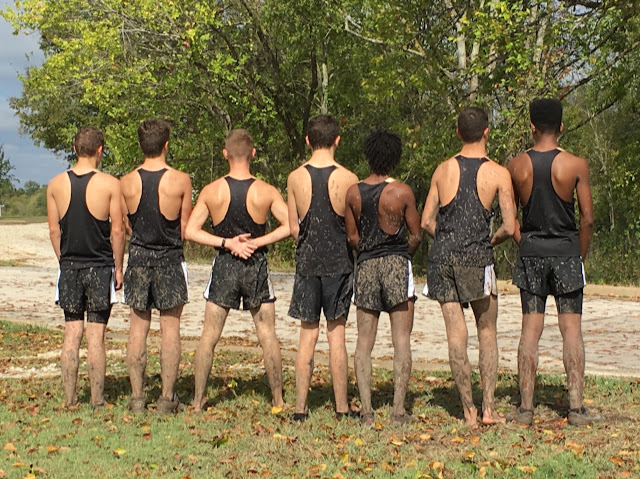 What a mess! But it'll be a day we always remember!