"A Nightmare on my Street"

This post is a couple of weeks overdue, but I finally have a chance to sit down and tell y'all about Rollerween! It's always a little hectic to pile into vans and drive to/from a bowling alley, skating rink, or all around town for scavenger hunts, so this year we stayed at the Warehouse for Somethingerween. We played games and had a costume contest, as always. We just didn't have to resist the temptation to speed through town!

As usual, the kids were super creative with their costumes! Below we have a Hawaiian ukulele player, Lilo (& Stitch),  Hester Prynne, Taco Belle, Katniss, twenty one pilots, and Russell from Up! 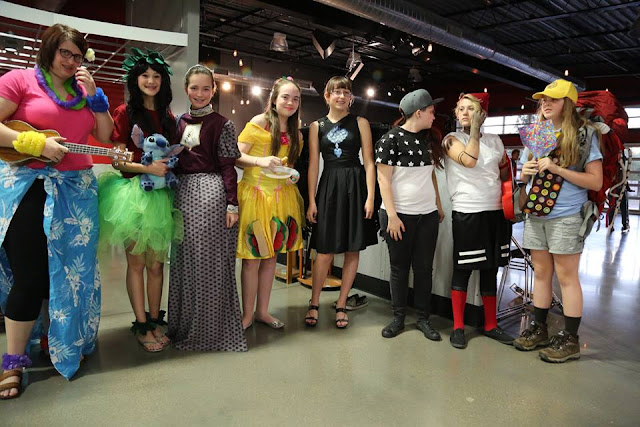 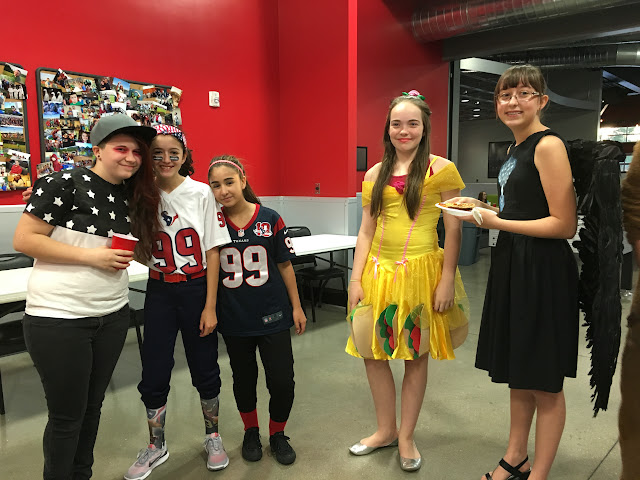 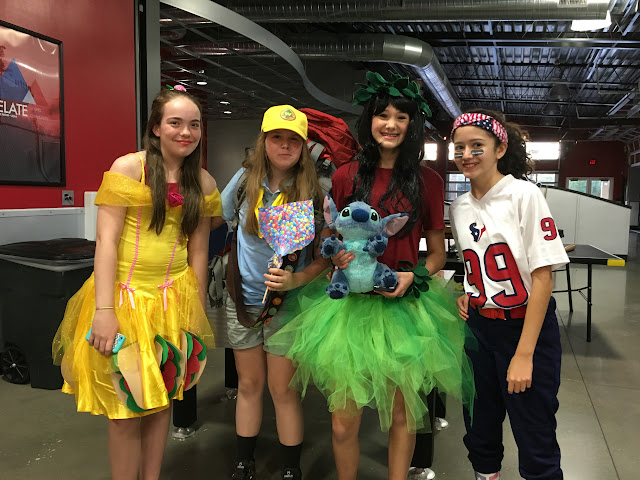 A few of us leaders tossed around a couple of team costume ideas, but in the end we weren't able to throw anything together. I made a paper doll costume out of poster board, though, and I think it turned out pretty cute! ü 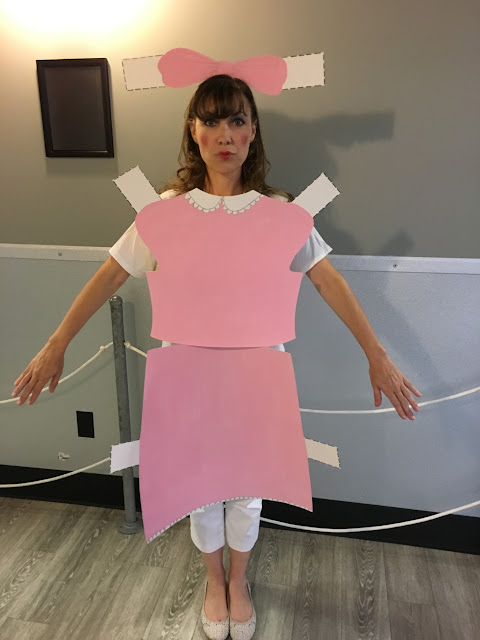 Cene' and Stephen came in their Saudi Gras attire... 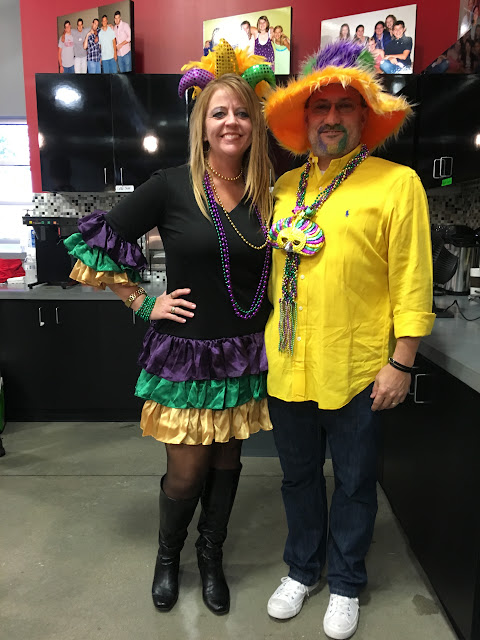 & Aaron and Kloe' were [obviously] Thing One and Thing Two! 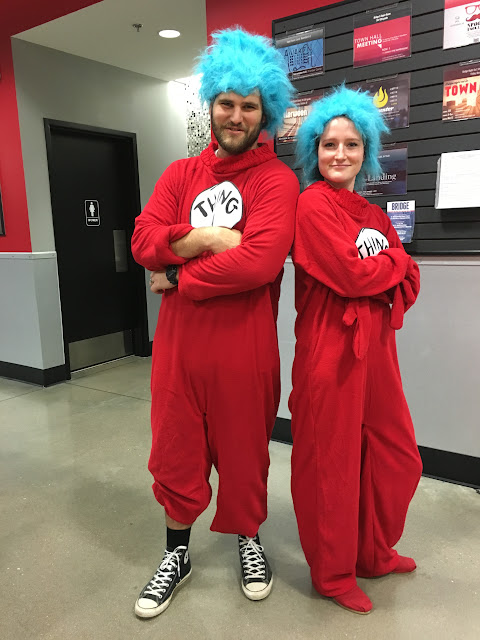 The kids formed teams for a scooter relay race through the parking lot and building... 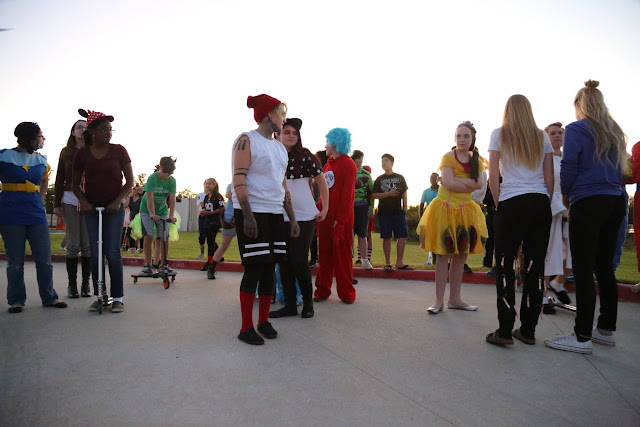 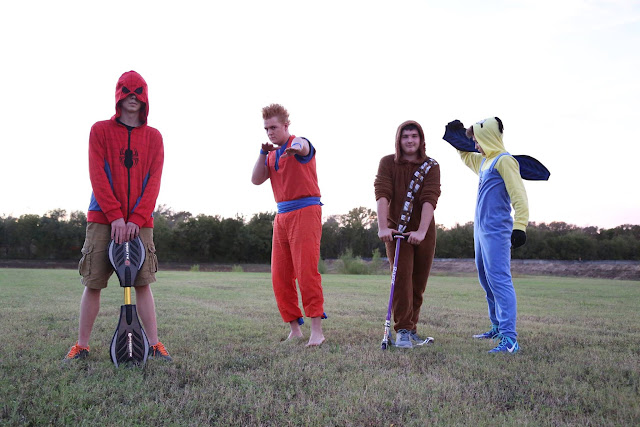 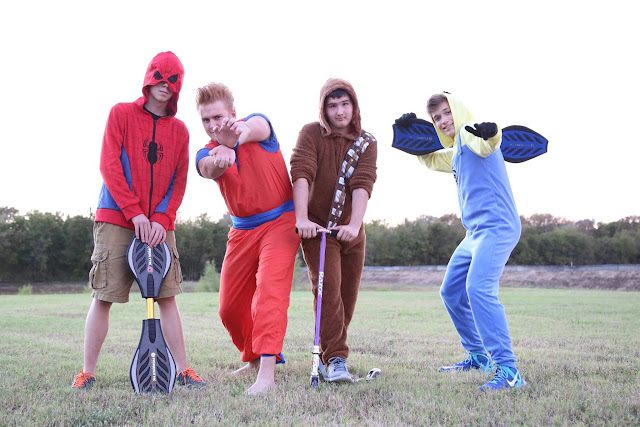 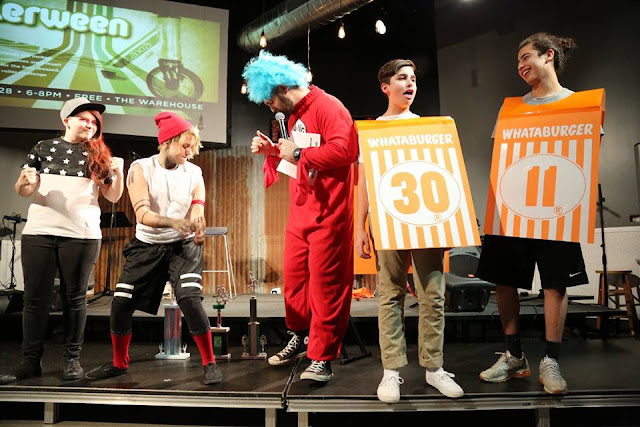 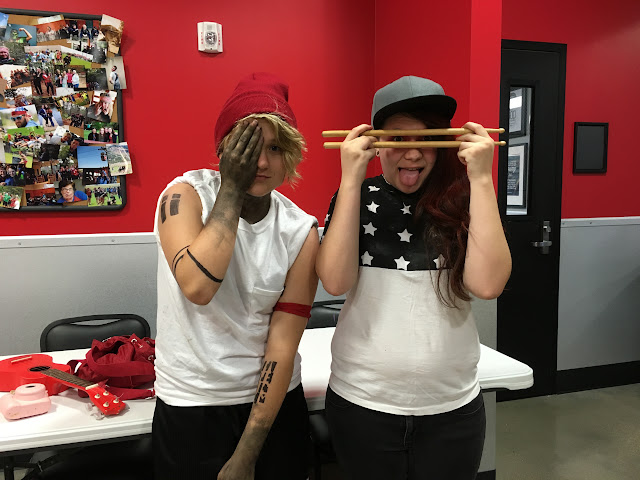 It was a super fun evening, and one that I look forward to each year!