Between Clyde singing this at work over the past month or so, it being sung during worship service, and hearing various recorded versions played in the sanctuary & sung by various people in the church hallways during Pine Cove Camp in the City, I'd have to say that this song is what I've listened to the most lately. And though I don't do Scrobbled Saturday posts anymore, this would definitely have qualified for one of those posts! As someone who has experienced "love so undeniable I can hardly speak, peace so unexplainable I can hardly think," I can attest to the goodness of my heavenly Father, and I really like this song! ♥

So...it's scan day...We received some paperwork when we checked in, and their question about how he would like to be addressed struck me as funny! 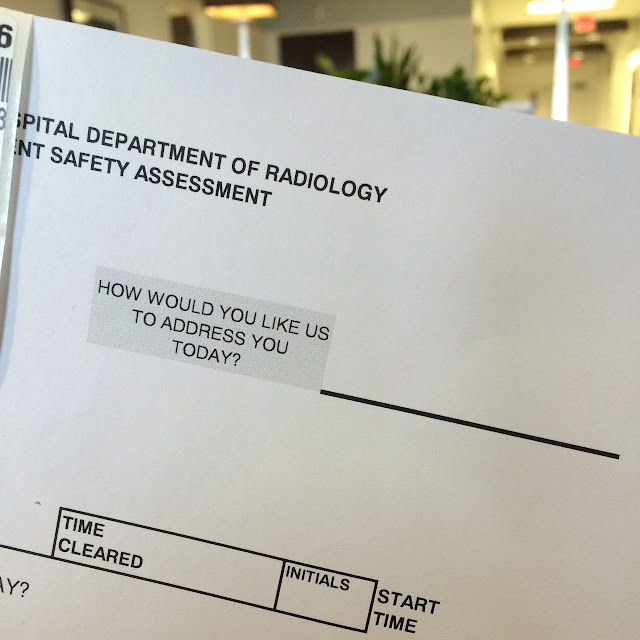 I asked for suggestions on social media, and my favorites were...

Marco
Your highness
Pirate Preacher
The Great and Powerful Oz

And my most favorite...
Mr. But Chewing {If you know us, you get this. Otherwise, this just seems odd! I promise it isn't as strange as it seems...}

Anyways, Christopher ingested his barium sulfate while I sipped my coffee... 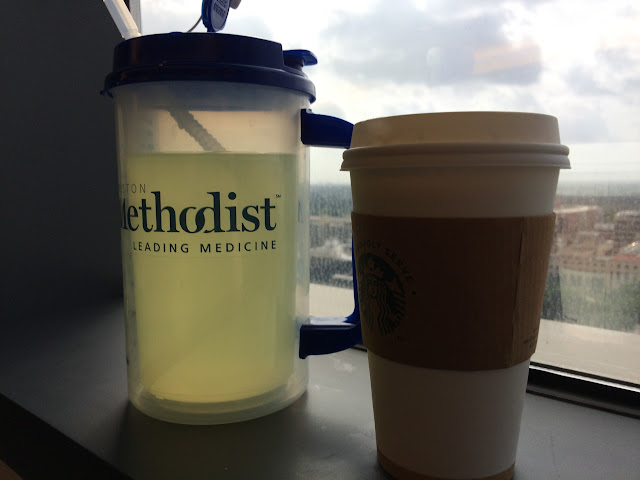 {Poor guy...I thought they had taken him back permanently, so I went for coffee. Turns out they let him go back to the waiting room, and he could smell my coffee. He hadn't eaten since last night...#WifeOfTheYear}

And now I'm hunkered down in the waiting room with my bag of snacks and boredom busters as Christopher is having his CT. 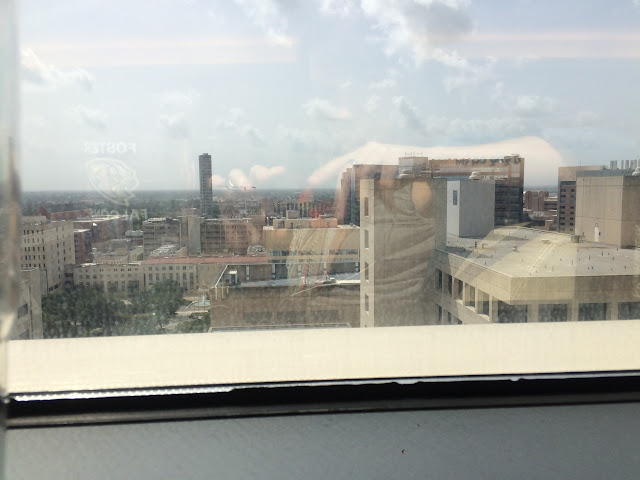 UPDATE (sorta): Since I didn't actually get this posted while we were at the hospital, it works out for me to go ahead and share the results...SCANS WERE CLEAR!!!!!!!!!!

In other happy news...

Neil's birthday was last Sunday, and someone made him a pie that he was so gracious to share! I'm pretty sure it's the most delicious pie I've ever had in all of my life!! Seriously. Chocolate, peanut butter, and banana. So good! 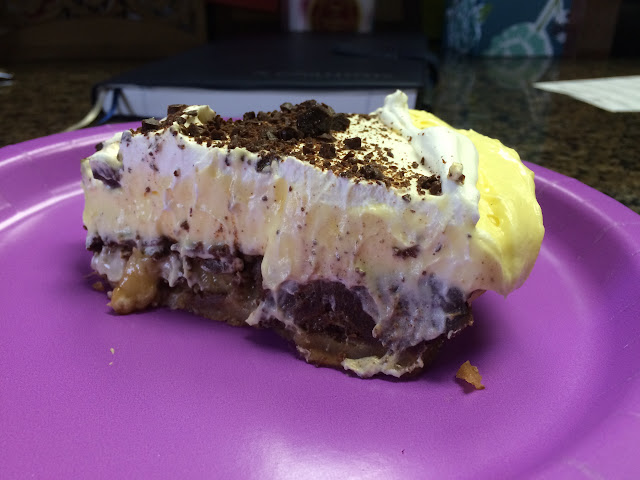 My cousin Kevin was in town last week! This is not Kendra's brother Kevin but the Kevin who lives in New Mexico. I don't remember if I've ever mentioned the fact that I have a cousin named Kevin on both sides of my family, but I thought I'd clarify! Anyways, he and his children, grandchildren, and nephew were here for a Garth Brooks concert on Saturday, and we met them, Dad, & P-Dub at the Astros game one night. There was a torrential downpour that evening, and it took over two hours to drive what would normally take 30 minutes. Talk about craziness! Though I failed to take a picture of my extended family, I did manage to take a selfie with my baby girl! :) 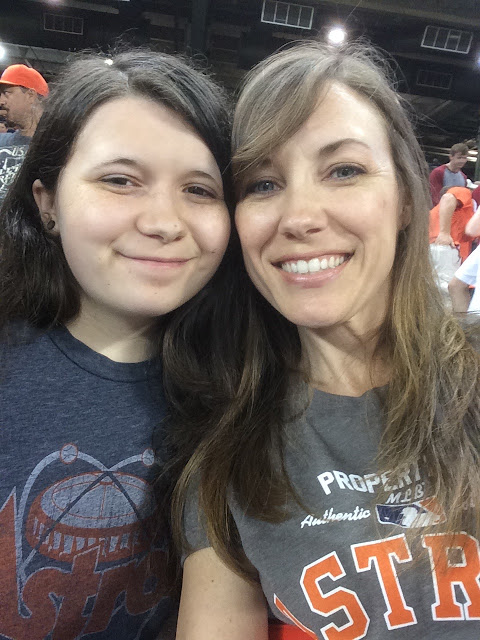 Side note for Natalie: I don't remember if you ever talked to Tracy in San Antonio about CIs, but my cousin's nephew who was here is one of her two children who has them. {& there's something my aunt thought I should mention to you, so I will try to remember to shoot you an email!} Anyways, we also met Kevin's family, Dad & P-Dub, Aunt Linda, & Kerry's family for dinner on Friday night, but again, I failed to get a picture.

Cody was a student leader at 5th & 6th grade camp last week. Can you tell what color his team was? 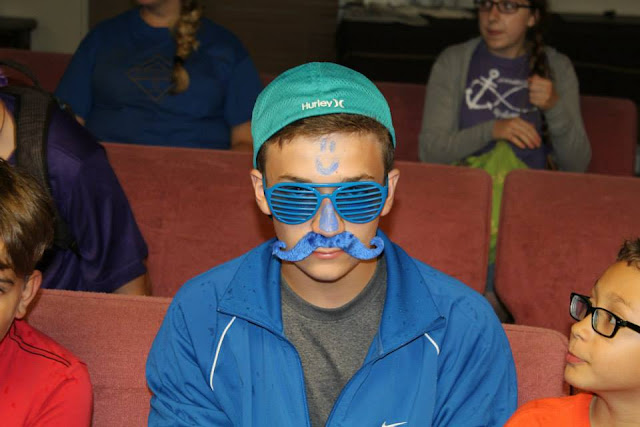 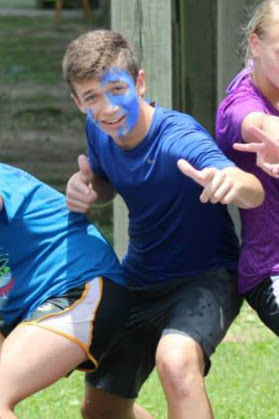 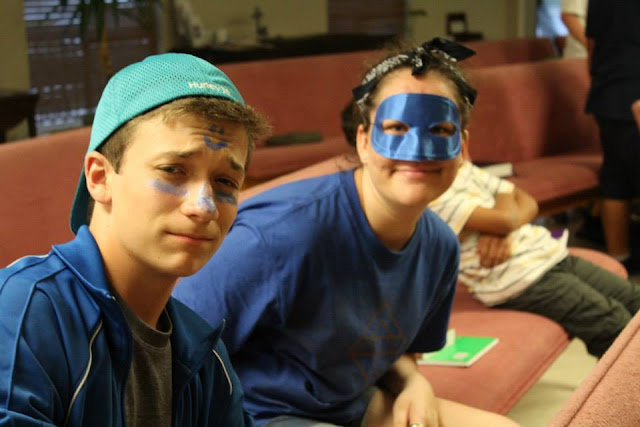 I made pancakes on the morning of the Fourth of July, and we each decorated our own [mostly] patriotically... 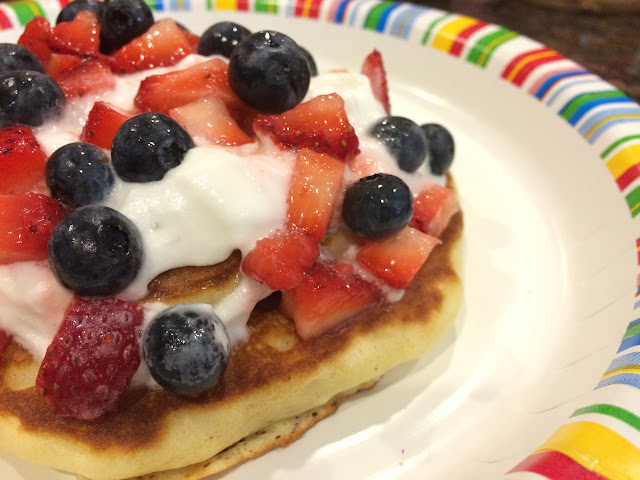 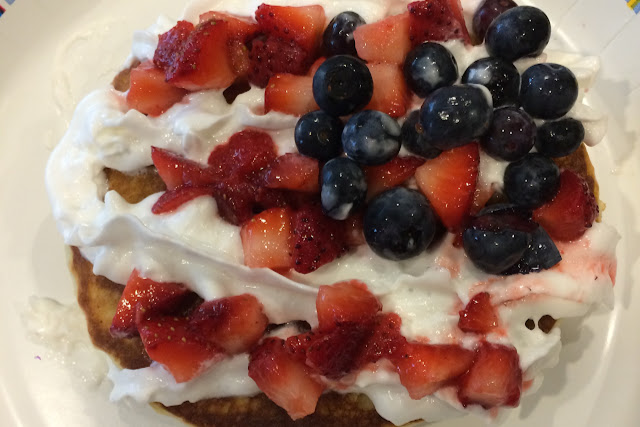 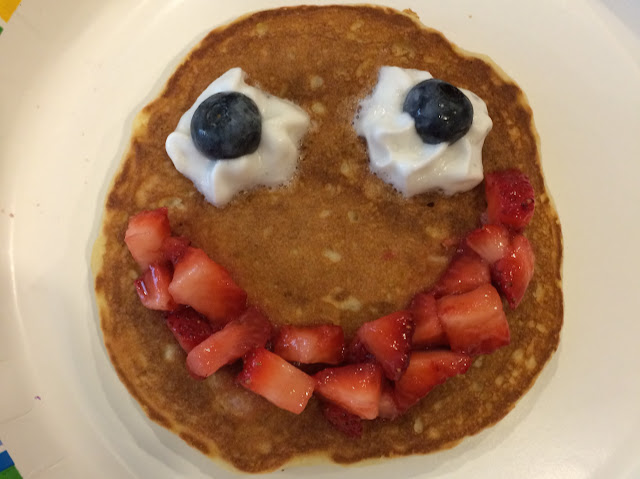 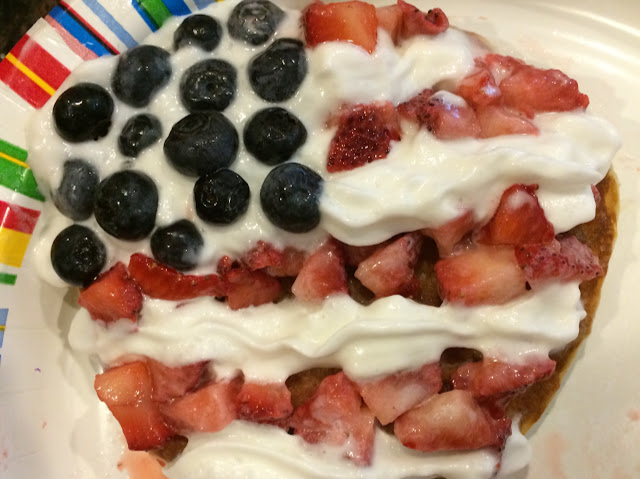 That evening Brian & Jana had a party on their new patio built by our friend at Tradition Outdoor Living. There were six or seven other families there, and the kids enjoyed the new pool! The food was delicious, the company was great, and we were able to see fireworks from the patio! Once again I failed to get a picture, but I didn't want to not mention our evening! :)

Our friends Michael & Tina visited from Dallas over the weekend, and we went to lunch with them after church yesterday. Their baby girl is almost one, and she's quite a cutie! 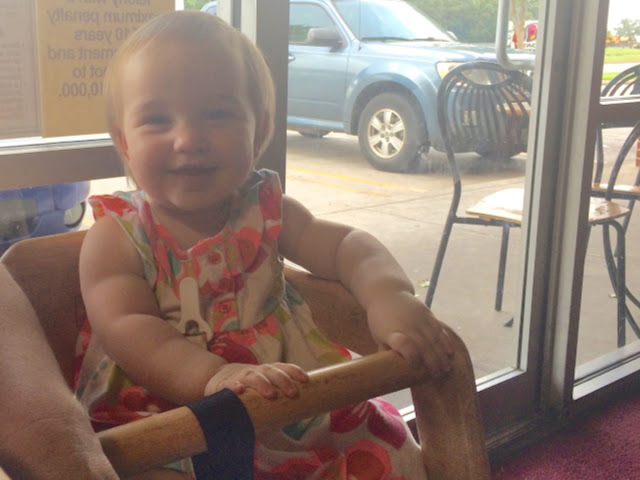 And speaking of cuties...adorable Evie Kate came over last night, and she enjoyed picking flowers (leaves, actually) & splashing in the bird bath in my garden! 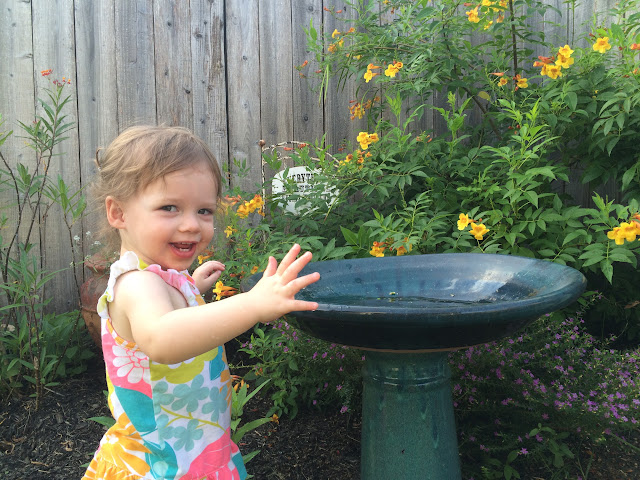 That about sums things up! I hope y'all have a super great week!! ♥