Once again, I've been a failure at blogging, and I didn't even get my usual Saturday post done. I hope to get back on track soon, but I'm not sure how/when that will happen. I am still listening to music, though, and my favorite band has been posting live videos from ACL lately. Since I've never posted this song, I thought I'd share it with you today. I didn't really listen to it the most this week, though. {Why do I always feel the need to confess that to y'all?!}

My sweet boy was at camp all week, so I got to enjoy some time with my baby girl! She ended up getting to hang out with friends on the days that I worked...one time was planned, and the other was by accident. The accidental one was when she had come in to work with me in order to go to VBS training. Afterward, her friend's mom took her home, where she realized that she had forgotten her key. It all worked out great, though, because she was able to spend the day with her friend & had much more fun than she would've if she had been home alone! The following picture what taken at Fuzzy's on a day that we ran some errands {& were conveniently still out at lunchtime!} :) 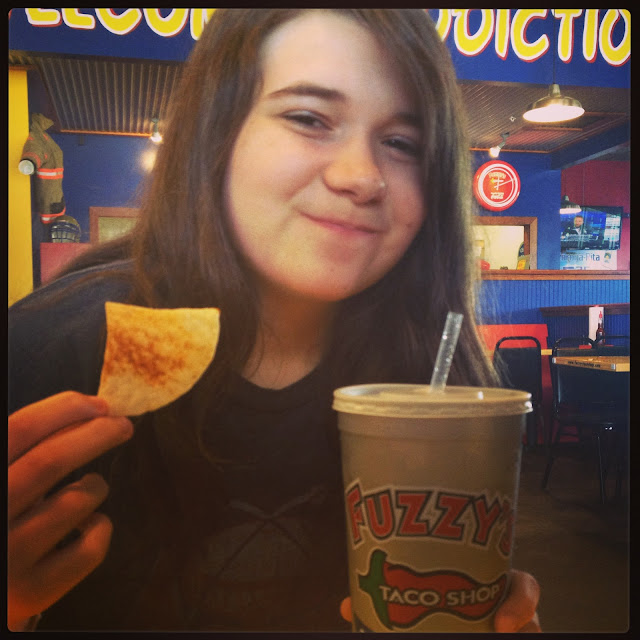 Chris & Elly both had stuff going on one evening, so I got to have a somewhat impromptu coffee date with my friend Laurien! Speaking of coffee...With Cody being gone & Chris having something each evening, I didn't hardly cook at all. So my kitchen stayed fairly clean... 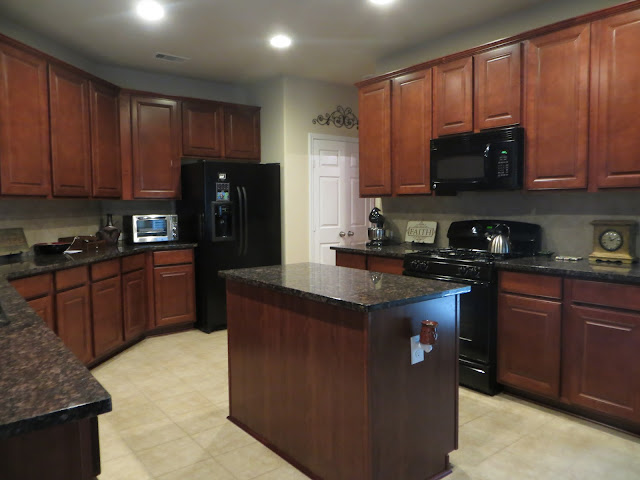 ...and most of the items that I had to wash were coffee mugs! 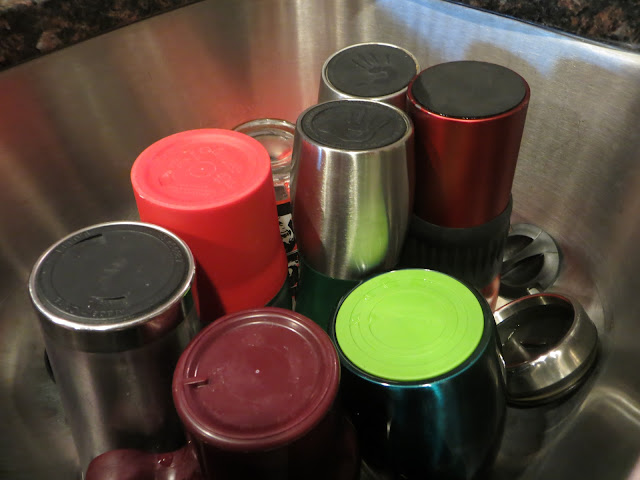 On another coffee note...there's a new coffee roaster in town! Well...not in my town, but in a nearby town. Righteous Bros Coffee Roasters is owned by my step-brother's brother-in-law. {I tried to make that sound the least complicated as possible!} Their eCommerce store opened this week, so I ordered some caffeinated yumminess & received it super quick! Yay for new coffee!! 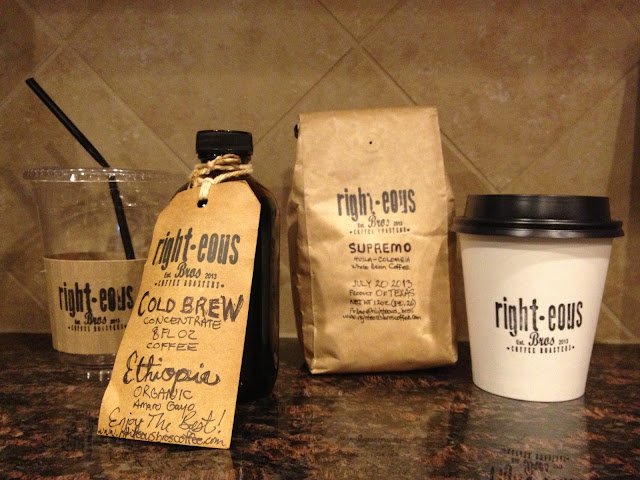 And one more coffee note (yes, you should probably be concerned about my addiction at this point)...Christopher & I celebrated our 17th anniversary yesterday! Since Sarah had just come into town (and our usual Benihana coupon is only good Monday through Thursday), we decided to just go out for a little coffee date! We went to a new(ish) place in a historic building by the courthouse. The owner gave us a tour of several parts of the building and filled us in on some history. It was pretty neat!

The most exciting part of my week was picking up my favorite British teenager at the airport!! She has come from across the pond to stay with us for a couple of weeks, and we're so glad to have her here! I'll try to remember to take pictures of some of the fun stuff we do during her visit (on a real camera), but for now here's one that I took on my phone: 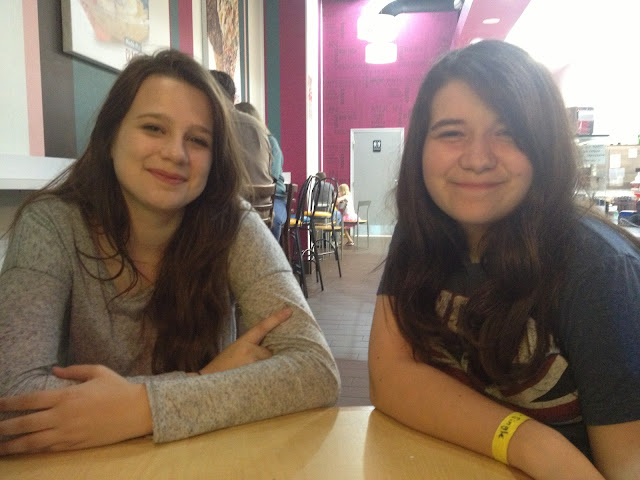 I would like to wrap this post up with an announcement: the birthday dessert eating has begun!! 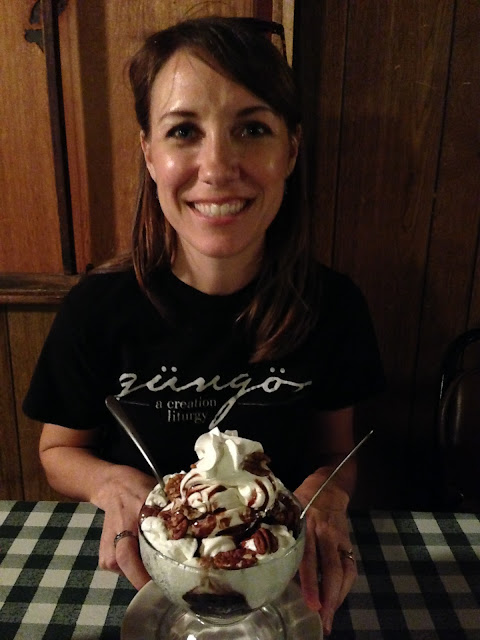 I have a feeling that the week ahead is going to be super!! :) I hope y'all have a wonderful week! ♥