As usual, it has taken me way too long to tell y'all about my super great weekend with my aunt, uncle, and cousins! I was waiting on some official pictures from the run. {I know I've said that type of thing before, but it's true every time. I promise!} They were going to be posted last Wednesday, but the person responsible for that has been dealing with some medical issues. Anyways, they're up, and I was able to get a couple of pictures that I didn't have. So without further ado...

I'm soooo glad that I signed up for Kirby's run, because it meant that I got to see my family! I think I've mentioned that they now live about 11 hours away, which is a little much for me to drive by myself. And it's also practically impossible for me to do in a day, like I did on occasion when they lived about half that distance (& that wasn't the best idea). So I hadn't seen my beautiful cousin Kendra & her family since her wedding in August. For the record, that's way too long!

Wow, y'all, this isn't looking good...I've rambled for two paragraphs of this post & haven't even arrived in Lubbock yet! Moving right along...

My uncle picked me up from the airport, and I was happy to discover that Kirby & Catherine were at my aunt & uncle's house when we got there! Jason & Kendra came out as well, and we all met up with Catherine's family for dinner at a delicious Italian restaurant {carb-loading before the race! ha ha!} After dinner, some of us went to a pie bar. Oh.my.goodness. We need one down here! 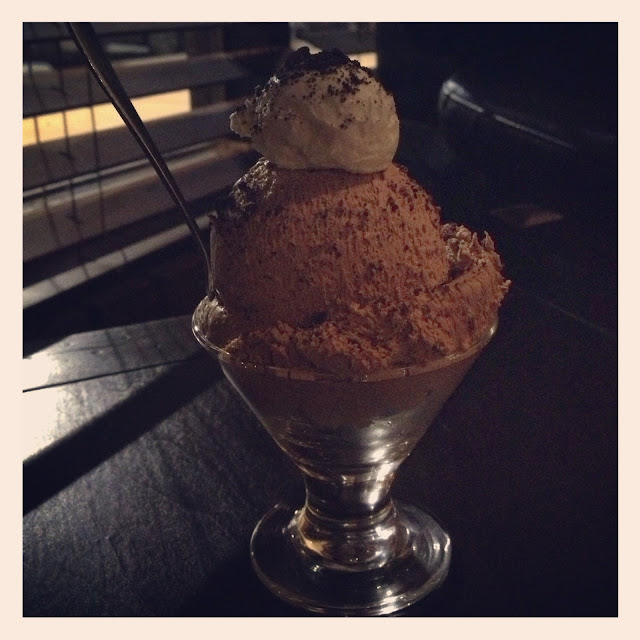 {This yummy bit of chocolatey goodness consists of Oreo crust, chocolate mousse, and a bit of Thin Mint crust & whipped cream on top! They had all sorts of crusts & pie fillings to choose from, though, if chocolate's not your thing...}

The next morning was the run, and somehow they had me in the wrong age group... 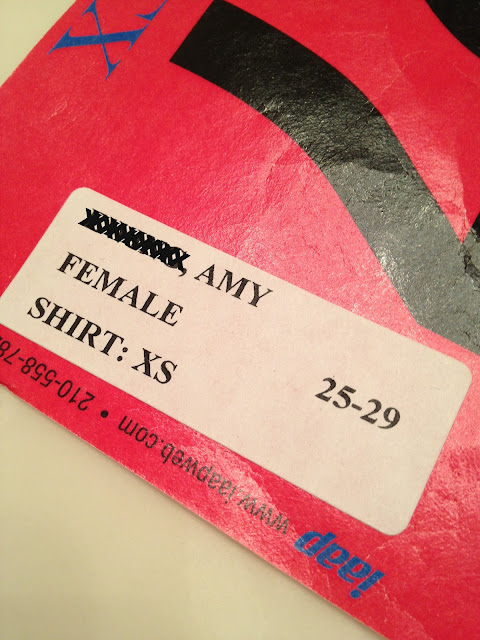 {it was resolved when it came time for results}

As we all lined up at the starting line, the race director addressed the crowd. He talked about the proceeds benefitting Kirby and asked my sweet cousin to raise his hand. 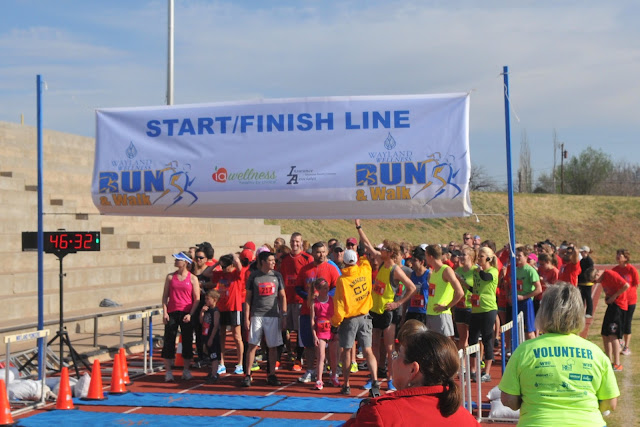 Then he had Kirby turn around and see all of the people who had come to support him. I'm not gonna lie, it brought tears to my eyes (& still does now). We were all at the run because Kirby was there, as in alive. And because he's amazing, Kirby placed 3rd overall! 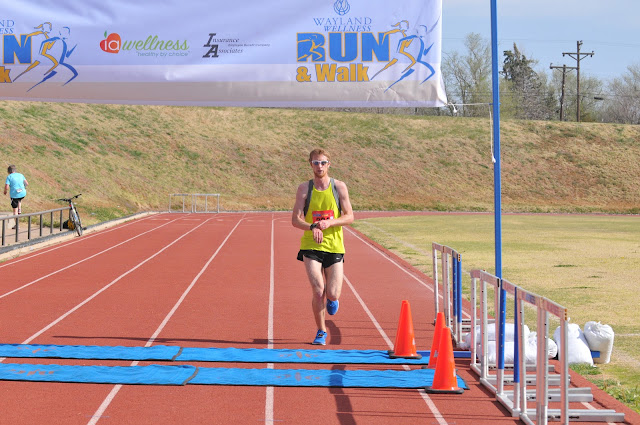 I ran with my beautiful cousin Kendra, her husband Jason, and a couple of their friends. We ran for about a mile or so before there were complaints of pain, side cramps, etc. After a bit, someone said something along the lines of, "If you're waiting for someone to suggest that we walk, I could suggest that." And most everyone agreed that we'd walk for a bit. After one more run/walk rotation, Kendra, Jason, & I ran the last mile. In all, we probably walked 3/4 mile. I know, Brooke, I could've/should've run the whole thing! 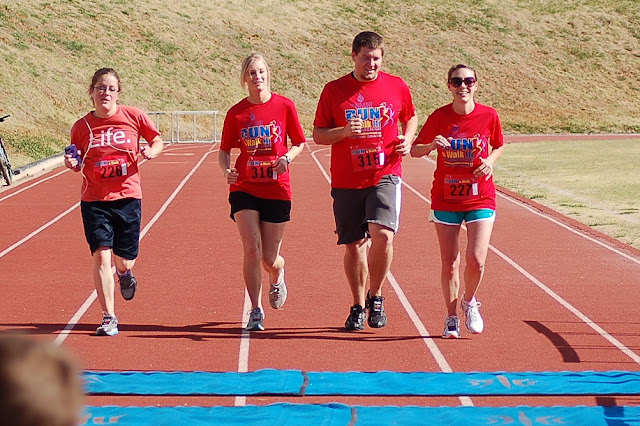 And when we got the results, I really realized that I should've run the whole thing because I would've won my a/g. Instead, I was the 2nd female in my age group: 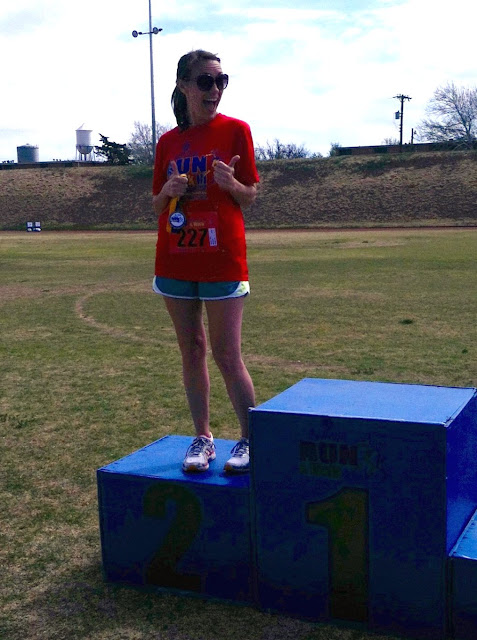 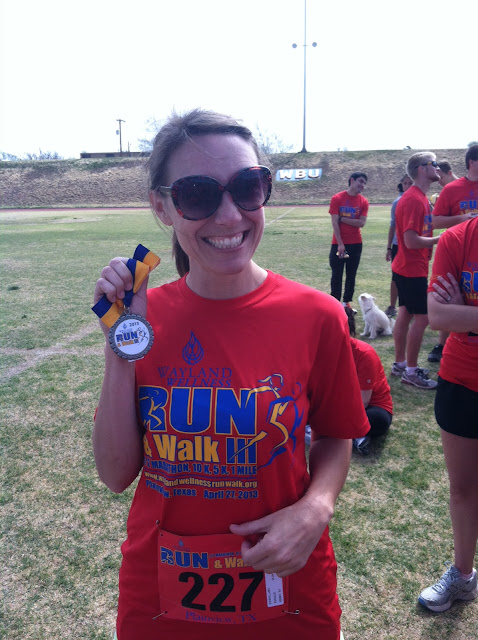 A lot of Kirby's family ended up placing, but some of the results weren't recorded correctly. For instance, Kendra placed in the under 19 a/g (though she's a little older than that). 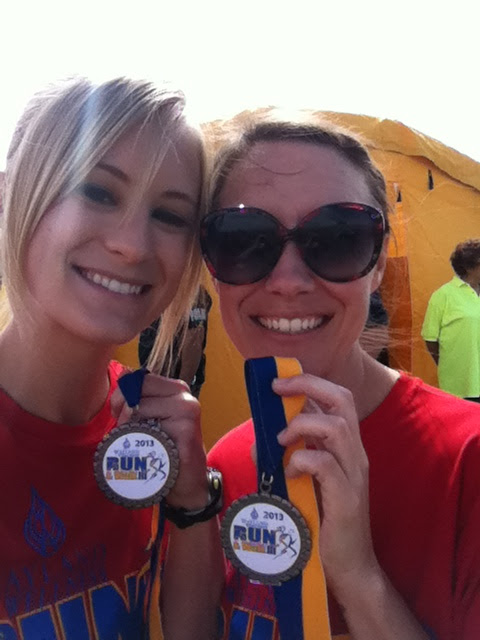 Catherine was the first female, but I couldn't find a picture of her win. Here we all are with her family, though! 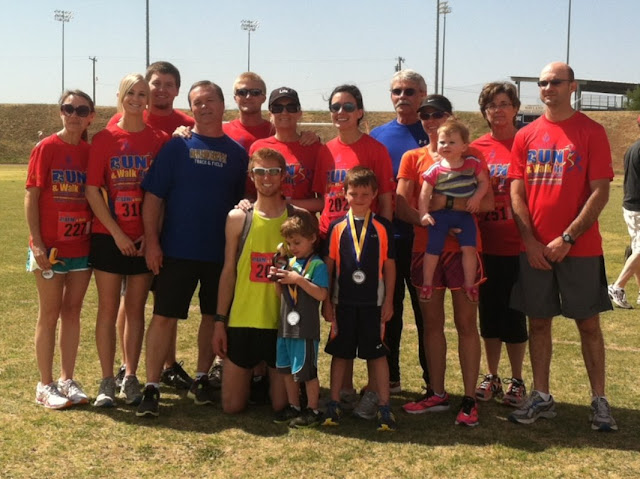 As for the rest of the weekend, we ate at several local places (which I love)! We spent Saturday evening with our friend Aaron's parents & sister. {He's doing well, by the way! He's currently learning to drive with hand controls!} And after church on Sunday, we met up with Catherine's family for lunch before everyone headed home. My return flights were fairly uneventful. The most "exciting" part was when I arrived at Love Field to catch my connecting flight to Houston. I had to walk from one end of the terminal to the other and almost didn't make it! The 2nd most exciting part was when the man next to me asked if I was going to school in Houston! ü

I'll close with one more picture of me with my favorite cousins: 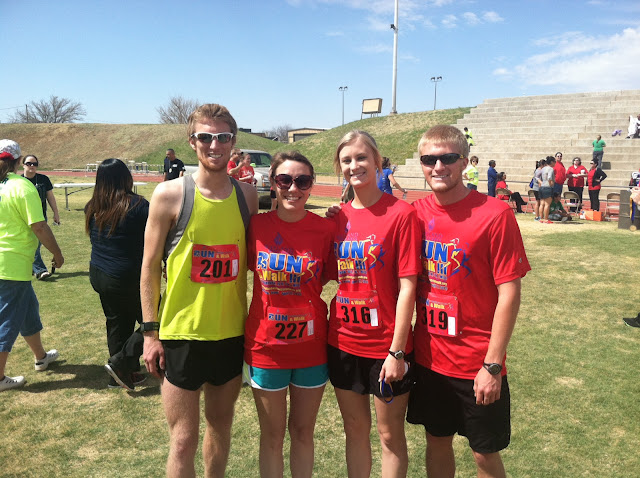