Hi, friends! I'm sorry that I haven't been around much lately. I still plan on telling y'all about Austin, but I'm waiting on one more picture from one of the other girls. Other than that, I really haven't had anything blogworthy to post about!

For some reason, it has been a little harder to get into my back-to-school groove this year. I usually welcome the routine that school brings. This year has been different, and I still feel sorta off. I just haven't quite settled in to my routine, because I've had a few other things going on that have prevented me from actually finding my routine so far! Does that make sense?

But I have been productive, so I'm really not complaining! I've done most of my yearly doctor visits since school started. I saw my regular doctor for a check-up, and she said all of my numbers look great!  {I'm so not trying to toot my own horn or anything, but I'm used to hearing bad news at Christopher's doctors' appointments, so I like to share some positive stuff!} I've also been to the dentist for a cleaning, and the hygienist was surprised that I don't whiten my teeth! Here I was thinking that coffee has horribly messed them up, and she actually said they look pretty white. Yay! And I've been to the dermatologist as well. Strangely, she removed one little spot that I wouldn't have ever thought was an issue. [enter Melanoma Mama] You really should get yearly full-body mole screenings, as well as yearly dilated eye exams! Melanoma is for real, people. [That's all for now...] With that being said, my next appointment is an eye exam. Then I think I'm good for awhile!

I've also been doing a little sewing, though I haven't ventured into doing anything super exciting! I made the curtain for my laundry room {that I still plan on showing y'all after one final project} & have altered a few shirts. Sometimes I fall in love with a shirt, but it doesn't fit quite right. I'll buy it if it's cheap enough that if I accidentally ruin it while trying to take it in, I won't feel like I wasted much money. But then it usually hangs in my closet for awhile, because I really don't want to ruin it! So I've been tackling a few of those little projects lately. I also used a couple of tutorials to make a dress {using an old favorite shirt that had those weird little holes in it & a yard or so of fabric remnants that I got for cheap!} But the kids think the dress isn't my style. I may post a picture to get your opinion some time...

And I've also been busy with our current Bible study, but I decided to save all of that for another post!

OK, this is so minor in the grand scheme of life, but I'd like your opinion on something...Mister Christopher is going to get the new iPhone {not necessarily because he has to have the latest gadgets to be cool or something, but it really is a good idea for him or Freddy to get trendy devices that people will be viewing their websites on. As a programmer, he has to adjust the code to make things look right on different screens. Or so he tells me...} Anyways, I generally get his hand-me-downs, so I'll be having to say goodbye to my super cute phone case {you can see it in a random picture at the bottom of a random post ~ go figure!} I've been looking for a new one & have narrowed it down to these two: 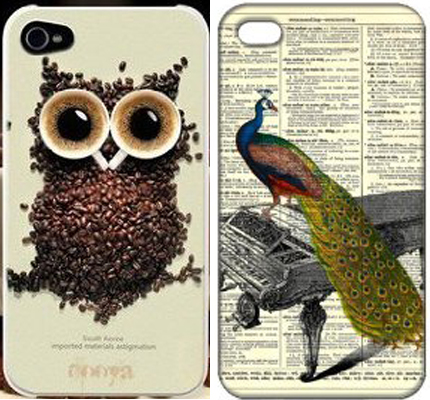 Yes, I'm aware of the fact that my Photoshop skills are sorely lacking, but Chris isn't here to do it right. Terrible picture aside, I'd like to know which one y'all like best!

Wow, I wrote so much that I may have nothing to share with y'all on Saturday! Oh well, I think I may know what song it'll be already. And I think you'll like it! I hope y'all have a wonderful day, and please let me know which case is cuter! Thank you! :)

P.S. Today's song has absolutely nothing to do with my life or anything. Amy sent me the link a long time ago, and I've been wanting to post it. No, Adam Lambert doesn't really hold a candle to Freddie Mercury. But if anyone can come anywhere close to having the chops to do a Queen song, it's definitely Adam. I don't care what Wade or anybody else says, that man has talent! And the fact that Queen actually toured with Adam tells me that they agree! :P
Email Post
Labels: Randomness

Zion said…
Ahhh, I really like them both! I am sure that it's true what Chris says, honestly that makes total sense, but it does make me chuckle a little because with a family full of IT guys or even just when Jeremy and Dan were working together I felt like I have heard every excuse in the book about why it is professionally important for them to have the latest iPhone/gadget available. ;)
September 28, 2012 at 8:58 AM