We found a puppy yesterday! 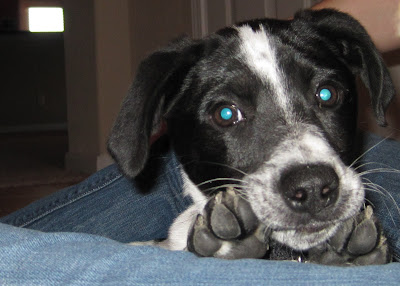 He has a collar but no tags. I posted it on the neighborhood website, and they even sent out an email. Of course, the whole neighborhood isn't signed up to receive emails, so it's not a foolproof system. Nobody has called yet, and there aren't any signs about a missing puppy. We're calling him Dexter, and I keep telling the kids not to get attached! 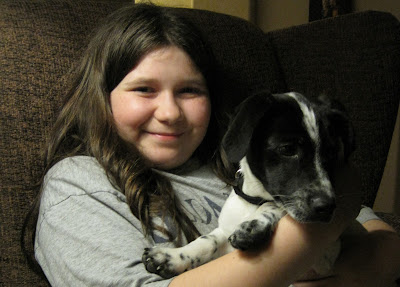 He's a little cutie, but I have a feeling he's going to be a BIG cutie before too long! He slept with Cody last night & didn't cry at all. Cody said he woke up this morning to his toes being nibbled! 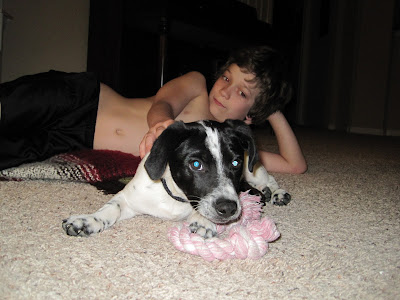 At first, Pepper wasn't too keen on the idea of having another dog in the house. I think she's getting used to him, though. 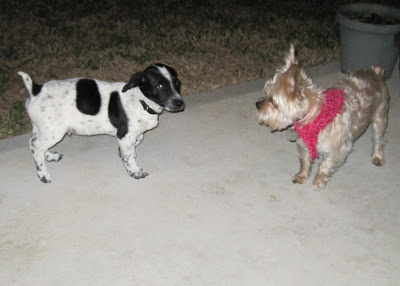 As for accidents, he didn't have any last night, so I thought he might be house-trained. Today has been a completely different story, though! Fortunately, he has only had two accidents on the carpet so far; but he has marked the tile MANY times! I'm trying to keep him confined, but the kids keep letting him out & not paying attention to where he's going. The joys of puppyhood...