"You're bored, gotta wonder if there's more
Waiting for the dream life you thought you had in store
Trying to feel something you can chase a life that's thrilla
Living on the edge drinking smoking dream killas
Coulda been shoulda been woulda been
What might your life have been?
Today you're not a has-been, but at your life's end
Will you have regrets then, have regrets then?
Are you OK with today if tomorrow is the end?

We're all scared, gotta wonder whats out there
Shooting down the ones who did what we wish we dared
Everybody's scared to Karaoke in the open
Afraid we're not as special as what we might be hoping
So we're frozen haven't chosen
Just going through the motions
Faith and belief, courage overrule emotions
Stand up and be counted for something when it's time
Decide where you stand, take your hands raise 'em high

I remember when this song was released. It was the 1st single from Superchick's sophomore album (which wasn't out yet, so I didn't have it). Chris came home saying that he had heard the song on 89.7 Power FM (oh, how I miss you, precious radio station), & I was so jealous! This song just really makes me think of 2002. It was full of youth ministry stuff! We had finally gotten more GIRLS in the youth group the year before, so I felt more connected & involved. There was a great group of volunteers, too, who were way cooler than me. We did fun things like sleepovers where we made t-shirts & toothbrush bracelets! Chris took a group to Hollywood on a mission trip, and they came back so excited that I started making plans to go the next summer. We had some great girls that enjoyed babysitting our kids for free. They considered it their ministry! Isn't that awesome?! 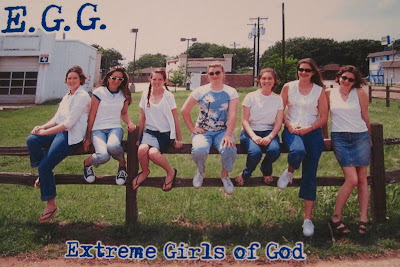 We got an new addition to our family in 2002! Our 1st pet, Gilbert Dorothy, was a reward (aka “bribe”) for Elizabeth's potty-training success! She named him after her favorite cartoon characters' pets: Caillou's cat & Elmo's goldfish. He was actually a Betta who lived in one of those [now controversial] Lily Vase ecosystems. 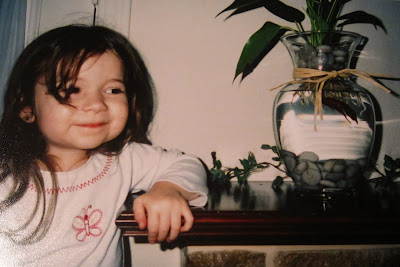 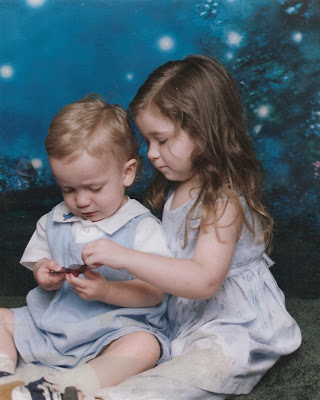 We cut Cody's curls off this year, so Christopher grew his out!

I'd have to say that the highlight of my year was when I got to MEET JULIE MILLER (that's the title of her 1st album, btw)! I have loved her music since my friend Jason sent me a mix tape with “What Would Jesus Do?” on it in 1990. Two times over the previous two years, I had found out [too late] that she was performing in Dallas. One time, it was 30 minutes before the concert, & the other time was the day after! On October 10th, I finally got to see her & Buddy in concert, and not only did I get to meet her, but Natalie & I got to hang out in her RV! It was an awesome experience & something I will never forget! 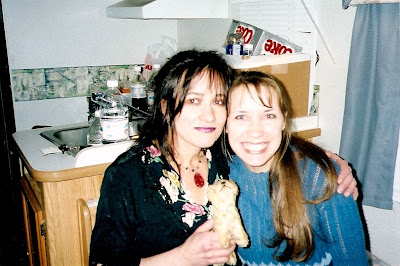