"Miracle of the Moment"

Chorus:
So breathe it in and breathe it out
Listen to your heartbeat
There’s a wonder in the here and now
It’s right there in front of you
And I don’t want you to miss
The miracle of the moment

Then taste them as they fall
And let them soften your heart
And if it brings you laughter
Then throw your head back
And let it go, let it go
You gotta let it go
Listen to your heartbeat ”

Our little evangelist began 2007 by having a “God party” for his 6th birthday. He had a speech planned, where he would tell his friends about what was important in life: God, parents, friends & family. He chickened out on the speech, but we did spread the Gospel a bit with the VBS-style crafts, games & snacks, and the cake had a cross & an empty tomb. Elizabeth played soccer in the spring, & she enjoyed it so much that she had a soccer party for her birthday in the Fall. We bought her a practice goal, & my friend Kristi (a former soccer coach) helped me with some great drills. I don't know why I feel the need to talk about their birthday party themes, but I'm a mom, & that's what we do!

For Mothers' Day, I got a puppy! I had been wanting one for several years & finally got the cutest little Shorkie Tzu (Shih Tzu/Yorkie mix). We named her Pretty Peggy Pepper, after the Dublin Dr Pepper advertising icon/beauty queen. {Chris tricked me into doing that!} 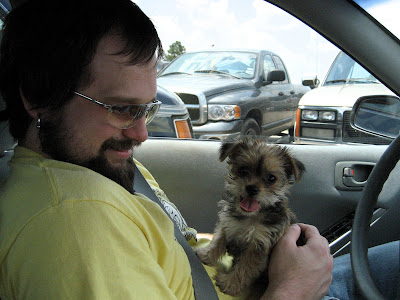 Though we had acquired some debt, we continued to see God providing for us in miraculous ways, & I think the truth finally sunk in one day. I had been acting like the Israelites in the wilderness, roaming around complaining to Him about His provision. He wasn't doing things the way I wanted Him to, & I was acting like a spoiled brat instead of taking each situation as an opportunity to choose to trust Him. I was so focused on our debt, and it had become such a huge burden, that I could think of little else. We weren't living an extravagant lifestyle by any means, but I would (sort of obsessively) try to figure out where we may have overspent & how we could have done things differently (like I could've undone the past, anyways?!). It was hard not to keep looking forward to the illusive “one day” when we would be out of debt. Well, I think it finally dawned on me that I'm not made to carry burdens, which is why I wasn't doing so great at it! When I handed it over to Him & focused more on spending time with Him & being in His Word, I really didn't have time to dwell on my circumstances. 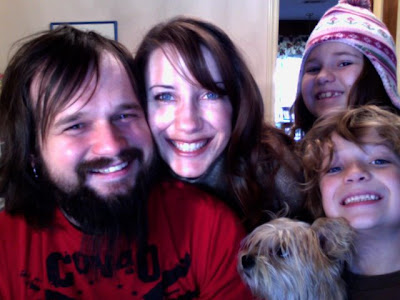