“As time was ticking
We were winning
And it all was going as planned
Politicians stand between the lines
Of making headlines, street signs
Saying you're going the wrong way
Fading faster now

And game over, you're done
Out of left field we won
Pack our bags
Yeah, we'll run
Hollywood here we come

Ya, I know, the Jonas Brothers were just brothers & not yet a band in 2003. I mainly chose this song for the title & part of the chorus! I was able to go with Chris & the youth group on the mission trip to Hollywood this time. I fell in love with all of the people there: the hurting people on the streets, the teenagers in the other two youth groups, and the interns & staff at The Oasis. 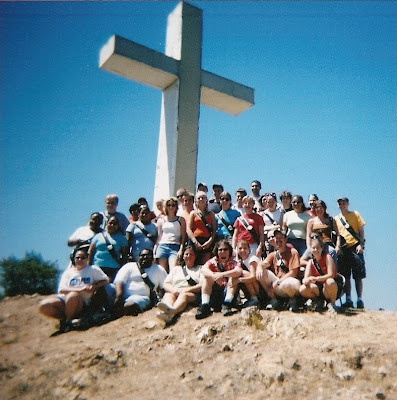 God really showed me a piece of His heart there, and He gave me such a deep compassion that I've never had before for those who don't know Him. One morning during devotionals, I was on the balcony looking out at the Scientology headquarters & the street below me. I was thinking about all of the people out there who were lost without knowing the WAY, the truth & the life that God has provided through Jesus. I was reminded of a fictional book that I had read recently, where one of the characters had realized a theme to the Bible: God wants His children back. It really is true. From the garden until now, all of humanity has been like His children that have gone missing, and all He wants is for them to be home safe with Him. I can't imagine if one of my kids were missing; but if they were, I would do everything possible to find them & bring them back home safe with me. That is how God feels, but even more because He is a way better parent than I could ever be. He loves His children way more than I could ever love mine (& I love mine very much!), so I can't even imagine how His heart breaks for His children that are distant from Him. All of that is to say that I developed a very deep love for the people that I met on the streets of Hollywood, and I really did leave a piece of my heart with them.

Chris had the opportunity to go on a mission trip to England in the spring. Then, a group from England came to the States that fall for a conference at CFNI. We hosted a family in our house. They had two teenage boys & a little girl who was a year older than Elizabeth. We had a great time getting to know them and developed a wonderful friendship that continues to this day. 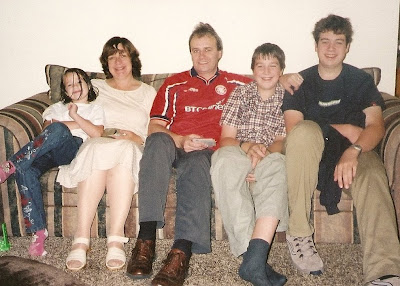 Here are pictures from what we called a "Dr Pepper Christmas": 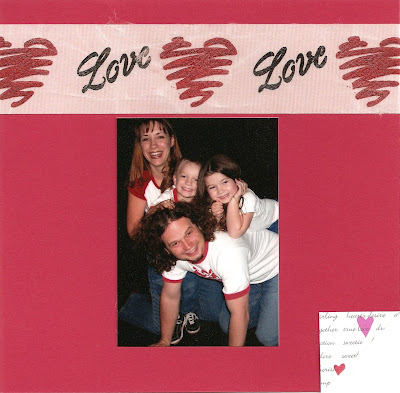 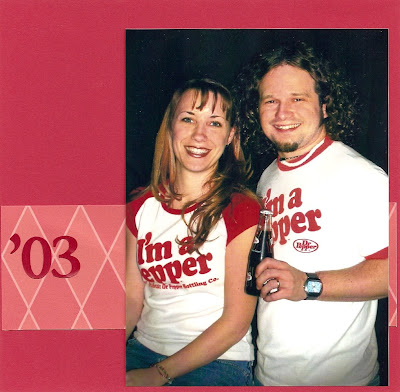 Sadly, our babies were no longer considered babies. As with each stage of their lives, I missed where they had been, loved where they were & looked forward to what was to come. Such bittersweetness!

Here's a video of our cute kids:

Email Post
Labels: Bible stuff family the love of God Through the Years