In 2006, our baby boy turned FIVE & had a Super Hero birthday party! He got a super cute hamster named Fire Chief Jake. That summer, it was Christopher's chance to turn 30! Our friends gave him a party in Midlothian, when we were up there for the 7th Annual Dr Pepper Marathon. {Sorry I never mentioned the “marathon” before; but to explain it briefly: Chris took the youth group down to the Dr Pepper Museum in Waco, then over to the Dr Pepper bottling plant in Dublin. He started it on his birthday in 1999 & continued to do it every year, cuz he's a Dr Pepper freak fan! His best friend Erick continued to do it after we moved & he became the youth pastor there.} Chris & I celebrated our 10th anniversary in July! We also decided to start celebrating ½ birthdays. How fun is that?! Cody started Kindergarten that fall, & Elizabeth moved up to 2nd grade. How time flies! Elly turned eight in October, & Chris made her a fuzzy pink guitar case. It was awesome!

Financially, things were hard. Once the money from the sale of our house was gone, our faith really got tested! Clients don't always care to pay their invoices during the summer & throughout the Christmas season. So, I got very discouraged at times. We saw God provide in awesome ways, & I would trust Him for awhile. But, doubt would creep back in pretty often. It was a real struggle for me, and though I hated it, we ended up depending on credit cards more than we should have. We had been using a credit card for probably 8 years, (earning points to redeem for cool stuff—don't buy into it!) & had paid it off every month until this period of time. I say all this for you to understand a little bit of our situation, & so you can rejoice with us when our situation turns around (which starts to happen in 2008...wait for it!) Anyways, the struggle with my faith in God's faithfulness is why I posted today's song. It is so good to know that no matter how faithless I am, He is always faithful... 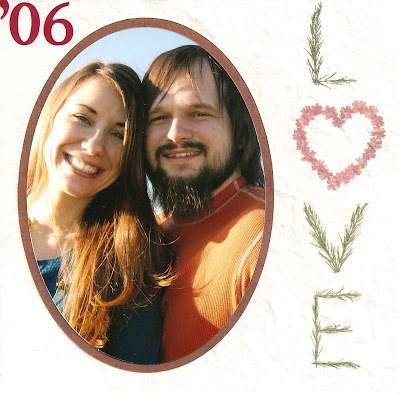 Freddy took some great photos of our family! 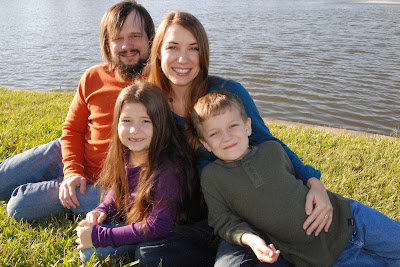 In case anybody cares, Dublin Dr Pepper is made with pure cane sugar from the Imperial Sugar Company, whose headquarters is here in Sugar Land 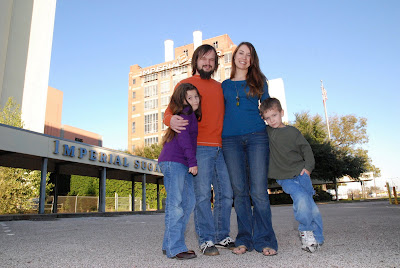