Once again I have discovered a post that I started but didn't finish! It's a little late, but I think it's still worth posting...

Our last Bowl Games of the summer was 'Merica-themed yuck wars! 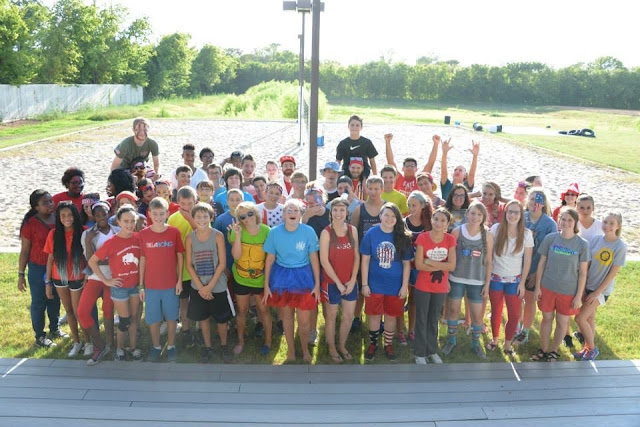 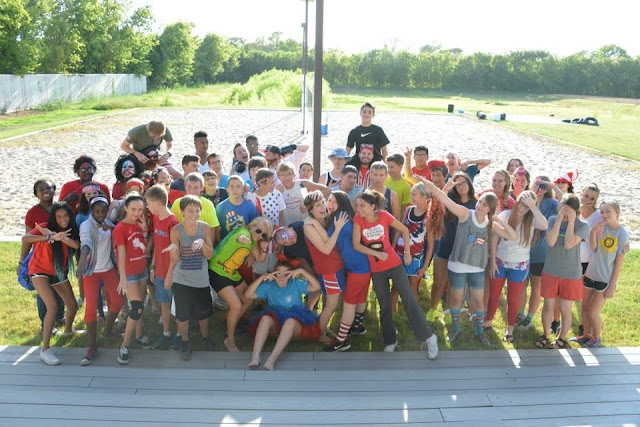 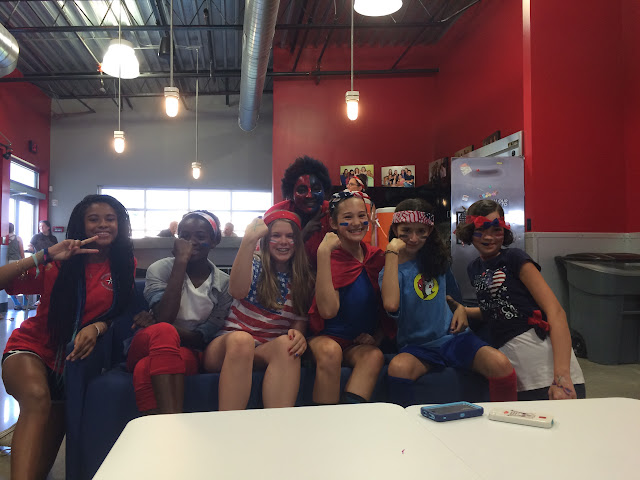 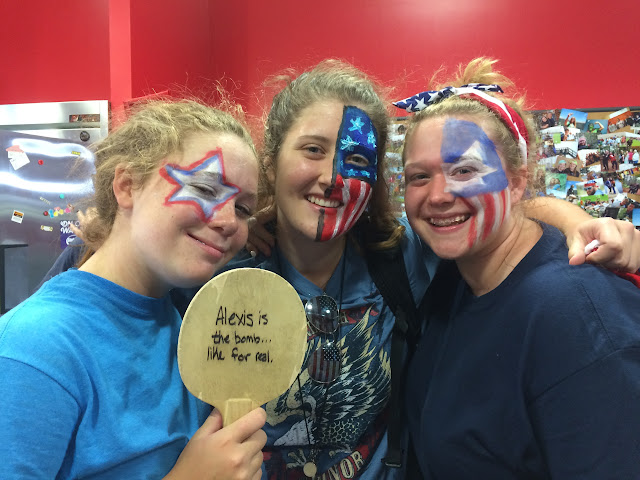 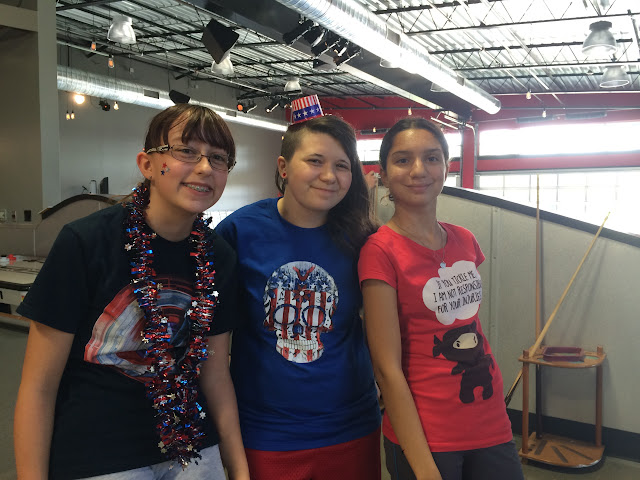 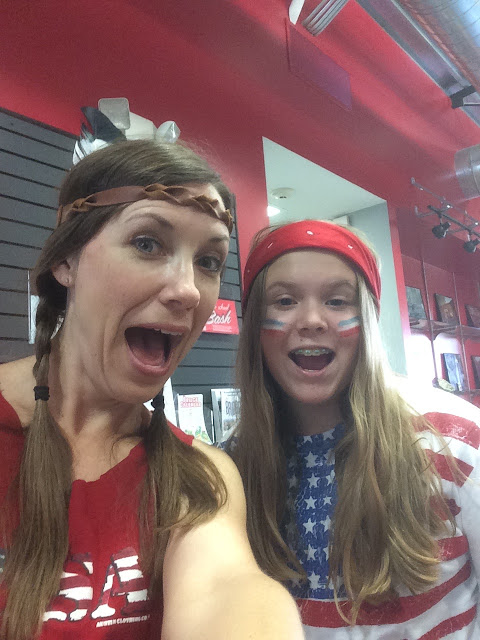 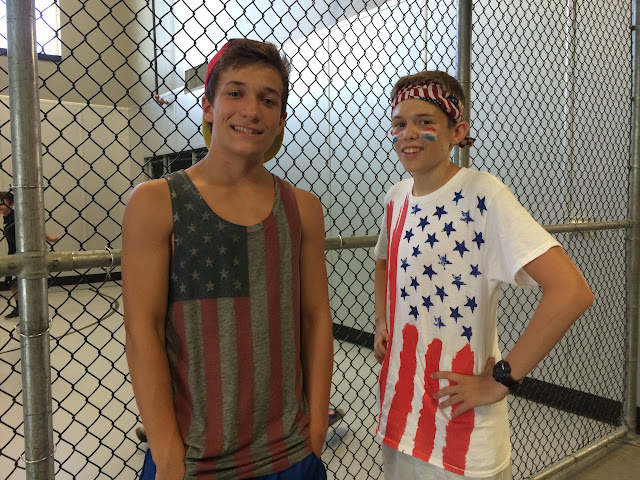 For the first time in Bowl Games history, Caleb and I were on opposing teams: 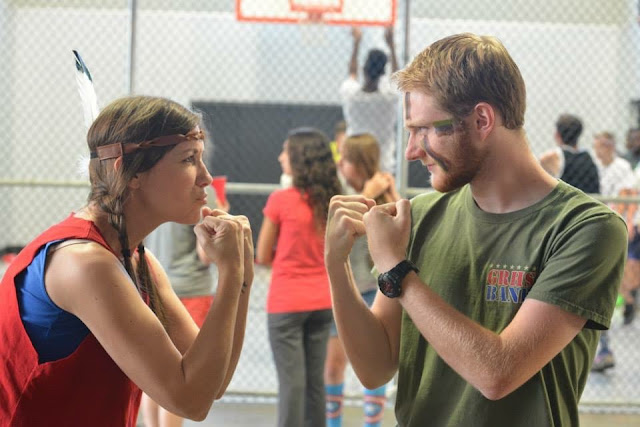 {Apparently he didn't register on time, and my team was full by the time he did...the Red Team that has only won twice in Bowl Games history...they couldn't put him on that team one last time?!...lame...}

And in case you're wondering what my accessories are about...the Red Team captains were Chuck Norris and Sacagawea. I'm sure you could totally tell (haha)! 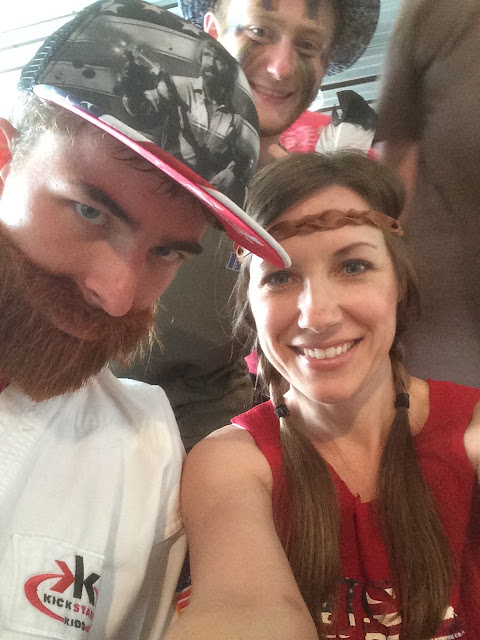 We started out with a little team captain eating competition... 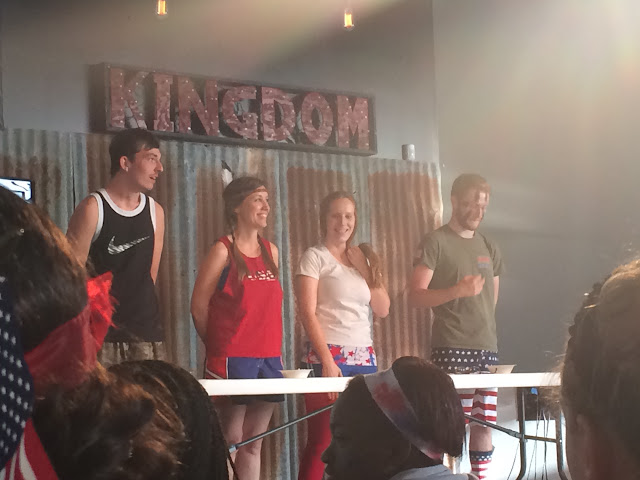 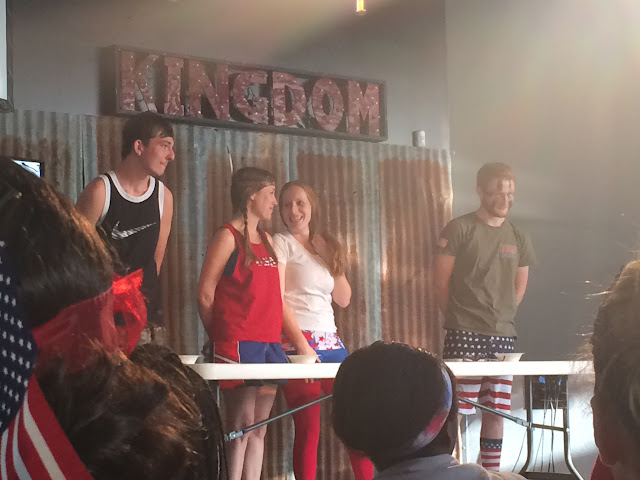 ...which I won, of course (not)! Have I mentioned that I chew 30-40 times for each bite that I take? Eating competitions just aren't my thang!

We played a goo-filled balloon version of volleyball... 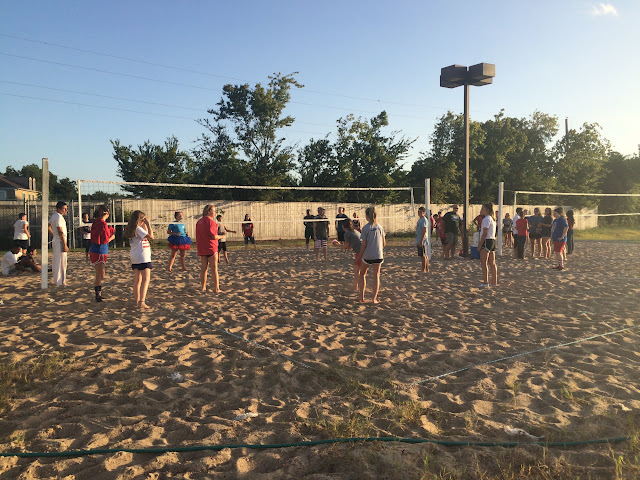 ...the human version of Hungry Hungry Hippos (on tarps covered with slime and baby oil)... 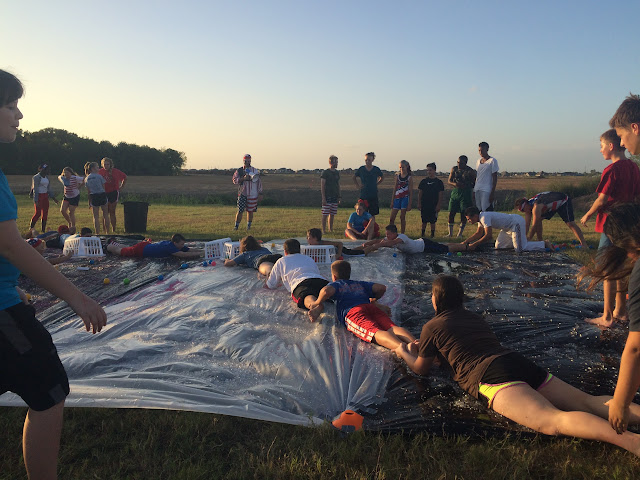 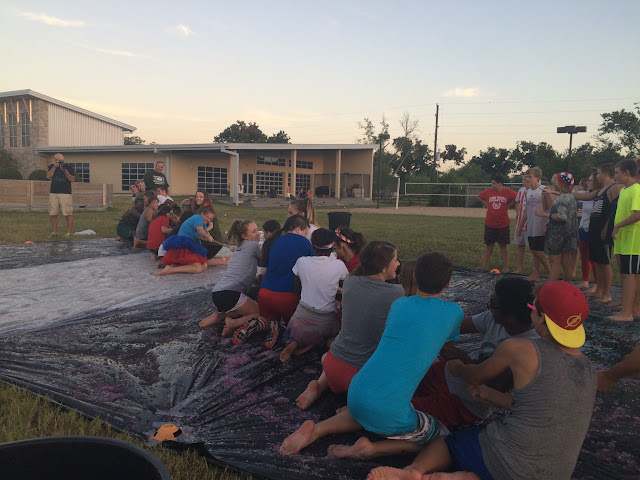 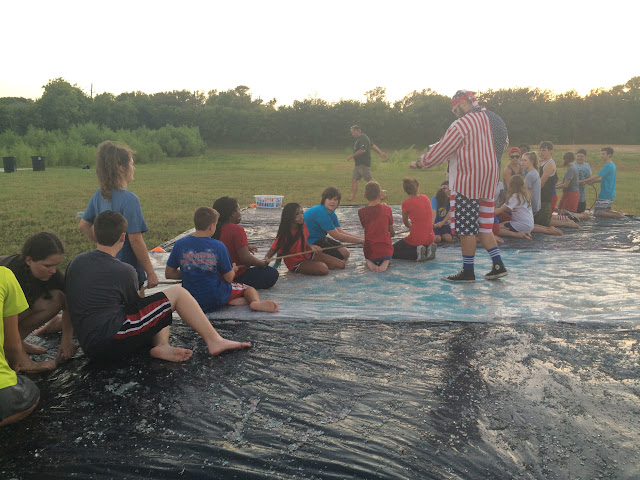 ...and tubed down a giant Slip'N Slide! 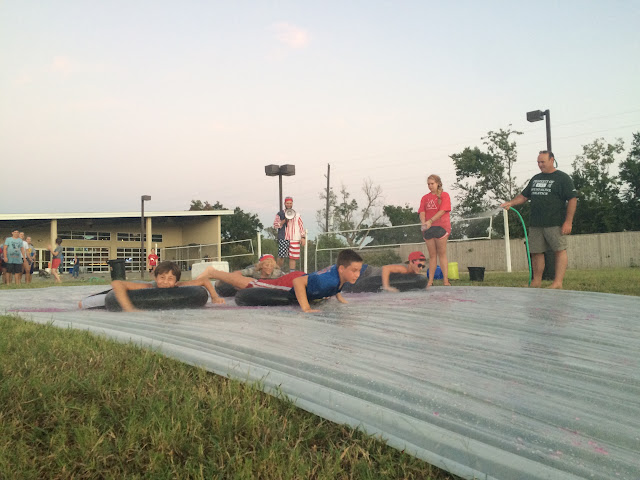 Everyone had a blast, as you can tell! I didn't participate in most of the events because my back has been bothering me, but usually I'm all in (except for tug-of-war because of that one time when I got slammed so hard into the person behind me that I felt like I had been in a small car accident...my chiropractor still has to adjust me in a different way than he did before the incident)! How about you? When given the opportunity to play like this, are you more of an observer or participant?

Zion said…
How fun! Your church always comes up with the coolest most creative activities. That stinks about the tug of war injury. That's intense.
November 3, 2015 at 5:05 AM