I was looking through old drafts that I never finished and discovered that I never told y'all about my trip to New Mexico with Laurien!! Though it was a year and a half ago (I think I've got you beat, Brooke), it's still worth blogging about! So here goes...

I don't remember how it came about, but one day Laurien suggested that I go to New Mexico with her to visit her family. She had always said that I remind her of her Aunt Georgia, so she knew we would get along. We both had Southwest points, so we decided to go for it! We flew out on a Wednesday morning... 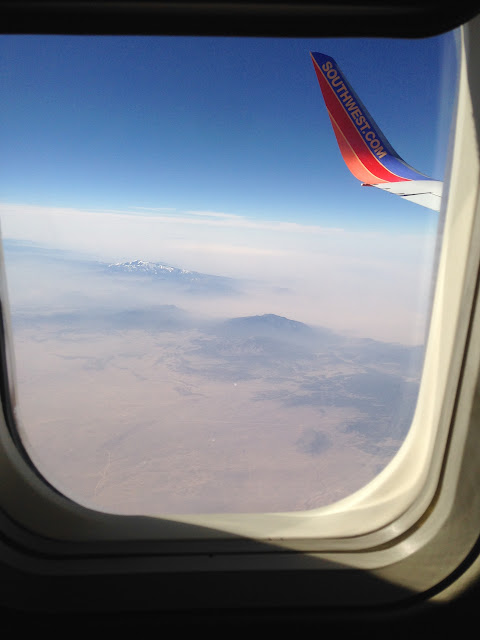 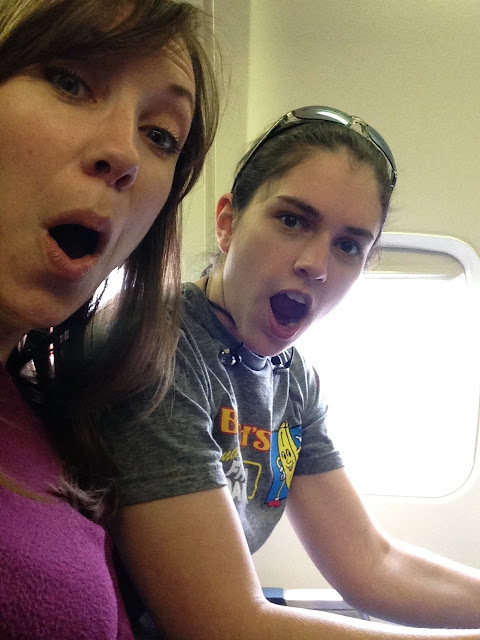 And arrived early in the afternoon. She held the yarn while I finger-knitted the scarf below: 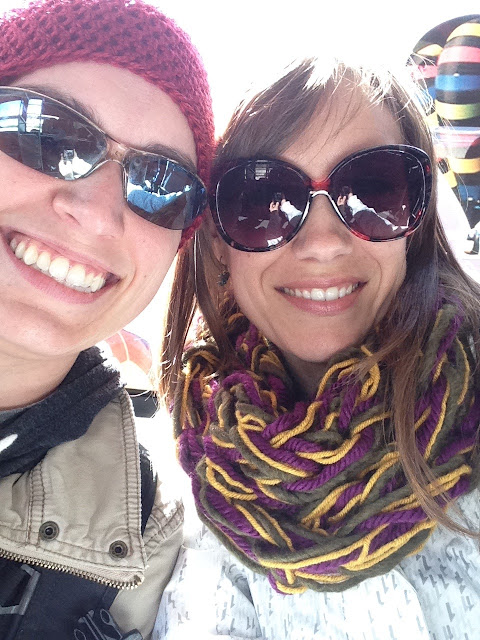 We were given a warm welcome with chips, dip, and cookies. Laurien's cousin, aunt, and uncle are all great at cooking, and we got to enjoy the results throughout our visit. We enjoyed delicious bread, green chile chicken soup, pancakes, and so much other stuff. I completely failed to take pictures with Georgia and her family, though. I have no idea what I was thinking! I promise they really do exist, though.

We rented a car for the first couple of days, because we wanted to explore a little and didn't want to impose on the family. Our first full day was spent in Santa Fe... 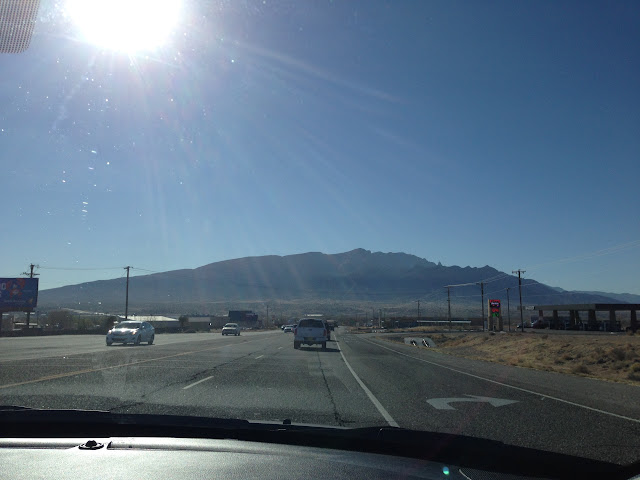 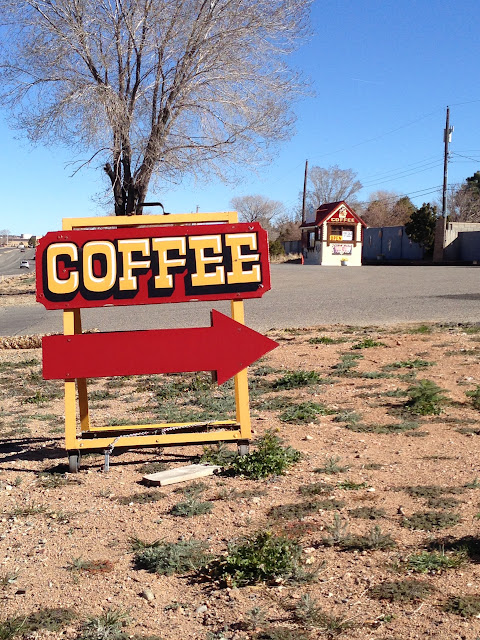 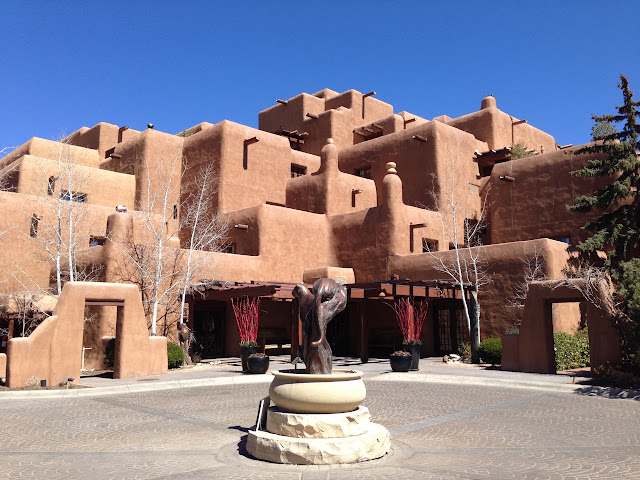 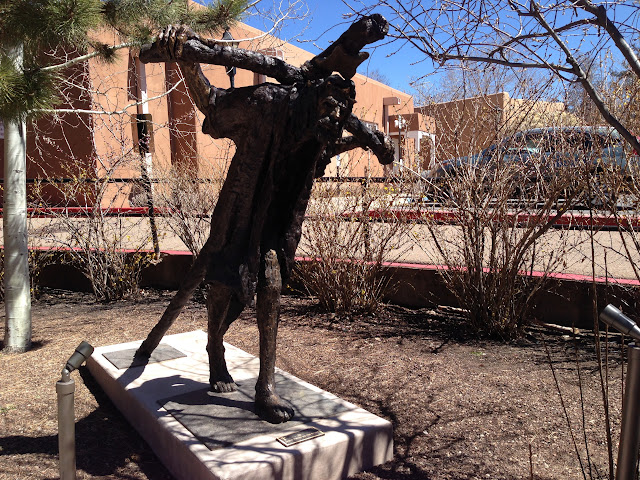 We didn't really have an agenda. We walked through the quaint little town, stopping in shops as they appealed to us and enjoying the beautiful weather. Like me, Laurien prefers to eat at local places that we can't visit at home. She, also like me, doesn't eat a lot. So it worked out perfectly for us to share most of our meals! 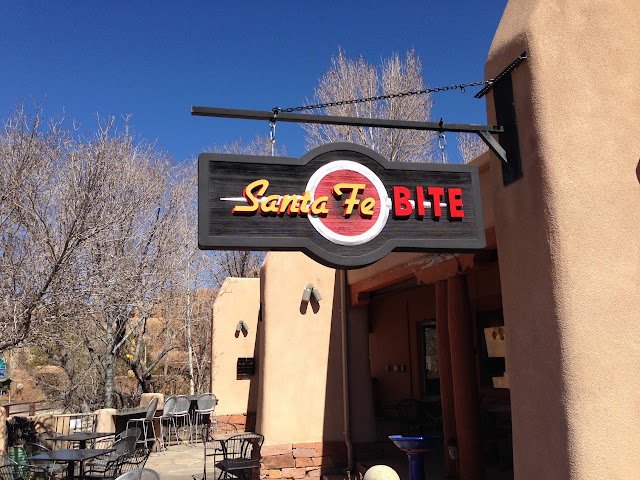 We spent quite a bit of time just sitting in the town square after lunch. There was a possibly homeless guy dressed in a head-to-toe fur ensemble who warned us about Big Brother or something, "There's a camera up there, and you're being watched by a thousand people." We still talk about that to this day!

We wanted to go up the mountain before leaving Santa Fe, but we had a bit of trouble. The signs were a bit confusing. We kept thinking we were on the road to the mountain, but then we'd find ourselves going the complete opposite direction. Then, after we had taken the road that was clearly marked and had been going up for awhile, we found ourselves going down without having reached the top. At times were were quite confused and kept asking each other, "Are we going up or going down?" We stopped a couple of times along the way, just in case we really were on our way down! 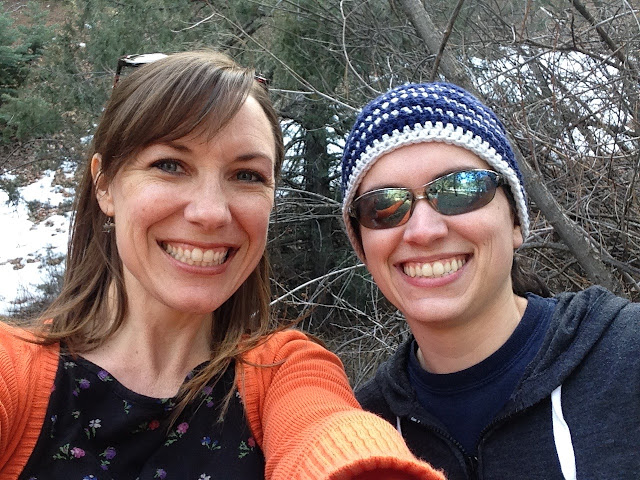 We finally came upon a higher spot with an amazing view, though pictures don't do it justice! 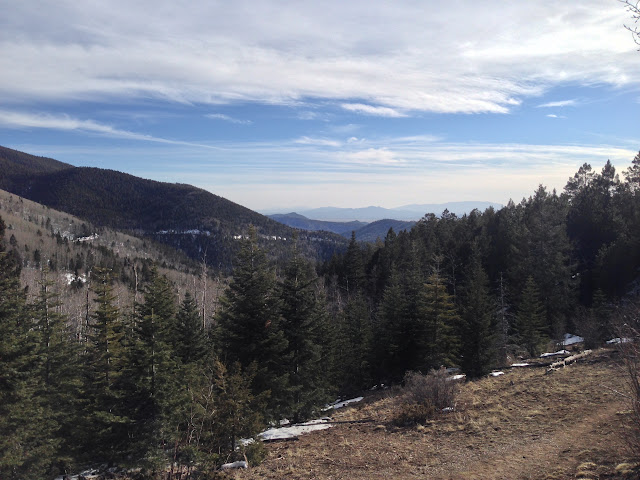 Neil had told me about the place where we had dinner before heading back to Albuquerque. We sent him this selfie! :) 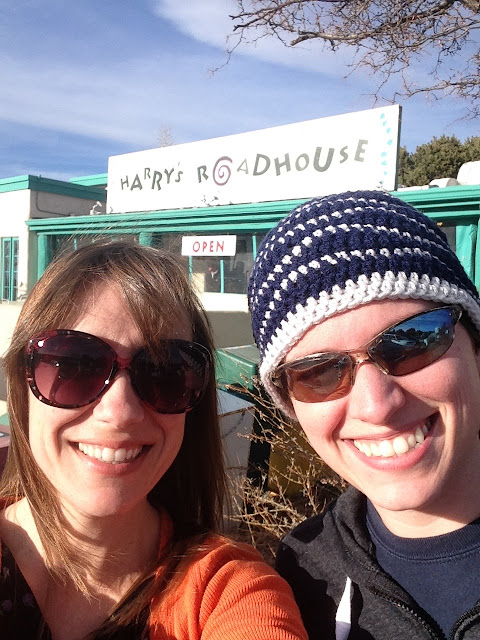 Both of our phones were dying on our drive home, and neither of us had brought a car charger. This was the night that Cody had a track meet, neither of his parents were there, and he got severely dehydrated. Fortunately I was able to get his texts and phone call near the beginning of the meet and had arrived back at Georgia's and had partially charged my phone before the call from the trainer. My stomach still churns when I imagine the scene. But it taught him to hydrate well, and he hasn't ever felt like that since!

Back to the trip...we spent Friday exploring Albuquerque! We found a place that serves peanut butter lattes and mochas! What a mouthful of joy!! 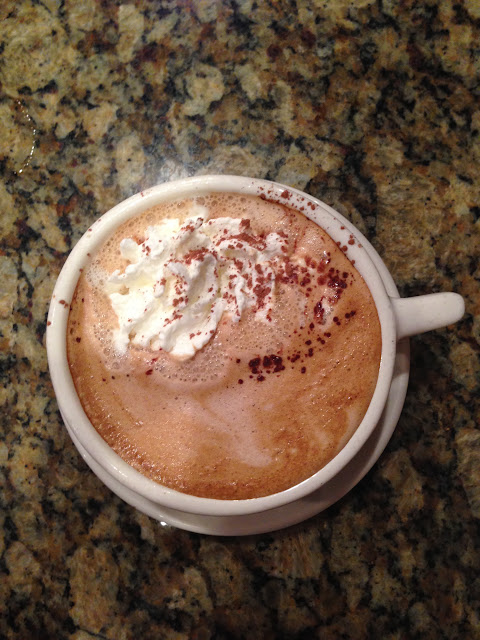 Most of the places we ate had been recommended by someone, but we took a risk on lunch. The food was as good as the name of the soup! ü 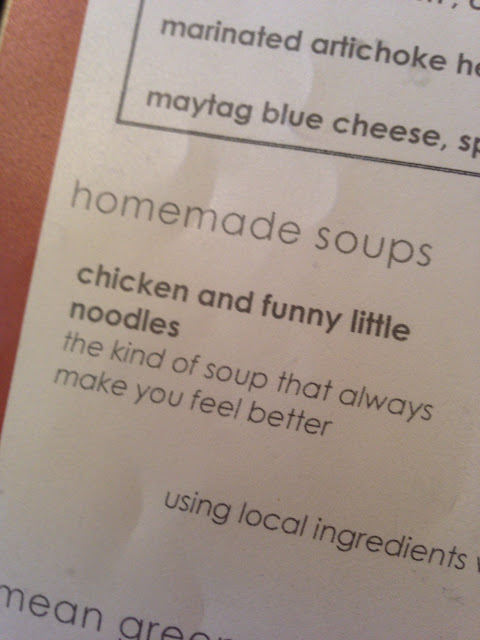 Since the weekend was upon us, and all of Georgia's family was home, we returned the rental car that afternoon. It worked out really nicely because Gary happened to work nearby and was able to pick us up. We spent the rest of our time hanging out with their family. Their oldest son and his wife came over for dinner and The Walking Dead. We enjoyed delicious Mexican Food that was a little different from our usual Tex-Mex, and I rediscovered my love for green chiles! We watched some March Madness, and Laurien and Eli played with toys from their childhood... 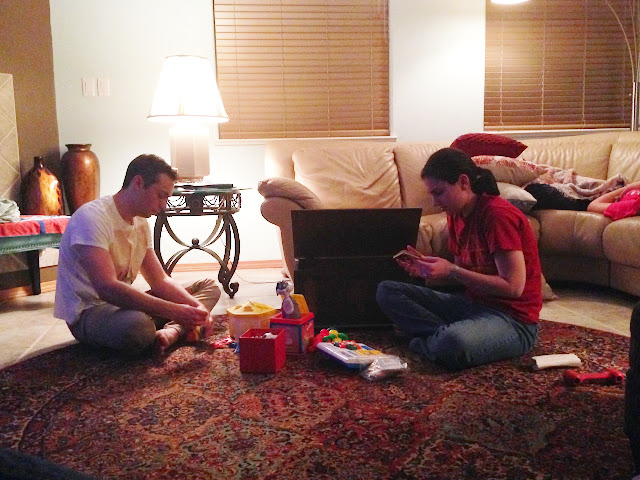 We also went to some antique shops before going to church on Saturday night... 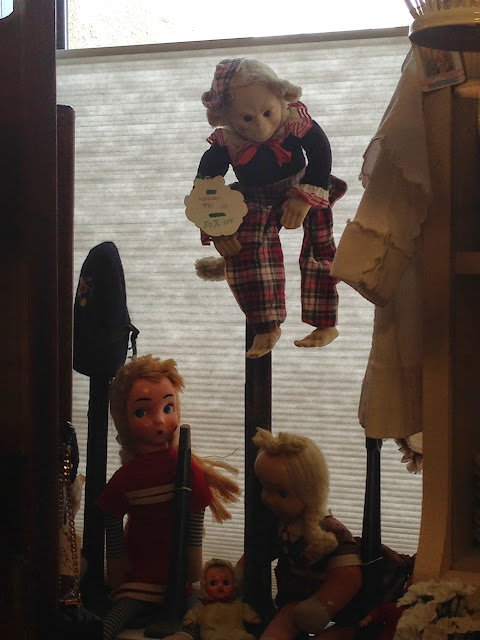 Our trip home was pretty uneventful. Laurien and I had a funny discussion about introverts vs. extroverts at the airport. I got some coffee while we waited for our flight, and she was laughing at me when I got back to our seats. She had witnessed me talking to a couple of men while I waited for my coffee, which is something she wouldn't have done. I said, "Well, you were curious about the matching clothes, weren't you?" There was a large group of college guys in Hawaiian shirts, and all of the introverts were probably wondering why. People like me aren't afraid to ask, so I discovered that they're a baseball team whose coach used to live in Hawaii. Curiosity satisfied. ü

Anyways, we had a really great trip, and I would love to do it again! We traveled well together, shared food well, and were perfectly content to do activity or just sit and chill. It was pretty perfect. Georgia and her family treated me like one of their own, and I am so thankful that we had the opportunity to spend time with them!

Zion said…
I have mellowed out some over the years probably thanks to all of my introverted friends, but I am still definitely an extrovert at my core and I would definitely ask! I have had the same conversation with my husband/friends though. Sounds like a nice easy going time. Glad you remembered share about it!
September 16, 2015 at 1:29 PM