I just realized that I've never posted today's song, but I should have already! In my lack of blogging, I guess it sorta fell through the cracks somehow. Have you heard it? I just love it!!

I didn't get around to my normal post last weekend, but I'll catch you up on things now...

So we've been doing a little back to school shopping lately... 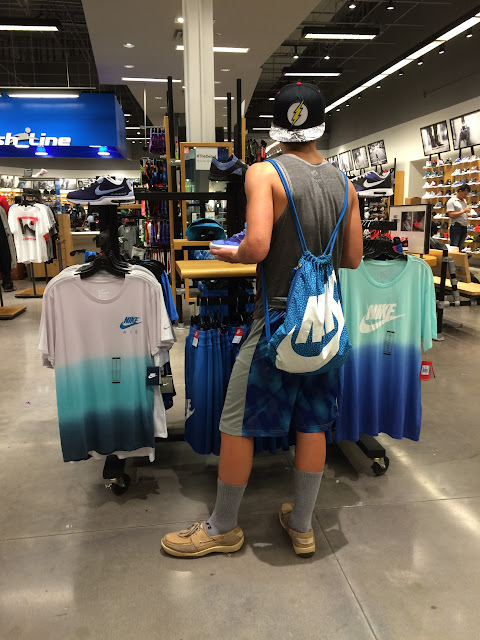 ...and some eating out (since we couldn't go shopping until after work). 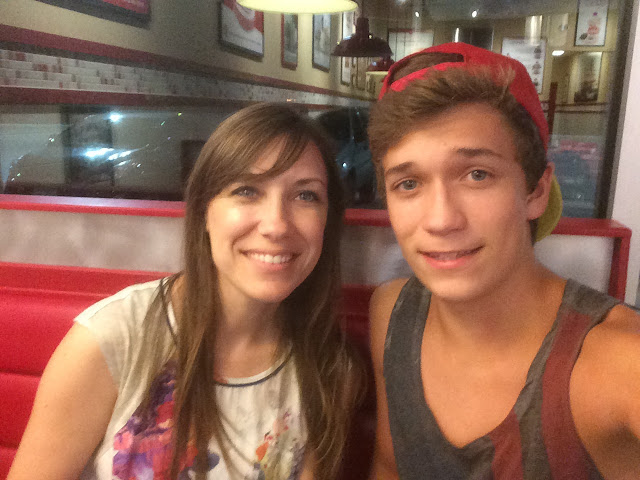 Ftr, I've been shopping with my baby girl, too, but I failed to take pictures with her. I did take a picture of a store where we found a good deal on shoes for her, though! {In case you're wondering why I took the picture, Laurien has been waiting for it to open, so I let her know that the day has come!} 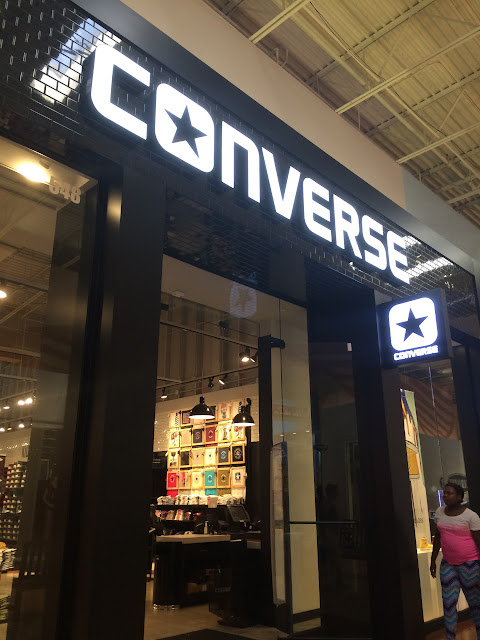 And because we found such a great deal on Elly's shoes, we were going to return a pair that we had already bought at Journey's. But instead of returning them, I actually exchanged them for a new pair of TOMS for me. Laurien can attest to the fact that I've been wanting a new pair for quite awhile. So while I hadn't planned on buying a pair that day, it wasn't really an impulse buy. Not sure why I felt the need to justify this, but I did! 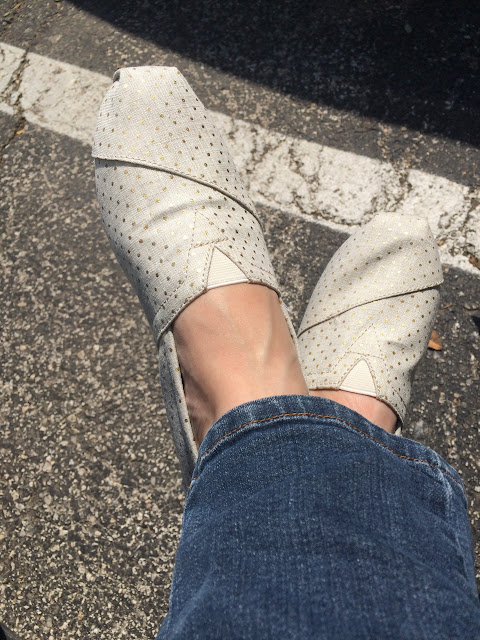 Speaking of shoes...We spent a lot of time looking for Cody's shoes, partly because he's picky and partly because I'm too frugal for his pickiness. Once we remembered that I had a Sports Authority coupon and he had a Sports Authority gift card, we were able to find both the shoes he wanted and the price I wanted! :) Random side note...When Cody and I shop for shoes, we pretend that these are for Kirby: 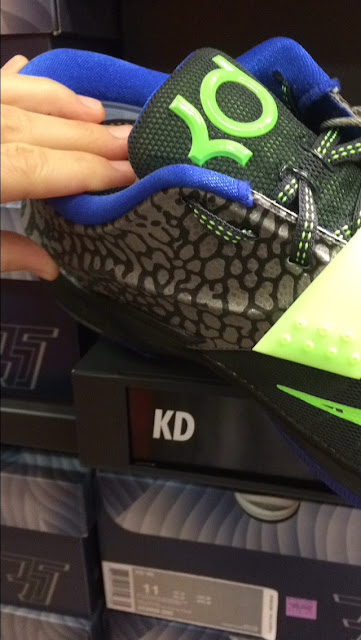 They're basketball shoes, and Kirby' a runner. But they're his initials, so we can still pretend, right?

Speaking of running...we're three or four weeks into cross country practice. So we've been up and out of the house before the sun again, gearing up for the start of school... 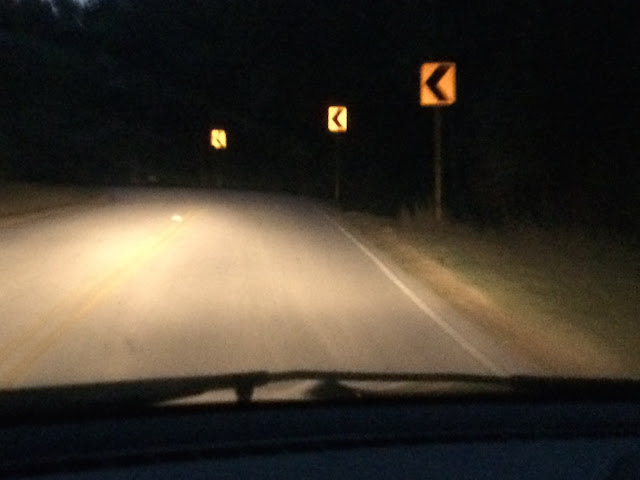 And speaking of school...Cody & I went to freshman orientation at high school! 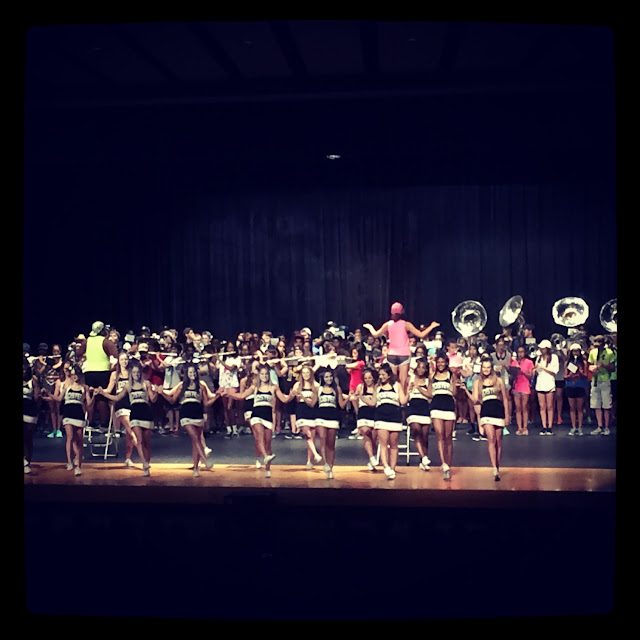 {How are we here already?!}

Part of the reason I didn't do my normal post last weekend is because it was rather busy...

...We celebrated Brian's birthday last Friday night! Check out this amazing platter of sushi that we shared before heading back to Brian & Jana's house for cake, ice cream, and swimming! 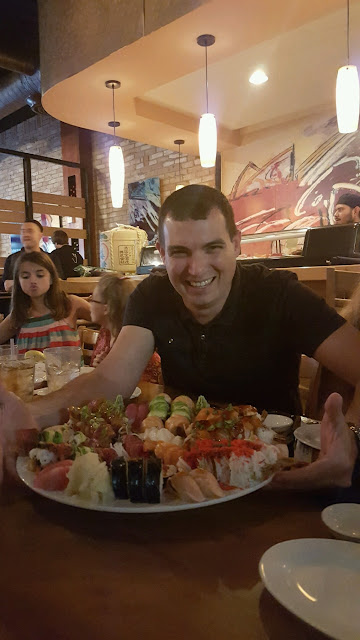 ...We had a little house guest for the weekend!

...Kyla's son Caleb (my former red team buddy) is heading off to college soon, so we went to a send-off party for him on Saturday night! 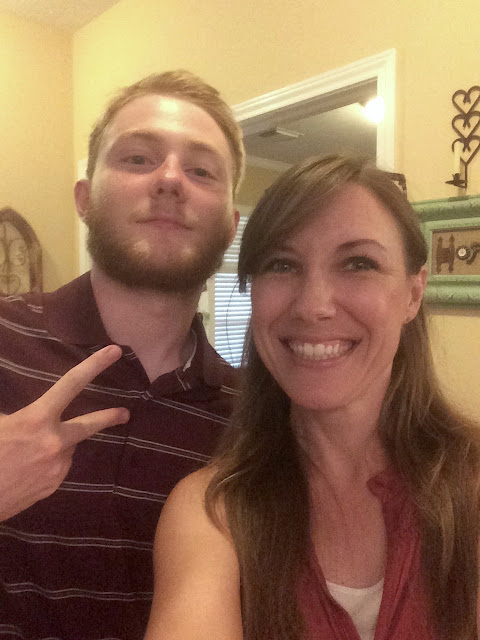 ...and we said goodbye to my friend Ashley's family. They have moved up to the Dallas area, and I'm sad about it. Fortunately it isn't too far away, though. 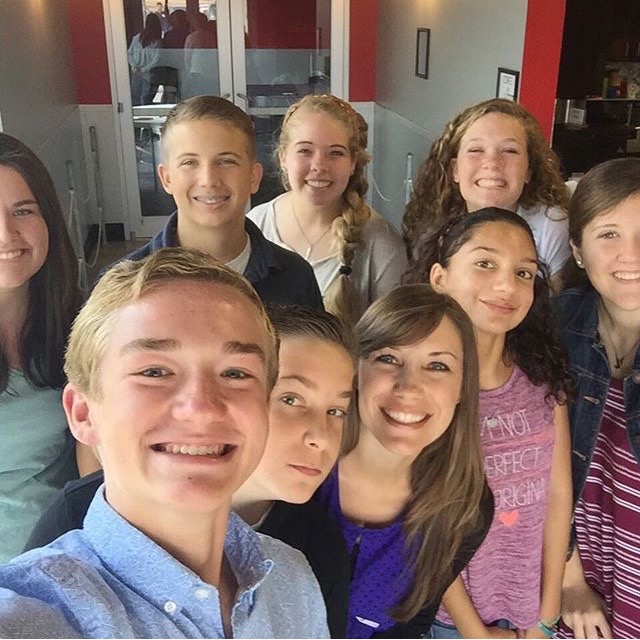 {Ashley's son Jake is the one at the very front of the picture. You may remember that he invited me to his going away party! ü}

Aside from weekend stuff [and in effort to keep things real around here] we've had disgusting little visitors in our household. I hope you don't judge me for this, but I think it's too ironic not to mention. We discovered lice on one of our kids' heads on the last day of school, then we discovered it again on the last day of summer. Good times...Fortunately it hasn't affected everyone in the house either time, but I've still washed everything like crazy! Ugh. We've been through it a few times over the past fifteen years, and I wouldn't wish it on my worst enemy. Not that I have a worst enemy, but still...

In happier news, we had a back to school event at the Warehouse on Friday night! We've never played bubble soccer before, but how fun does this look?! 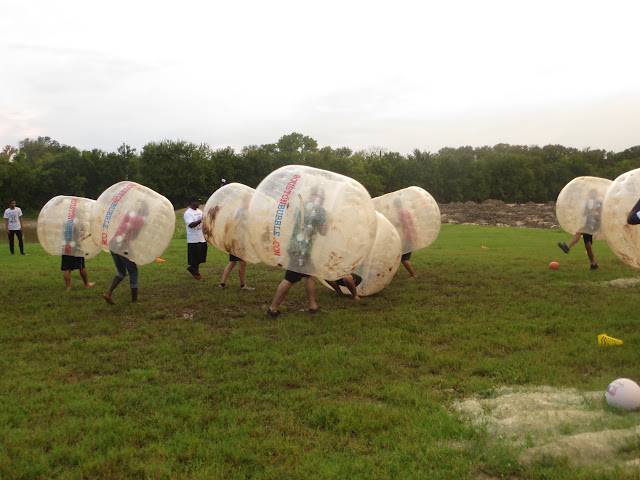 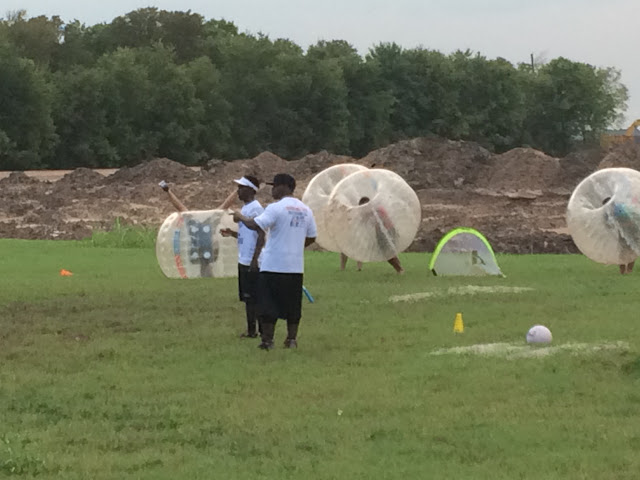 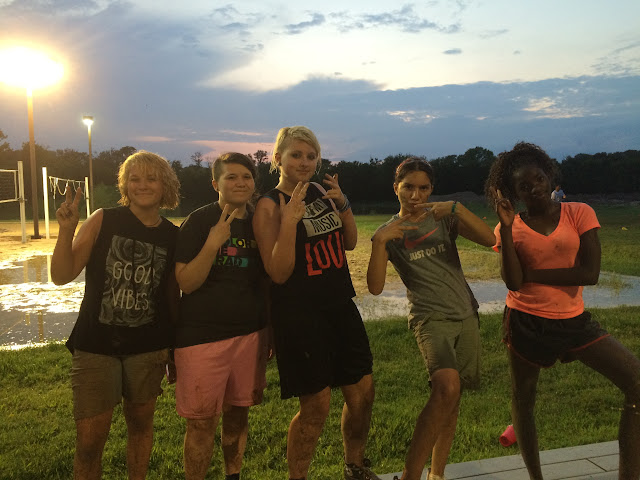 I just happened to be filming when the following happened!


Unfortunately, before the night was over, Cody [and Austin, pictured with Cody below] got injured... 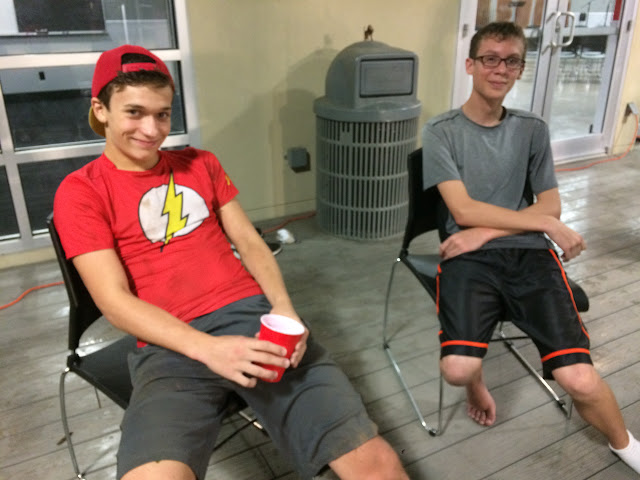 The injuries were not incurred while playing soccer, in case you were concerned about the safety of bubble soccer. I'm not entirely sure of Austin's circumstances, but a nail somehow sliced a good 11⁄4-11⁄2" gash on the bottom of Cody's foot. It may have needed stitches, but we were advised to wait until morning and see if it closed up on its own at all. Most of it had by morning, but I was still unsure about stitches. I texted a picture to Kloe' (who is a nurse) who happened to be with her mother-in-law (who is also a nurse), and they gave me some instructions. We're hoping butterfly stitches will do the trick (along with proper cleaning and medicating). It seemed quite a bit better this morning, so I feel like we did the right thing.

I know this is minor in the grand scheme of life, but Coach K said that he's running varsity on Friday, and I'm afraid this injury may prevent that. Maybe it sounds prideful, but I was really hoping to say that he was running varsity at his first high school meet. Am I being real too here? Whether he runs this week or not, I suppose we still have a chance to say that. It just may not be this Friday, huh? The other thing is that he can letter if he runs varsity a certain number of times, and he'd love to letter this year. Again, prideful, I know. If you'd please join me in praying for healing and/or humility -- whatever is needed most for both of us -- I'd appreciate it!

I hope y'all have a super great week! School starts tomorrow, so I have a feeling mine may be a little hectic! ♥

Zion said…
I can't believe how far behind I was :( the problem is I need to resubscribe because I don't get on blogger much anymore. Zion did those bubble ball things at camp. Looks like so much fun!
September 16, 2015 at 1:45 PM