This post may gross some of you out, but I'm posting anyways. I have a good reason to need a bit of a filler post today, and Cody started singing this song in the doctor's office the other day. So I decided it was worthy of a post, though I probably would've chosen The Coasters song...

As you may have figured out, my sweet boy got into some poison ivy. He has only had poison ivy one other time, and it was pretty bad then. This time was definitely worse! He got it when he was pulling weeds at the church a couple of weeks ago, and we had been treating it for a week and a half. Kyla, who is a pharmacist, had said that we should get him on steroids if it didn't clear up. But it seemed to be clearing up... 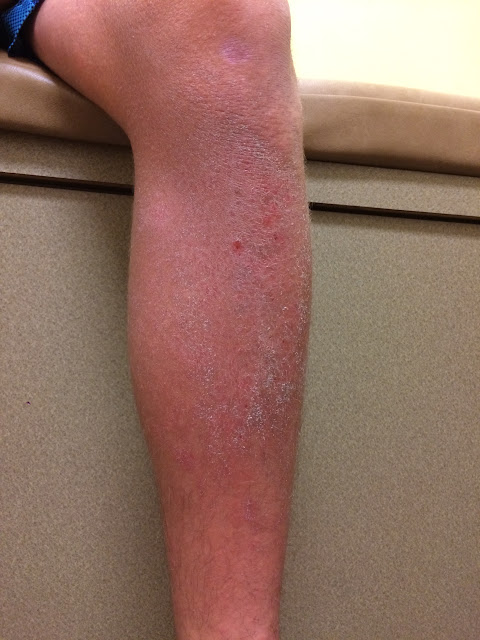 ...until cross country practice Tuesday morning. He got in the car and said that it was really hurting where the blisters had been around his ankle. Then he took off his shoe and discovered new blisters and hives... 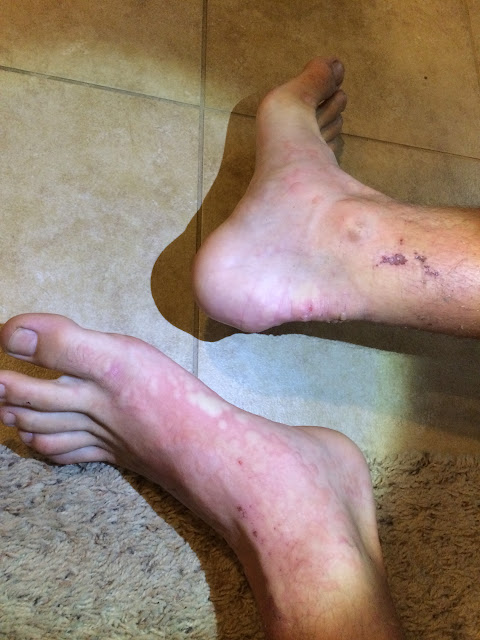 Obviously it wasn't clearing up! So I scheduled a doctor's appointment for him that morning. He really doesn't go to the doctor very often, and he still goes to a pediatric center. I don't think you can really tell in the next picture, but I felt like he looked like a giant there! The exam table was set so high for littles, so he ended up being incredibly tall. 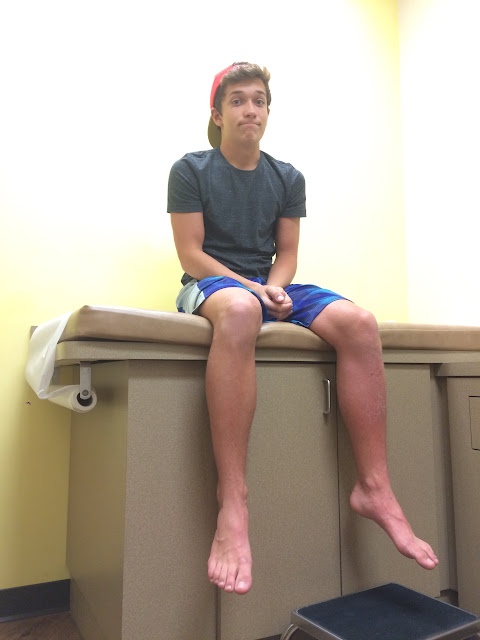 Anyways, the doctor prescribed steroids and warned us that he might be mean and hungry. Though he hasn't been just horrible, he has been a bit unreasonable a few times. We've jokingly referred to him as Roy (from Arrow) and Hulk! ;) I'm happy to report that, nearly a week after steroids, it has mostly cleared up!

Have you ever had poison ivy? If you've had it more than once, has it gotten worse every time?

Zion said…
Oh no! I have never reacted to poison ivy, but most of my family members have. My mom highly sensitive and she's been on steroids for it before. Poor Cody :( I'm glad it looks like he is on the mend.
August 17, 2015 at 9:56 PM