I didn't have the best week last week, so I didn't have much to post about. I also ended up with a super busy weekend, and I ran out of time to post. My Saturday totally made up for my week of funk, so I'll talk about that! :)

It started out with a trip to the north side of Houston for the USATF National Junior Olympics Track & Field Championships! Madi (one of my girls from church) ran the 3000m. She ran last year, too, but the championship was in Detroit. That's a little far for me to drive for an 11-minute race! My friend John went, too, so I hung out with him, Madi's mom & step-dad, Madi's step-sister Taylor {who reminded John & me soooo much of Laurien!} & Taylor's boyfriend, and some of Madi's teammates' parents. 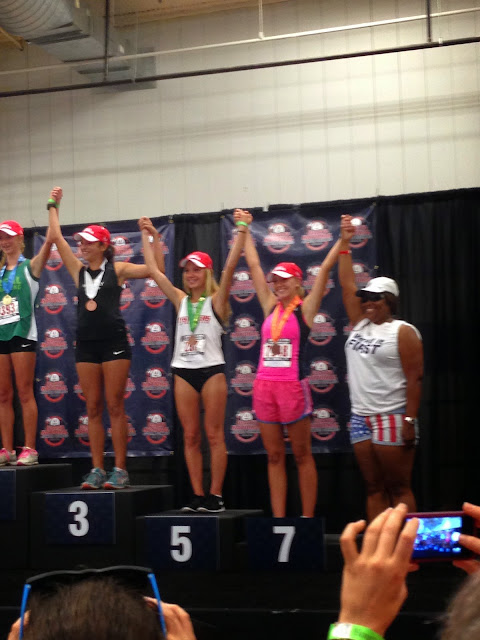 When we met up with her afterward, she asked her mom to take a picture of her with her church friends! :) 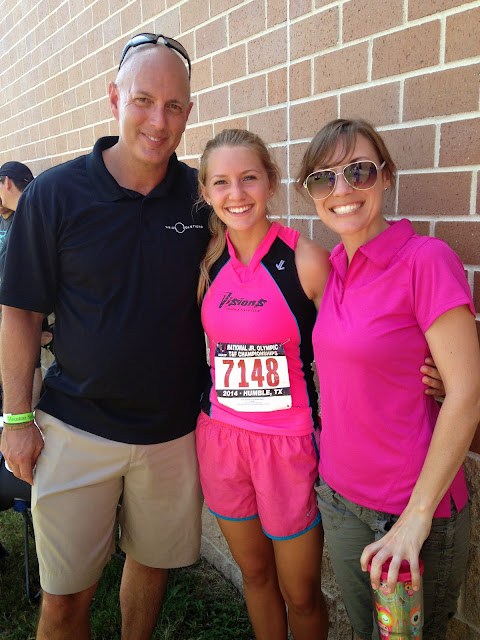 And here she is with some of her teammates: 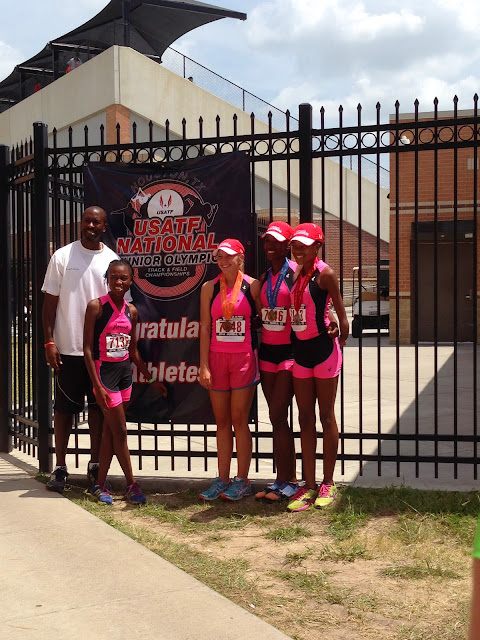 Sunday was our 18th anniversary! 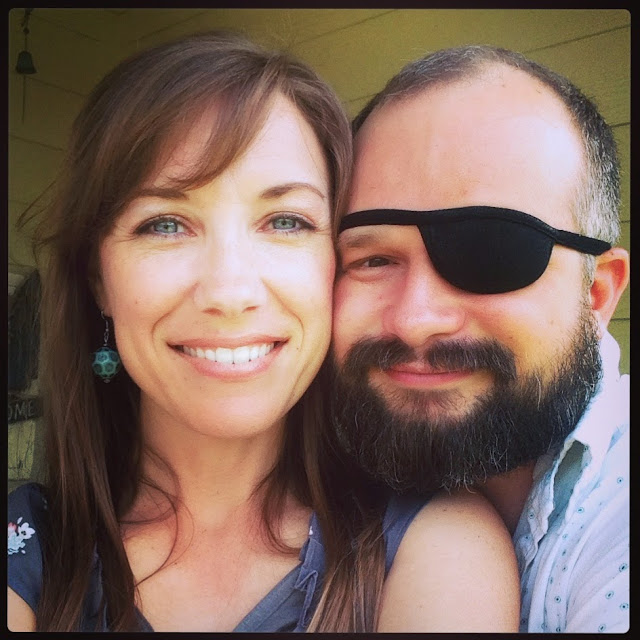 We had a busy morning with a Ministry Fair at church. Sadly, we had a funeral visitation for our old neighbor (who was only 18) in the evening. After the visitation, Chris & I went to La Madeleine. I wasn't hungry, but they have a good mocha! :)

The rest of my week was pretty good...

...we had staff meeting at Torchy's on Tuesday! 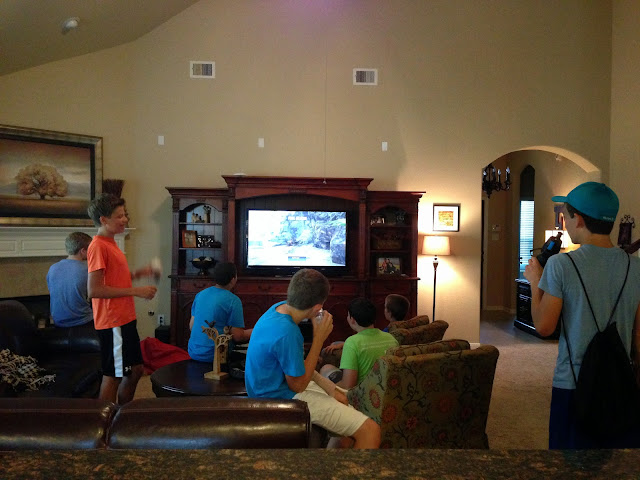 ...Wednesday was also our last Bowl Game of the Summer: 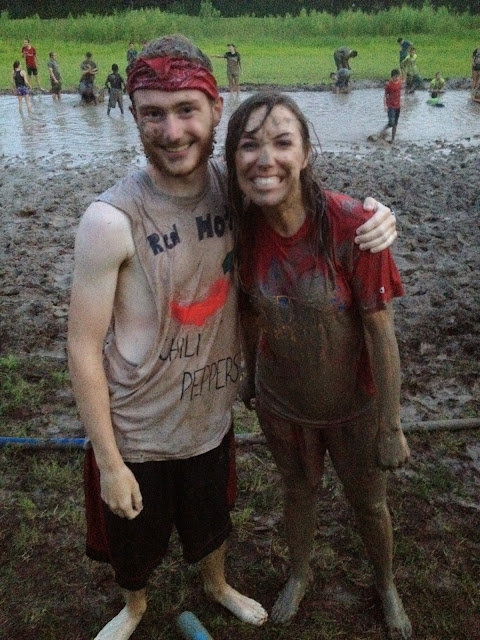 ...and Thursday was my birthday!! I have too many pictures to post right now, and there's still a bit more celebrating to be had. So I'll post birthday stuff by the end of the week. {I promise! I have the post started already. AND I have a song already plugged in!}

...the kids & I were planning on going to a water park with Elaine, Amy, and their boys on Friday, but the weather didn't look so great. Instead, we ended up having a leisurely morning at home and did some shopping in the afternoon. We found some frames for Christopher's office, which I hope to show y'all soon!

...I met up with some Houston-area OM peeps on Saturday morning. I had only met one of the ladies before, though I have been in communication with several others throughout the years. It was great to spend some time with people who can relate to all that we've gone through for the past [nearly] six years! I didn't take any pictures, but one of the ladies sent me the picture below. It's kinda small, but it's all I've got! :) 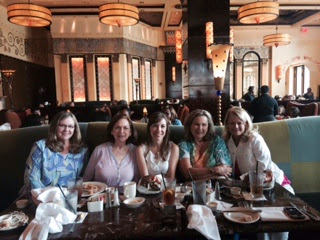 ...Saturday evening, Lindsay & I accompanied Laurien to get her first tattoo! :) Nicole spontaneously decided to tag along and got another one! 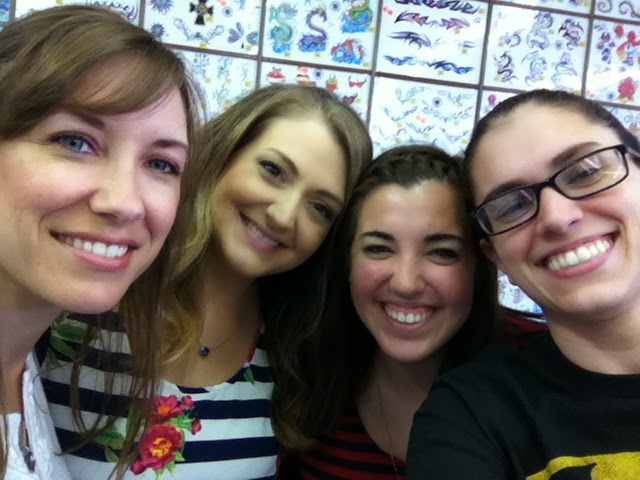 ....This evening we hung out with Wade, Amy, and Alex. It has been awhile since we've had the opportunity to hang out with them, so that was fun! The men went to the movies, and the rest of us hung out at my house for the most part. It was a good way to end the weekend!

Zion said…
Whoo! Busy busy. I totally relate when it comes to blogging. I have so many intentions, but it's hard to find the time to write about all of it!
August 4, 2014 at 8:52 PM