I'm not sure why I've never posted any Citizens & Saints (formerly Citizens) stuff before, but this one's my favorite! It's good stuff, so you should totally listen to it!

I hope y'all had a nice Thanksgiving. Ours was good! We followed Dad & P-Dub to her parents' house on Lola Lane... 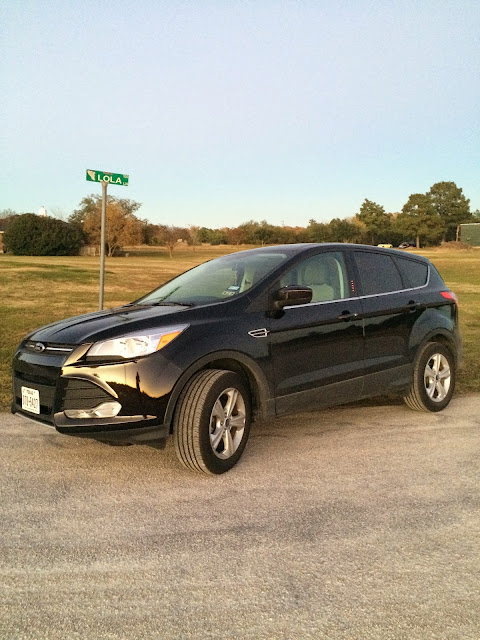 ...where we also met up with P-Dub's sisters and their families. I had only briefly met her sister and mom at the wedding, so the rest of the people were strangers. It was only slightly awkward at times. They were all welcoming, and all of the food was delicious!! 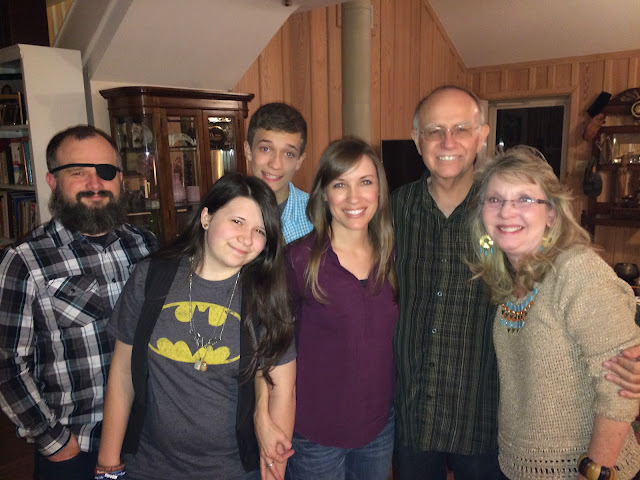 As for the rest of my week, a few things happened with no pictorial evidence...

I got to FaceTime with Sally in England on Saturday! It's always good to catch up with her! :)

We met up with Kerry's family at Mom & G's yesterday! We visited for a couple of hours, then my family and Kerry's family went to dinner. I wasn't entirely sure where we were going, so Wendy said she'd ride with me. I love when that happens, because then we usually end up with the girls in one vehicle and the boys in another. I'm not sure why that makes me happy, but it does! :)

Christopher saw his ocular oncologist on Monday. The pigment in the tumor is almost gone, so that's good. But for the high-risk reasons I've mentioned before, Dr B wants to continue seeing Chris every three months. I'm pretty sure I've said this before, but I really thought his visits to Dr B would be spread out a lot by this point! We're six years out, so we should see him every six months to a year now. I don't know exactly what he's looking for at these visits. There can be recurrence, but it doesn't happen very often. But it sucks that he still wants to see him every three months, because that means he's concerned about something. And as I've learned, he only tells us what he thinks we need to know, so I can't help but wonder what he's not telling us.

In other OM related news...Chris finally got approved for the scans that we started asking for in June! Yes, people, this is the longest we've ever had to wait. I really thought our insurance company was going to insist on waiting a year from the last scans (in February) and/or not allow them unless there were "worsening findings" as stated in their latest denial letter. But they have approved them, and we're hoping to have them by the end of the year (since we met the deductible in February). I'll let y'all know when we have a date on the calendar.

My "Sneaky Santa" showed up with yummy snacks the other day! 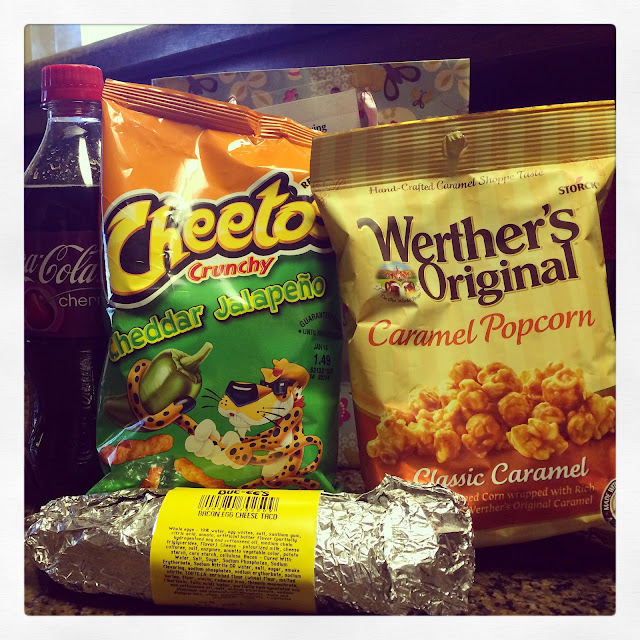 {I have a funny story about trying to deliver my gift, but I'll have to wait until after the reveal on the off chance that my Sneak Santa recipient reads this blog!}

We got the living room decorated for Christmas on Friday! It looks basically the same as every other year, so I won't bore you with a bunch of pictures. I did take this shot for Instagram, where you can see the ornament I got in India last year! :) 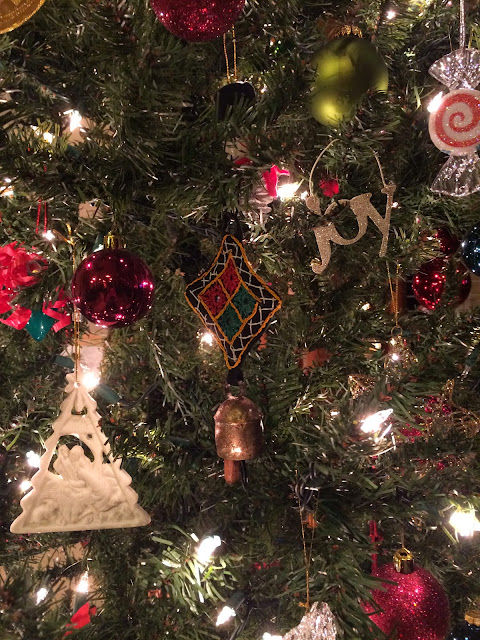 I was blessed with a freezer bag full of pecans from a couple at church this week! Though I could totally make toffee any time of year, I generally don't until now. I like tradition, but I'm thinking I should break with it and make toffee more often! 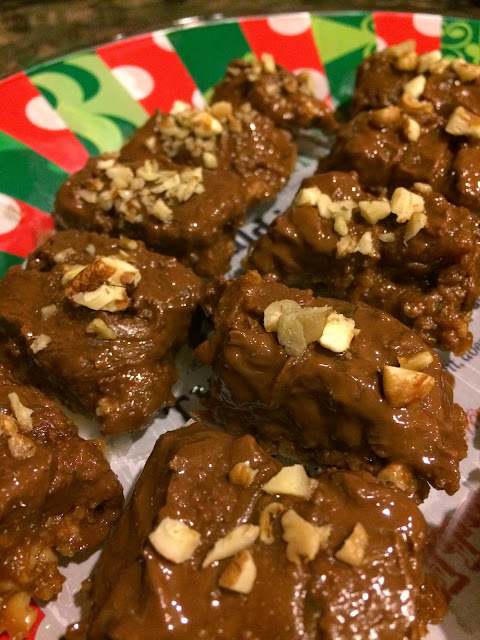 Laurien and I went to Houston on Saturday! We got some coffee... 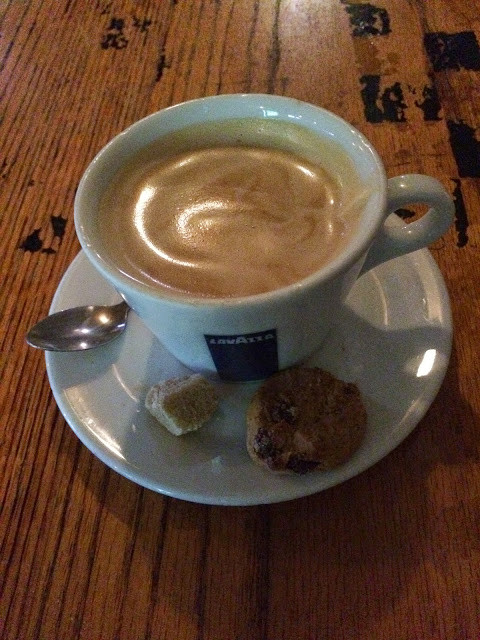 ...and I got a little something to mark 20 years of recovery from an eating disorder! 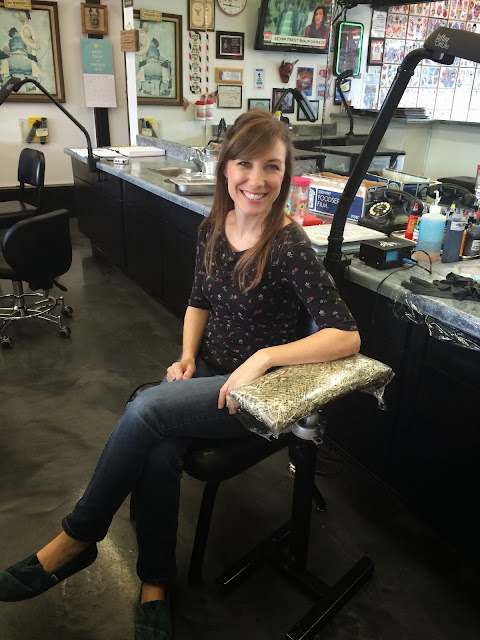 I'll post more about it when it has healed! :)

Brooke said…
great news about the scans! i'll pray that you'll get them in before the end of the year.
and happy anniversary!! hope you're doing well.
December 4, 2014 at 3:30 PM