I've had a good week and hope y'all have, too! It was mostly just a regular ol' week, but it was nice. Today's song is one of NTB's new ones. It has a fun sound, don't you think?!

I remembered to take pictures of my desk! If I had thought ahead, I would've taken before & after pics. But I didn't. Just imagine an olive green desk with formica (circa 1997), a hutch that was so high you could barely see my tall friend Scott (much less ME, and I'm a foot shorter than said friend), and no storage cabinet. Here's the finished product: 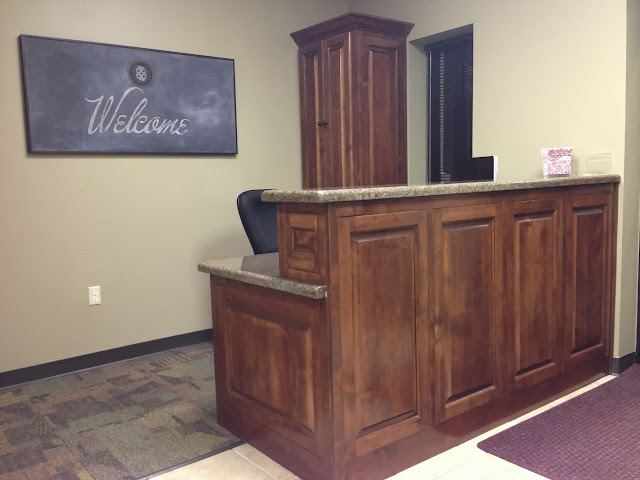 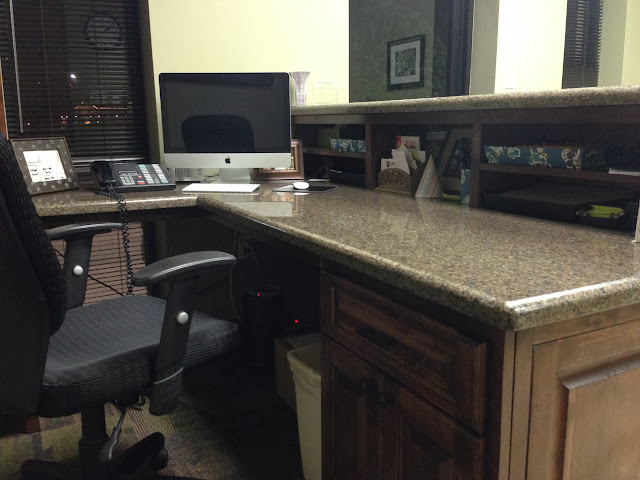 I was going to post the whole Facebook Look Back video thing like everybody else this week, but it made me cry. Three out of four of the most liked posts had to do with stupid cancer. And while they were about scans being clear, it was just a sucky reminder that the dragon is a part of our lives. And I didn't expect [nor want to be reminded of] that when I did it. I hate stupid cancer.

We hosted a group of nine 7th grade boys and a college leader for Disciple Now this weekend! My house is still intact and in fairly decent shape. But Silvie smells like BO, so I need to open all of her doors and air her out for awhile! On a serious note...is was a super great weekend! We had over 120 students from four youth groups in the area. They worshiped the Lord, heard some preaching, ate a bunch of food, had a hoedown(!) and served the community with some mission projects. I didn't take many pictures, but I got this one of Cody & his friends at the service project: 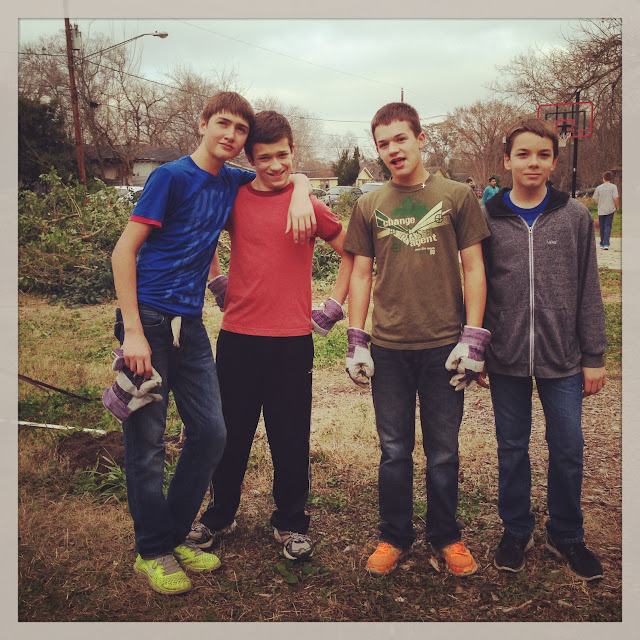 Well, that's all I can think of for now. I hope y'all had a super great weekend! ♥