So NEEDTOBREATHE started posting a bunch of videos on the day that I left for India, and I have finally had a chance to check some of them out! They're not official music videos or anything. They're mainly songs from albums with a picture of the album covers & track listings. But there are many songs that I haven't been able to find in order to post for y'all, so that's pretty super! There's also a documentary that's worth watching if you've got an extra 33 minutes or so. As for today's song, it's not the one I listened to the most. As usual these days, I have no idea what that would be. But this is the live version of my favorite song in the whole entire world. This is the song that I liked just fine but fell in love with after seeing NTB in concert for the first time. So anyways, this is the version that I listened to over and over again the entire way to Amy's & back one day. ♥

Before I forget...I'd appreciate prayers for wisdom and direction regarding Christopher's medical oncologist. I'll try to make this brief, because y'all already know most of the situation. We thought things were going well when we were able to schedule scans after six months (instead of waiting for a year, like the doctor had suggested at the last scans). Insurance approved a CT of the chest last week, which we thought was super! Then a few days later, we received a letter saying that they had denied a CT of the abdomen and pelvis. In case you forgot, the first site of metastasis is the liver (roughly 90% of the time, compared to about 5% in the lungs). So it goes without saying that the liver would be the most important place to scan. I never took an anatomy class, but I'm pretty sure the liver is located in the abdomen/pelvis region (not the chest). The medical oncologist would have to say that the abdomen/pelvis CT is necessary in order for insurance to approve the scans, but it looks like he isn't going to do that. We've provided adequate information to him, though he should know this if he's going to treat OM, right? So we're trying to figure out if we should appeal their decision, continue trying to convince the doctor to do the right thing, or switch doctors. Of course, there's no guarantee that a new doctor would cooperate, either. So that's what's going on these days. I tried to make it brief...

...dropped my kids off at school for the first time in a month. It was a bit hard getting back into the routine after so long. It almost felt like it does when summer's over!

...reunited with my India team for a debrief one night

...celebrated my sweet boy's birthday with a few of his friends from church: 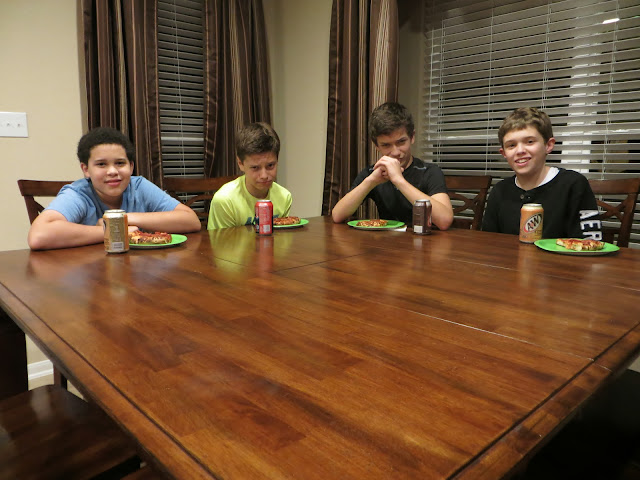 ...attended/hosted a wedding at the church yesterday

...got to share about India with the students today! Aaron heard that I had shared with my small group girls & felt like the rest of the students had been cheated, so he asked if I'd get up in front of everybody today. {Maybe one day I'll tell y'all about India, huh?}

...enjoyed a luncheon for my missionary friends after church today!

...probably did some other stuff, but I can't think of anything else right now!

Zion said…
How frustrating that you have to go through all of that with the Doctors! It really makes me mad and I don't understand. Good thing you are so educated about his condition. I will be praying. Hang in there.
January 14, 2014 at 12:13 PM