In case you didn't see my facebook status, I have officially become a Minnesota Vikings fan! Houston may be my hometown, but Ryan Moats is my homeboy! I grew up an Oilers fan; but since the Texans became a team while I was living in Dallas, I hadn't completely switched my allegiance to them. When we got to know Ryan, I became a fan ~ but I have said all along that I was a Ryan fan & would always be a fan of the team he was playing for! He was released from the Texans on Thursday and has now signed with the Vikings.

Speaking of Ryan, we had a super great weekend with him & his beautiful wife Tamishia. He invited us to stay with them while we were in the Dallas area for the wedding, & we had such a great time! We probably stayed up way too late both nights, but it's always worth it when you're hanging out with friends!

The kids loved the room that they stayed in ~ with the circle bed & pretty colors! 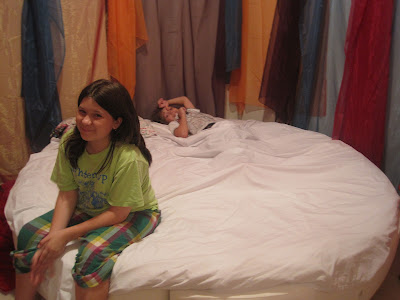 Here's a picture of the boys 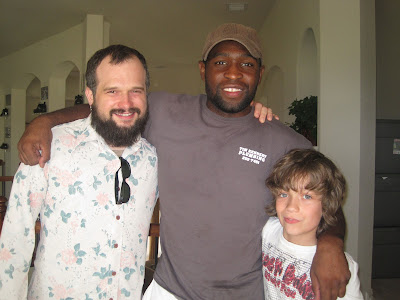 We went to Dave & Busters on Saturday night {is Tamishia not just beautiful with her pregnant glow?!} 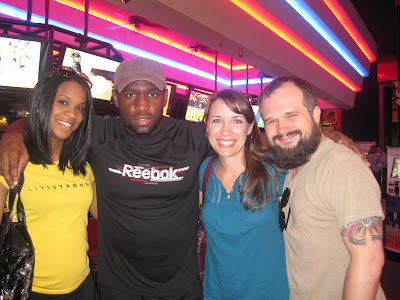 My mister played shoot 'em up games with Ryan 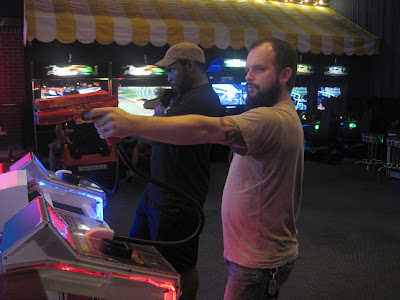 Gitmo is so fluffy you just want to snuggle with him all day {but, like our crazy dog, it's only on his terms!} 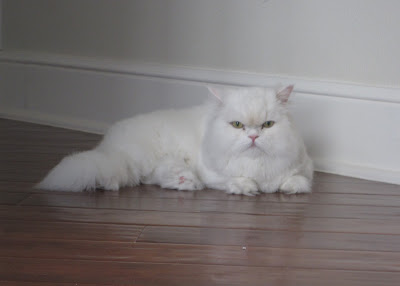 & because that picture didn't do his eyes justice, I had to include this one ~ are his eyes HUGE, or what?! 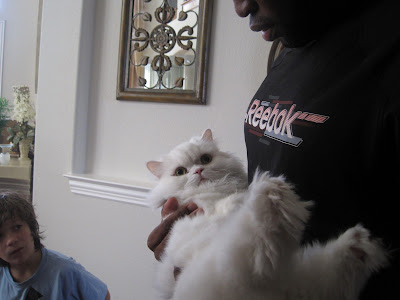 I'll be back with more about last week's trip as soon as possible. Until then, I don't suppose it'll be too easy to find a Vikings shirt around here, eh?

Zion said…
I know a lot of people that are like Brooke and root for the Vikings because of Brett Favre. I am glad you posted the second cat picture because in the first one he looks more mean than snugly ;) I haven't seen Elizabeth's post yet, but I am going to go check that out next.
June 16, 2010 at 10:58 AM